Mainstream media propaganda is telling you that science supports the CDC's recommendation to get an annual flu shot. The problem is that it doesn't.

In this video, I show how the mainstream media, by telling you to follow the CDC’s recommendation to get an annual flu shot, are doing public policy advocacy instead of journalism.

While the media tells you to “roll up your sleeve” because there are no legitimate reasons not to get the influenza vaccine, I go through just a few of the more obvious reasons why it might not be such a good idea, including the fact that systematic reviews of the medical literature have found the CDC’s recommendation that everyone age six months and up receive an annual flu shot is unsupported by scientific evidence.

Sign up for my newsletter and download my free report “5 Horrifying Facts about the FDA Vaccine Approval Process”.

Read the published installments of my major influenza vaccine exposé (a fifth and final installment is forthcoming): 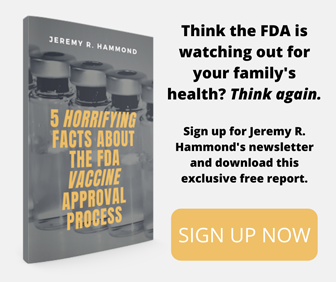 1) Should You Get the Flu Shot Every Year? Don’t Ask the New York Times.