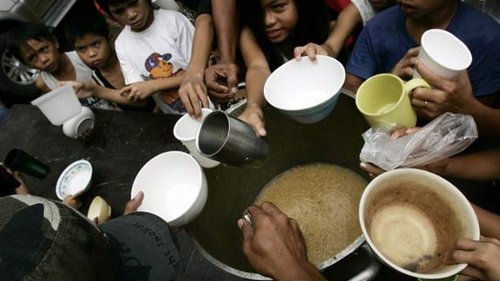 This article was originally published in the Palestine Chronicle on November 28, 2009.

The task of saving and reviving humanity oft times appears overwhelming when studied from a fully global perspective: occupations, wars, and terror abounds; starvation, disease, poverty, homelessness, accompany the wars and are also an integral part of global economic structures; of which, the current debt crises robs the working class of their wealth while the elites roll in the beneficence of corporate/government welfare. To top all that off is the rush towards global environmental changes, changes that are occurring at ever faster – and faster than predicted – rates, while governments put forth only mild platitudes acknowledging that there is a problem of some kind, placing weak futuristic recommendations out to try and placate the scientists and concerned public. It is enough to render reviewing books a seemingly worthless task when nothing changes and the inertia of the U.S. and western corporate/government/military liaisons continues to steer the ship of state, apparently without working radar or rudder, on its destructive course through this complex web of problems.

Palestine as the centre

When I first started my research/reviews, it quickly became apparent that Palestine was not only a metaphorical centre for the problems of many of the peoples of the world, but it is also the reality of much of the political-military manoeuvring that continues not only in the Middle East, but throughout the world, as the demands for resource control and market control begins shifting from west to east. Yet it is easy to lose site of the situation in Palestine.

Western governments for the most part, particularly the U.S. with its Canadian partner in crime, follow the Israeli line without question or opposition, blindly reciting the common rhetoric of ‘terror’ and more terror. Great Britain and the U.S. conspired against Iraq, as they did with Iran under Mossadegh in 1953, as they did in Afghanistan on into Pakistan, and as they are doing with Iran now. The real terror is that disseminated by the occupiers.

Returning to the media there are other problems. First is that of the compartmentalization of news items such that all these problems seem disparate and unrelated, horrible or terrible or scary, but not necessarily related. Accompanying this is the seemingly trivialization of these problems, reduced s they are to ten second sound bites that create captivating headlines but little weight of substance – in general a lack of thought, depth and wisdom. Even the documentary shows while adding more information, still attempt “balance” – the downfall of journalism – as true journalism should advocate a position based on total sums of information, accepting a perspective that evidence – rather than hearsay or meaningless rhetoric or mythological beliefs – supports.

Another problem with media is its tie ins with the corporate world and the constant barrage of advertising combined with dim-witted shows created for an audience that is not educated (and continuing to slip within the OECD education rankings) for anything more meaningful. The U.S. denigrates propaganda in all its forms within other countries, yet cleverly incorporates its propaganda into the daily life and routines of its citizens from the moment they can watch television and activate a computer. It is called advertising, consumption, saving while buying (an obvious contradiction in terms that everyone seems to accept), everything that is required to keep the populace happy, placated, and docile while the elite rampage through the world harnessing as much of its wealth as possible.

It is this same media that trivializes global warming as a matter of carbon emissions from cars and a few too many power plants without recognizing the gross consumptive habits of the west that requires more than our own planet for sustainability – unfortunately we only have one that is accessible to us. It is the irony of a magazine sponsoring a contest on ‘going green’, with part of the reward being more air miles. It trivializes the plight of the poor by telling us all that the recession is over…well, almost over…we need to all adjust to a new standard…that the poor need to pull themselves up by the bootstraps.

President Obama mesmerized enough voters to gain control of the helm of the ship of state in 2009, a ship of state fuelled by ‘hope,’ ‘change,’ ‘audacity,’ and a ‘yes we can’ attitude. All very nice, all very vague, all resulting in the ship of state barging its blind way through all aspects of troubled waters.

Obama’s most recent trip to the Asia-Pacific congress highlighted the diminished status of the U.S. in the region. Attending more as a supplicant than a leader, more of a follower than a leader, Obama still tried his wonderful rhetoric about cooperation and improving humanities plight, rhetoric aimed probably more at the U.S. domestic market than at the Asian countries, who have deftly moved around U.S. interests and are creating their own sphere of interest, or, probably more correctly, their system of tribute to China, the emerging giant in the area.

The Middle East wars are ongoing and have been expanded into Pakistan. More troops will probably be sent into Afghanistan while those in Iraq are destined to remain in their forts for some time to come yet. Covert operations and political manipulations have destabilized Pakistan, creating a hostility within its population against the U.S., while U.S. flyboy geeks operate computer consoles within the homeland in order to bomb ‘suspected terrorists’ half a world away, an easy task for those raised on video war games, collateral damage be damned.

Palestine continues to be ‘settled’ while ongoing house demolitions and many forms of terror are structured over the area as a whole under the control of the Israeli military. Obama back-tracked very quickly on his verbal support of stopping Israeli settlement building and turned it over to place it as a condition to restart the ‘peace’ talks, the unending series of Israeli delays and stalls that allow it to continue to occupy the territories and continue construction.

Other problems remain or loom larger for U.S. interests as they continue their unequivocal support of Israel. Lebanon internally has recognized the strength of Hezbollah and accepted its arms as a part of its identity. Iran continues to be harassed and threatened on the pretence of making nuclear weapons, while Israel, Pakistan and India receive a wink and a nod but no official condemnation of their nuclear programs – and North Korea remains a reactionary nuclear stalwart that the U.S. does not seem to know what to do with.

Oil, resources control, and the economy…and…

All this, apart from the religious aspect and the U.S. evangelistic right wing’s anticipation of Armageddon combined with Jewish zeal for a pure homeland, is about oil. But not just oil, but all other resources, and not just resources, but the control of those resources and the fear of a rising multi-polarity being led by the Chinese with accompaniment by a renewed belligerence of Russia and the rising economic power of Brazil and India among others (the BRIC nations).