The Rich Have Stolen The Economy 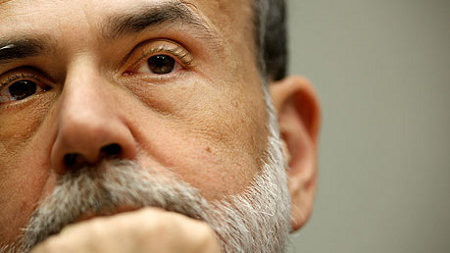 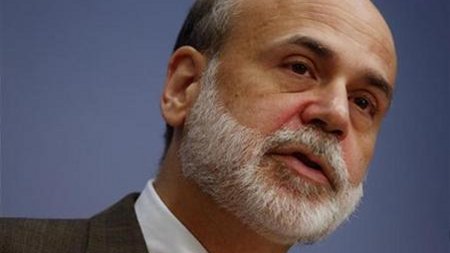 The gifts of billions of dollars of taxpayers’ money provided the banks with an abundance of low cost capital that has boosted the banks’ profits, while the taxpayers who provided the capital are increasingly unemployed and homeless.

JPMorgan Chase announced that it has earned $3.6 billion in the third quarter of this year.

Goldman Sachs has made so much money during this year of economic crisis that enormous bonuses are in the works. The London Evening Standard reports that Goldman Sachs’ “5,500 London staff can look forward to record average payouts of around 500,000 pounds ($800,000) each. Senior executives will get bonuses of several million pounds each with the highest paid as much as 10 million pounds ($16 million).“

In the event the banksters can’t figure out how to enjoy the riches, the Financial Times is offering a new magazine–”How To Spend It.”

New York City’s retailers are praying for some of it, suffering a 15.3% vacancy rate on Fifth Avenue.  Statistician John Williams (shadowstats.com) reports that retail sales adjusted for inflation have declined to the level of 10 years ago: “Virtually 10 years worth of real retail sales growth has been destroyed in the still unfolding depression.”

Meanwhile, New York City’s homeless shelters have reached the all time high of 39,000, 16,000 of whom are children.

New York City government is so overwhelmed that it is paying $90 per night per apartment to rent unsold new apartments for the homeless. Desperate, the city government is offering one-way free airline tickets to the homeless if they will leave the city and charging rent to shelter residents who have jobs. A single mother earning $800 per month is paying $336 in shelter rent.

Long-term unemployment has become a serious problem across the country, doubling the unemployment rate from the reported 10% to 20%. Now hundreds of thousands more Americans are beginning to run out of extended unemployment benefits. High unemployment has made 2009 a banner year for military recruitment.

A record number of Americans, more than one in nine, are on food stamps. Mortgage delinquencies are rising as home prices fall. According to Jay Brinkmann of the Mortgage Bankers Association, job losses have spread the problem from subprime loans to prime fixed-rate loans. On a Wise, Virginia, fairgrounds, 2,000 people waited in lines for free dental and health care.

While the US speeds plans for the ultimate bunker buster bomb and President Obama prepares to send another 45,000 troops into Afghanistan, 44,789 Americans die every year from lack of medical treatment. National Guardsmen say they would rather face the Taliban than the US economy.

Little wonder. In the midst of the worst unemployment since the Great Depression, US corporations continue to offshore jobs and to replace their remaining US employees with lower paid foreigners on work visas.

The offshoring of jobs, the bailout of rich banksters, and war deficits are destroying the value of the US dollar. Since last spring the US dollar has been rapidly losing value. The currency of the hegemonic superpower has declined 14% against the Botswana pula, 22% against Brazil’s real, and 11% against the Russian ruble. Once the dollar loses its reserve currency status, the US will be unable to pay for its imports or to finance its government budget deficits.

Offshoring has made Americans heavily dependent on imports, and the dollar’s loss of purchasing power will further erode American incomes. As the Federal Reserve is forced to monetize Treasury debt issues, domestic inflation will break out. Except for the banksters and the offshoring CEOs, there is no source of consumer demand to drive the US economy.