Fatah: A New Beginning or an Imminent End? 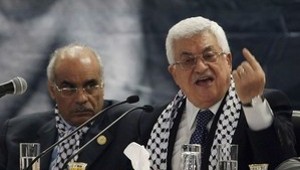 This is hardly the rational order of things. An overpowering military occupation was meant to be resisted by an equally determined, focused and unyielding national movement, hell-bent on liberation at any cost and by any means. This is the unwritten law that has governed and shielded successful national liberation projects throughout history.

Indeed, the long delayed Fatah Congress, held in Bethlehem on August 4 has underscored the obvious: the all-encompassing movement which was meant to exact and safeguard Palestinian national rights has grown into a liability that, if anything, will continue to derail the Palestinian national project.

This comes at a time when the Palestinian people are in urgent need of a collective response that is strong enough to withstand Israeli military pressure and coercion at home, eloquent enough to communicate the Palestinian message to a global audience, and astute enough to galvanize international support and sympathy to the benefit of Palestinian freedom and independence.

But what we witnessed in Bethlehem was a bizarre manifestation of the discord of self-seeking and self-imposed elites vying for empty titles, worthless positions and hollow prestige. The mockery started when hundreds of additional delegates were invited to join in the already bloated number of Fatah members with the hopes that their presence would bolster the position of this factional leader or that.

Oddly, the meeting place was occupied Bethlehem. The delegates of the ‘resistance’ movement must’ve passed through Israeli checkpoints and metal detectors to reach their meeting place and talk of hypothetical revolutions and imaginary resistance. Excluded were Fatah members who didn’t pass Israeli screening. Perhaps, they were not ‘revolutionary’ enough for Israeli taste.

Then the show started. One would hope to take an iota of pride in the fact that the delegates were not participants in a typical meet of conformists as is the case in ruling party conferences throughout the region. But this would be self-deceiving. The heated discussions which evolved into screaming matches, were of little relevance to the struggles and challenges facing the Palestinian people at home and abroad. It was not the plight of Gaza, nor the cause of the refugees, nor the best method of garnering international solidarity that invited the ire of most respected members. The disputes were most personal. A so-called younger generation trying to exact greater representation in the movement’s 21-strong Central Committee and the 120-member Revolutionary Council from the so-called Old Guard.

Many news reports reduced the ongoing turmoil in Fatah to sound bites and half-truths. The old recycled gibberish of ‘moderate’ Fatah was once more juxtaposed to ‘extremist’ Hamas; the latter’s violence with the former’s investment in a pretend ‘peace process’, those who want to live in peace, ‘side-by-side’ with Israel and those who want to ‘annihilate’ the Jewish State.

“Now the Palestinians – like the Israelis and the international backers of Fatah – are waiting to see the results,” reported the New York Times. True, but Palestinians were waiting for entirely different reasons.

Fatah has changed over the years. It started as a resistance movement of well-intended members, mostly students and young professionals in the 1950’s and 60’s. The young leadership was motivated by various factors, chief amongst them were the plight of the refugees, the lack of a truly independent Palestinian leadership and the failure of Arab governments to deliver on their promises to liberate Palestine. Resistance was in fact the core of Fatah’s liberation program.

One of the movement’s founders once wrote: “It was not only the experiences and the errors of our predecessors which helped guide our first steps. The guerrilla war in Algeria, launched five years before the creation of Fatah, had a profound influence on us. We were impressed by the Algerian nationalists’ ability to form a solid front, wage war against an army a thousand times superior to their own, obtain many forms of aid from various Arab governments, and at the same time avoid becoming dependent on any of them.”

Over the years, whether out of political of military necessity, internal divisions or any other factors, Fatah grew into a melting pot encompassing romantic revolutionaries and poets, wealthy elites and shifty politicians. It was a strange balance, but a balance nonetheless, which kept suspicious Palestinians hopeful that the revolutionary elements in Fatah would eventually prevail.

But following Yasser Arafat’s signing of the Oslo Accord with Israel, in 1993, the millionaires and their dubious politician allies won, turning Fatah into a giant company, feeding on the empty rhetoric of ‘peace’, financed by international donors, and operated by the movement’s ‘pragmatic’ elements, who allied themselves with Israel to preserve their gains, however insignificant.

That is why “Palestinians (were) waiting”, perhaps with the hope that Fatah would once more revert to its founding principles, with a coherent national project, stipulating unity of purpose and clarity of aim. It was not that Palestinians were hungry for violent resistance and eager to blow things up, but they longed for a Fatah that would once more institute resistance as an idea, as a culture, with all of its manifestations, infused as necessary. They wanted Fatah to go back to the basics, own up to the struggle of its people, as opposed to the quisling rhetoric that turned Palestine into a collection of political tribes, each armed with NGO’s, newsletters and bloated bank accounts in various European capitals.

One wants to decry this shameful episode in the history of the Palestinian struggle, but one ought to remember that history has a way of repeating itself. The faltering Fatah that was once established to represent the aspirations of the downtrodden Palestinian refugees is now facing the same historical imperative that other failed movements have faced in the past.

If Fatah fails to reclaim itself as a true national liberation movement, an umbrella that unites every facet of Palestinian society, then it will soon splinter and eventually dissolve, if not entirely disappear. But true challenge will remain; whether those who will carry the torch will learn from the “experiences and the errors of (their) predecessors.” Time will tell.