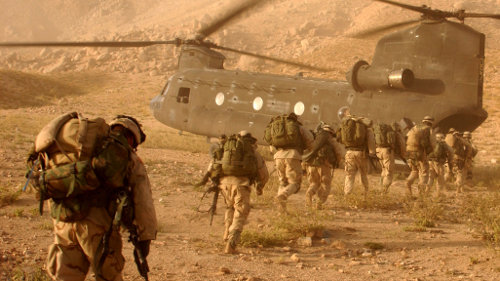 The neo-cons led by with Dick Cheney, who at that time represented American oil interests, had visualized multiple advantages in colonizing Afghanistan much before 9/11 occurred. For controlling and moving oil and gas from Caspian Sea and Central Asia, whose deposits are considered critical to future global supply but which could not be transported to a seaport for lack of pipelines, Afghanistan was indispensable. So was Pakistan. 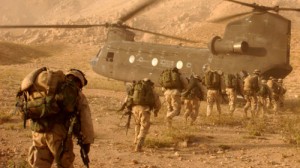 Besides, this colonization could serve several other geo-political interests. From there America could contain and infiltrate Iran, Russia, Turkmenistan, Uzbekistan, Tajikistan, China and Pakistan and deny China the use of Gawadar port and Pakistani Baluchistan’s land corridor for transporting its oil and industrial raw material. It could install India as its proxy regional power to control the rise of Jehadis and Chinese influence once it leaves and use Afghanistan to launch operations for denuclearizing Pakistan, Balkanizing it in the process.

Nine-eleven was accordingly orchestrated, Al Qaeda blamed, Afghanistan attacked and the Taliban overthrown. Behind the façade of threat to American security and the war on terror, Afghanistan’s occupation began.

Eight years later, this military adventure has come to haunt America. A poorly executed war allowed the Taliban to stage a comeback. The American people, used as pawns in this game of greed and power, ended up paying dearly. The neo-con dream of occupying Afghanistan remains unfulfilled.

Obama chose to go along with this neo-con drama. He increased troop strength by 17,000 and committed additional resources to strengthen American forces in the Taliban strongholds, a measure that his commanders felt offered too little too late.

But faced with an unprecedented economic crisis and much more contentious and pressing domestic issues, Obama is in no position to commit open ended military presence and unlimited spending in Afghanistan. This seriously limits his ability to take the war to a decisive level. And if he does further escalate it, he will lead America into another Vietnam looking worse than Bush, who is despised for America’s current troubles. Obama can then forget a second term when he faces the war weary voters in 2012.

As for the Taliban, their ranks continue to swell with time. More determined, adequately funded and battled hardened under Mullah Omar, who faces neither angry voters nor popularity polls, they have nothing to loose and everything to gain in their Jihad against ‘infidel’ invaders. Time is on their side, poverty is their way of life and in Jihad lies their salvation. Already a formidable force in the country’s future political dispensation, they smell victory and will never concede defeat.

With this grim outlook and mid term elections not too far away, Obama must take a hard look at his Afghanistan policy. Ground realities demand disengagement from this ruinous war sooner than later.

He does face some dilemmas. He cannot afford to be seen belittling the specter of Al-Qaeda and Jihadist threat to American security that has been hyped to no end by the Republicans. If Obama calls this neo-con bluff about ‘war on terror’, no matter how phony and ill conceived it was to begin with, the Democrats will face difficult time come next elections.

Then two of his allies, Israel and India, want Obama to denuclearize Pakistan before departing from Afghanistan. For India a nuclear Pakistan obstructs its dream of regional hegemony and a belligerent Israel wants to see a Muslim Pakistan denuclearized to eliminate even an outside chance of a Muslim nuclear response to its attitude towards Palestinians.

There is an international dimension too. The sight of the American military giant, the Goliath, limping back home abandoning the much trumpeted war on terror, could signal American withdrawal from the world stage at a time when its monopoly on power is being challenged by emerging power centers. This would badly compromise Obama’s ability to wield political and military influence in Europe and elsewhere, embolden Russia and give Jihadi movements a shot in the arm.

Obama has until 2011 to find solutions and gracefully walk out of the Afghan misadventure claiming credit for wrapping up a nasty war. A Vietnam-like disgraceful exit would be a disaster that can be avoided by understanding the limits of American power and its inability to pursue the doctrine of “full-spectrum dominance” any more. Obama will have to display a high degree of statesmanship.

Work on exit strategy has reportedly begun. His partial surge might enable him to negotiate from a position of some strength with the Taliban with whom Saudi Arabia presently negotiates as interlocutor. The Taliban demand withdrawal of foreign troops before any sustainable agreement is reached. This demand will have to be met.

If Obama succeeds in moving the conflict to a close he will have to recognize that Afghanistan is no more an American-Afghan issue but has assumed international character. Other than Afghans, there are Afghanistan’s neighbors who also have a stake in its future political framework. Hence a multilateral solution seems inevitable to avoid destabilizing the region.

For Obama it will be prudent to gradually withdraw from this imbroglio, leaving it to the UN Security Council to negotiate and implement such an arrangement. Under a mandate of the UNSC an ‘Afghanistan Group of 7’, comprising five permanent members plus Pakistan and Iran should be created and tasked to oversee the gradual withdrawal of foreign troops to be replaced by a UN peacekeeping force. It should also supervise political reintegration, constitutional reform and reconstruction while also eliminating drug production and trade.

The Group should also lay down and implement the principles of Afghanistan’s neutrality and international obligations to eliminate terrorism and deal and diffuse any situations that may arise from time to time. The 19th century Belgian neutrality model could perhaps be followed.

Given its strategic location and deep divisions along ethnic lines, Afghanistan would always be open to exploitation by outside powers and neighbors to further their own strategic goals. It would be wise, therefore, to impose a ‘stand still arrangement’ on foreign interventions as well as security threats emanating from that country.

Since the outcome of this arrangement would be conditional to the role and conduct of the contiguous neighbors, namely: Pakistan, Iran and China, they will have to agree to a policy of non-intervention.

While this option is worked out, important regional issues must be addressed.

Pakistan being central to any Afghan solution, its geopolitical sensitivities must not be ignored. Increasing Indian engagement in Afghanistan that Pakistan deems hostile to its security, if not addressed, will force Pakistan to seek Taliban support to neutralize Indian threat. These Indo-Pakistan tensions can jeopardize the multilateral arrangement. Under international pressure both India and Pakistan should be made to enter into a bilateral peace accord to help resolve contentious issues, moving both countries towards peaceful coexistence.

Although Iran has been helpful in the past, its current tensions with the US will likely cause it to refrain from supporting the multilateral arrangement. A way must be found to bring Iran into the mix.

Similarly, Russia’s apprehensions about American intentions to marginalize it and threaten its interests by manipulating the Central Asian states will have to be allayed. Russia, India, Iran and the Northern Alliance will also have to be persuaded to accept and support the Pashtun dominated government in Kabul.