The Real Tragedy: Who Killed Arafat and Why? 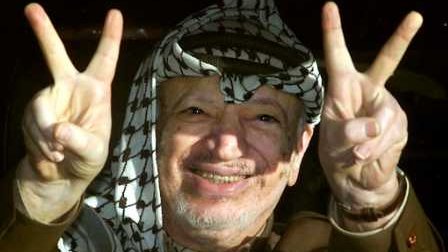 Who killed Yasser Arafat? When the Palestinian leader was declared dead in a French hospital on Nov. 11, 2004, there was no way of knowing how questions related to his death should be phrased. Was he killed or did he die from old age? If he was killed, then who killed him and why?

The “mysterious” nature of his symptoms gave birth to a theory that he was poisoned over a period of time, provided enough evidence that foul play was involved, even accusing some of those closest to him. Although the man’s story has been recorded in the ever-growing chronicle of the Palestinian struggle and Palestinians have somehow moved on, recent breaking news has blown his story wide open once again, breeding new controversy and stories of conspiracy. 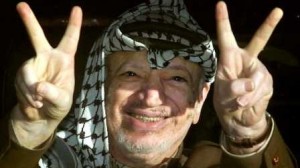 Nearly five years have passed since Arafat died. During those years, a number of high-ranking Palestinian leaders, especially from the Hamas movement, have been assassinated by Israel in various and consistently gory methods. Among Palestinians, Arafat is referred to like all those killed by Israel, as a “martyr”, an indication of the widespread belief that his death was hardly the result of natural causes.

If Arafat was indeed killed and since his death was not caused by an Israeli airstrike or an assassin’s bullet, a key question has been lingering, giving rise to all sorts of answers — who killed Arafat and how?

Israelis made little secret of their desire to see Arafat dead. Former Israeli Prime Minister Ariel Sharon expressed regret in a newspaper interview on Feb. 1, 2002 that he hadn’t killed Arafat decades earlier when he had had the chance. Sharon told Israeli newspaper Maariv that he should have “eliminated” Arafat during the invasion of Lebanon in 1982. “Do you regret it (not killing Arafat)?” he was asked. “Certainly, yes,” he replied.

On the day of Arafat’s death, BBC news carried comments by then Israeli opposition leader Shimon Peres, saying it is “good that the world is rid of him…. The sun is shining in the Middle East.” Held hostage in his bullet-riddled West Bank office for years, Arafat represented an international embarrassment for Israel. He was not “moderate” enough to concede all Palestinian rights, but ‘moderate’ enough to maintain an aura of international attention and support among Arab, Muslim, European and other nations.

Still, in the minds of some, Arafat was determined, and often declared to represent an “obstacle”. The PA’s truly “moderate” camp disliked him for his tireless compromises aimed at preventing factional infighting, thus blocking their attempts at dominating Palestinian society. Israel despised him for numerous reasons, not least his refusal to “concede” issues of paramount importance, such as refugees and Jerusalem. The Bush administration took every opportunity to discredit, discount and insult him, constantly propping up an “alternative” leadership, namely, Mahmoud Abbas, Mohammed Dahlan and others.

Strangely enough, even Abbas and other high-ranking PA officials refer to Arafat as a “martyr,” especially whenever they need to capitalize on his legacy among low-ranking Fatah members and ordinary Palestinians. But the story was meant to end here, with Abbas and Dahlan, carrying the torch of Arafat the “martyr” as they continue with their rhetoric-based “revolution” to liberate Palestine.

That was the case until the second highest-ranking Fatah member and one of the PLO’s most visible leaders, Farouk Qaddoumi, went public with a document that contained some unanticipated surprises: that Abbas and Dahlan, along with Sharon, US Undersecretary of State William Burns, and others jointly plotted the assassination of Arafat. Qaddoumi’s document contained the minutes of that meeting, in 2004.

Qaddoumi broke the news in a press conference in Amman, Jordan on July 12, 2009, asserting that Arafat had entrusted him with the minutes of that secret meeting involving top Israeli, Palestinian and American leaders and officials. The plot, according to Qaddoumi, included the assassination of other Palestinian leaders; some of them have indeed since been assassinated, while others are still alive, thanks to the failure of Israeli missiles and car bombs.

Expectedly, the Ramallah-based Fatah leaders launched fierce verbal attacks against Qaddoumi, questioning his objectives, timing and even his sanity. Abbas accused Qaddoumi of wanting to torpedo the Fatah faction’s long-delayed congress, scheduled to convene in Bethlehem on Aug. 4. “He (Qaddoumi) knows full well that this information is false; he has released it to undermine the convention but we are continuing with the preparations,” Abbas said. Qaddoumi had in fact criticized the convention of a supposedly “revolutionary” movement held with Israeli consent, if not support.

The fact is, we may never know the authenticity of Qaddoumi’s report without an independent investigation or irrefutable evidence. However, just as with Arafat’s death, conclusive evidence is not always required for the public to formulate an opinion. Considering Israel’s threats to Arafat, Palestinians have no reason to believe that Israel did not kill him. Similarly, ordinary Palestinians, especially those in Gaza, have little reason to trust that corrupt Palestinians were not involved in Arafat’s death. A clique of the Palestinian elite have made it clear that their personal interests surpass those of the Palestinian people; Dahlan openly advocated the toppling of an elected government in Gaza as the Ramallah-based “revolutionary” movement, was dispatching US-armed and trained Palestinian fighters to crack down on Israel’s enemies in various West Bank towns.

As bizarre as all of this may sound, it is at least enough to explain why Palestinians are willing to believe the recent statements made by Qaddoumi, a respected figure among all Palestinian factions. True, Qaddoumi’s accusations have yet to be authenticated by an independent investigation, but they are made in a fractious, if not peculiar political context that makes them most plausible and, in a sense, that is the real tragedy.