So, we are terrorists! 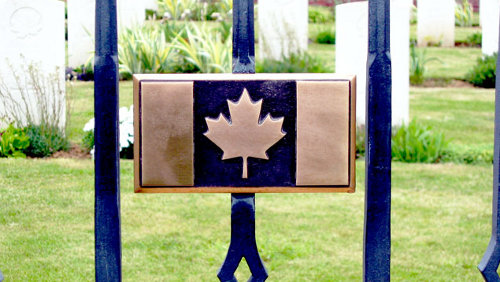 Once Dr. Hossein Beik-baghban, a renowned Iranian professor of Oriental Studies at the University of Strasbourg, while addressing a gathering in our university, digressed to explain a bitterly interesting memory from his first years as an Iranian scholar in France:

“I was standing in a queue in a large shopping mall in Alsace, waiting for my turn to hand the goods over to the salesman and get the receipt, when a rustic old German woman appeared before me and started talking to me immediately. We talked for some 10 minutes about different topics, and eventually, it came to nationality. I asked her first and she replied that she is German. 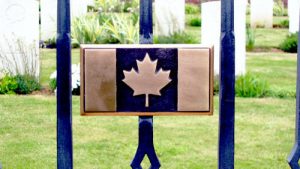 “Correspondingly, she began guessing about me, before I told her myself, and all of her guesses, one after another, were wrong: Lebanese, Turkish, Azeri, Arab and Russian. I told her that I’m Iranian. She remained silent and somewhat in shock for a few seconds, and suddenly yelled with excitement: Oh! So, you are a terrorist!”

For me, as the member of a developing society, and the citizen of a part of the so-called “Axis of Evil”, it would be more than probably a delightful experience to travel to the proximity of the “Beacon of Freedom”, and witness what I may never envision or even think of.

When I first received the acceptance letter, telling me that my paper had been selected to be presented in an international conference in Calgary, Canada, I instantaneously began to imagine myself on a British Airways flight from Tehran to London, and to Calgary thereafter, wearing a navy-blue suit, addressing a large public of young people and students from all around the world, sharing a series of informative data and figures on energy crises and global warming and so on; however, I could never imagine that such a dream would be in vain within less than 3 weeks.

The standoff between Tehran and Ottawa started in mid-2003 on the grounds of the suspicious death of Zahra Kazemi, an Iranian-Canadian photographer and freelance journalist who was allegedly “murdered” while she was in the custody of Iranian officials in the Evin Prison of Tehran.

In late 2007 and following the escalation of mutual tensions over the frequent complaints of Ottawa against the “negative human rights record” of Iran, Tehran ordered the Canadian Ambassador John Mundy to leave the country and expelled him to degrade the representation of Canada in Iran to the level of Charge d’Affaires.

Canada’s then Foreign Affairs Minister Maxime Bernier described the act as “retaliatory and entirely unjustifiable” while casting doubts and concerns and expressing that “we stand behind our ambassador, who has performed his diplomatic duties with professionalism and dedication.”

Mutually, under the pretext of the possibility of having links with the radical students of the 1970s who subsequently engaged in the U.S. embassy hostage-taking in 1980 in Tehran, Canada refused to accept several candidates who were proposed by Iran for ambassadorship in Ottawa and now, it’s the third year that the bilateral presence of the two countries is limited to the level of Charge d’Affaires.

Following the emergence of new tensions between Iran and Canada and after Michel de Salaberry, the former Canadian Ambassador to Egypt and Jordan, took office as the Charge d’Affaires, confusion and haphazardness culminated to its pinnacle in the Canadian Embassy in Tehran.

According to the Canadian Department of Citizenship and Immigration, 32 percent of Iranians’ applications in 2006 were rejected by the Embassy, while it aggravated to 51 percent in 2007 and hit the record in 2008 of 61 percent.

Netherlands-based Persian-language Radio Zamaneh reported in February 2009 that “200 Iranians apply for temporary residence visas at the Canadian Embassy daily, and the Embassy receives 60 dollars per each applicant regularly. Altogether, the total income of the Embassy exceeds $360,000 per month and amounts to $4,320,000 annually and this accounts for approximately 12% of Canada’s yearly imports from Iran!”

Nevertheless, this is not the whole story. Aside from the unreasonable and questionable rejections of visa applications, especially those of students and scholars, the mechanism of the Embassy’s interaction with applicants is thoroughly unfair and discriminatory.

The Daily Star reported in May 2009 that “leading dissidents from Iran were insulted and humiliated by visa officers at the Canadian Embassy in Tehran before two were barred entry to Canada for a conference at York University.” Mistreatment and humiliation have long become a routine practice of the Embassy staff who don’t even permit the applicants to enter the Embassy and speak to the high-ranking officials.

It has not been precisely identified what objectives the Canadian Embassy pursues by taking such approaches; however, there are some allegations and suspicions which would require an elaborate investigation and clarification.

In a brief and unbelievable conversation with a middle-age woman who was seeking a temporary visa to meet her sons in Quebec, I learned that she had paid an extra $200 to the embassy staff and they facilitated the issuance of her visa under 5 days; something which is almost unprecedented and impossible in most cases.

Clearly, the Embassy now considers the procedure of visa issuance a lucrative source of business for itself, though the deterioration of bilateral ties has contributed to the inequitable hostility against Iranian applicants.

After 18 days of submitting my materials to the Embassy, they issued me a piece of paper, explaining that my visa will be issued “possibly” on June 9, and the conference which I was going to attend was slated for June 7. I’ll be deprived of attending the conference for which I dedicated 2 months of research, more than probably the reason is because “I’m a terrorist”.