Iran and U.S. ‘not fated to be enemies forever’: Stephen Kinzer 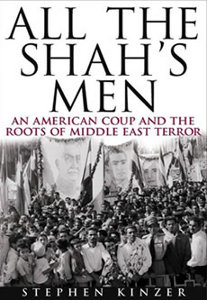 The post-election episodes that have taken place in Iran, which continue to occupy front-page headlines of world newspapers, have perplexed and mystified many.

Although the dissidents who continue to defy the government’s call for an end to the protests over the June 12 presidential election have failed to provide hard proof that the election was rigged in favor of the incumbent, President Mahmoud Ahmadinejad, their suspicions are reasonable and their right to speak out against a perceived wrong unquestionable.

On the other hand, there are those who allege interference by foreign powers attempting to fuel unrest and destabilize the government with the eventual goal of regime change in mind, suspicions which are also not unreasonable given the historical record, which contains no shortage of precedents for similar actions.

The 1953 CIA-orchestrated coup d’etat that overthrew Iranian Prime Minister Mohammed Mossadegh was one such example, well remembered in Iran but often purged from U.S. accounts and unknown among much of the American public.

Stephen Kinzer has done much to remedy this with his book All the Shah’s Men, which documents events leading up to and following the coup in extraordinary detail. An award-winning journalist for the New York Times, Kinzer was at one time also the paper’s bureau chief in Istanbul, and has received an honorary doctorate for his lifelong contribution to journalism.

Stephen Kinzer generously set aside time from his busy schedule, which includes work writing a new book on realpolitik in the Middle East set to come out early next year, to join me in an interview for Foreign Policy Journal to try to clear up some of the ambiguities surrounding Iran’s disputed election and to share his view of the events that have followed and the controversy that has captured the world’s attention.

Following is the full text of my interview with Mr. Kinzer:

Stephen, conservative figures in Iran and progressive commentators abroad assert that raising the allegations of fraud and manipulation in the Iranian elections was a premeditated effort, planned beforehand by opposition leaders to concertedly chip away at the conservative campaign and raise doubts about its possible victory. Do you believe this theory?

The Iranian opposition is not organized or united enough to have planned in advance for what happened after the recent election.  Even the announced result might not have provoked such an outburst if people had confidence that it was legitimate. If there was a miscalculation, it may have been on the part of the regime. For the Supreme Leader to maintain credibility as a national figure, he has to be seen as above factional disputes. By siding so openly with one side in the election campaign, he wiped away one of the regime’s moral pillars.

Iranian officials are constantly accusing foreign leaders and Western media of meddling in the country’s internal affairs and instigating unrest and violence, while Western politicians and media figures claim that they are not linked with the political upheaval in Iran. 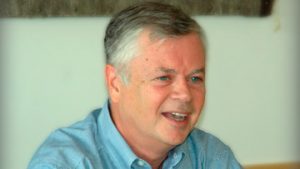 A sense of grievance against the outside world, a belief that the outside world wants to hold Iran back and prevent its development, is deeply rooted in the Iranian consciousness.  Iranians feel that as a nation, they have been dispossessed and wronged.  Part of this is rooted in the Shiite culture of suffering and martyrdom. But the last 200 years are full of examples of how foreign powers exploited and looted Iran.

This history not only fuels Iran’s sense of grievance, but makes it very difficult for outside powers, especially Britain and the United States, to criticize Iran for its lack of democracy. Such criticism makes Iranians think back to 1953, when those two countries intervened to crush their country’s fragile democracy. The moral authority of the outside world to criticize repression in Iran is lamentably minimal.

After a wave of arrests and clampdowns, journalists, legal opposition figures, political activists, and pro-reform pundits are now behind bars, and calls for the detention of Mir-Hossein Mousavi are being heard from the conservative camp. Can we expect the survival of reform movement in Iran with the pressures it is undergoing?

The political evolution of Iran is not over.  The situation there remains volatile, perhaps not in the short term, but over time. Protests after the recent election were fiercely repressed, but they were also thrilling evidence that a vibrant civil society thrives in Iran.  Dissidents have begun to feel their power, and the ruling elite are no longer united. This should be a time for the opposition to reflect, regroup, organize and plan.  The government will of course use its repressive tools to prevent the opposition from doing so.

So, with the ongoing standoff which has engulfed Iran’s political relations with the West, is the next 4-year period going to be a witness to the further protraction of acrimony, tension, and quarreling between the two sides?

Recent events make it more difficult for Iran and the U.S. to talk meaningfully, if only because American public opinion would be dubious. Nonetheless these two countries, despite their thirty years of enmity, have many long-term interests in common. Not only are they not fated to be enemies forever, they can become partners. Bringing them to an agreement will not be easy. Powerful forces in Washington and Tehran will work assiduously to undermine an agreement. But the opposition movement in Iran favors better ties, and as long as that is the case, the U.S. should try to negotiate.

The talks would have to be direct, comprehensive and unconditional. If they are not, they will fail. Some in Washington want to assure that they fail, so that the military option can be revived. But there is probably no strategic step the U.S. could take anywhere in the world that would bring as great a leap in strategic power as striking a “grand bargain” with Iran.