The Situation in Swat: An Interview With Shahid R. Siddiqi 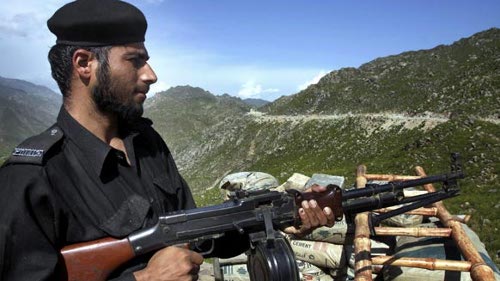 Shahid R. Siddiqi began his career in the Pakistan Air Force, and later joined the private sector where he was until recently in a senior management position. At the same time, he worked as a broadcaster with Radio Pakistan and was the Islamabad bureau chief of the English weekly magazine, “Pakistan & Gulf Economist“. In the U.S. in 1994, he co-founded the Asian American Republican Club in Maryland to encourage the participation of Asian Americans in the mainstream political process. He now writes columns, with articles appearing in the Pakistan daily Dawn and The Nation, among others. He is a contributing writer for Foreign Policy Journal.

In an interview with Foreign Policy Journal, Mr. Siddiqi explains Pakistan’s ongoing military offensive against militant groups in the Swat district and the context in which the government made the decision to launch it. He explains why the Pakistan Taliban had support in the Swat Valley, how a peace deal between the militants and the government came about, and why it collapsed.

The Western media reported at the time that the peace deal between the Pakistani government and militants linked to the Pakistan Taliban would allow Shariah, or Islamic Law, to be implemented in the Swat district. But in an interview President Asif Ali Zardari suggested that this wasn’t really an accurate characterization of the deal. What exactly was the truce agreement between the government and the militants?

The issue of the so-called Shariah law, which in fact was Nizam-e-Adal (meaning “The System of Justice’), was quiet simple but somehow got distorted due to involvement of the group of religious militants that espoused it, the Tehrik-i-Taliban Pakistan (TTP, or “Pakistan Taliban”), who had now expanded their terrorist activities into the settled area of Swat moving in from the adjoining Federally Administered Tribal Areas (FATA), where they were operating under Baitullah Mehsud.

Until about a decade back this area was under a similar law until the government of Pakistan decided to change this situation and extend into it the same law that covered the rest of the country. The old law made life easy and simple for the local folks who understood it, and it enabled them to get quick justice at their doorstep. They were unhappy with the change because now the courts were distantly located, corrupt, and utterly inefficient. Clearly, the militants had the support of the local population in this demand.

After the North West Frontier Province (NWFP) government failed to dislodge these militants from Swat by force, even after intense battles in which the paramilitary and military forces took a large number of casualties, it decided to resolve the issue of insurgency through negotiations and by reaching a settlement with the militants and other local groups who supported the militants. It agreed, among other things, to the demand of restoring Nizam-e-Adal.

The deal between the militants and the government was not so much about Shariah as it was about enforcement of Nizam-e-Adal, and it culminated in the promulgation of Nizam-e-Adal Regulation 2009 by the NWFP government. It provided for the appointment of seven kinds of judges in the Malakand Division. Five judges related to district administration. The titles of the judges were changed from English to Urdu — for example, District Session Judge was called Zila Kazi, Additional District Judge was Khas Kazi, etc. Interestingly, five of these judges were already functioning at the district level in Malakand since 1999 when the IJI (a Rightist Islamist party) government had promulgated a similar law.

The Nizam-e-Adal Regulation 2009 sought the appointment of two kinds of additional courts of the rank of high court and Supreme Court. The sum total of the order was that all the cases relating to Malakand would be decided in Malakand and the litigants will not have to travel to Peshawar or Islamabad. It also ensured that all laws will be in accordance with the Quran and Sunnah (life and practices of the prophet), which principle is enshrined in Pakistan’s Constitution also.

This agreement was aimed at delivery of speedy justice, even at the appellate level, and was no big deal. The agreement did not allow a fanatic interpretation of the law, which usually is perceived to be the case. Zardari, after dragging his feet for some time, signed this Regulation into law.

There were apprehensions in the minds of many who distrusted the militants and feared the worst. Hence there was an opposition to the deal, which was even termed a sell-out to the militants. Knowing the extremist ideology that the militants followed, the people feared fanaticism would prevail and would lead to setting up a state within state. Hence Zardari’s remarks.

Yes, the people of Swat and the country generally did, despite lack of trust about the designs of the militants. The people of Swat, tired of militant interference in their daily lives, took a sigh of relief in the hope that with the agreement signed, normalcy would return.

In hindsight, the agreement with the militants was doomed to failure from the beginning. Although the military found it difficult to eliminate the militants by force (its troops were reluctant to kill the militants on the grounds that they shared same ethnicity and faith with them) the approach of eliminating militancy by appeasing the militants was not correct. This is proven by the fact that during the last few years nine military operations were carried out and nine compromises were made with militants operating in FATA and Swat but none of these succeeded in bringing peace. Apparently during the early stages, the government machinery lacked the will rather than the capacity to dismantle militancy in Malakand Division. FATA was another story, where more due to its peculiar political status the government’s hand were tied.

Who are the Pakistan Taliban?

It is a group that emerged during the last four years in South Waziristan and consists of a mixed bag of people including Mehsud tribesmen, unemployed Pashtun and Punjabi youth, remnant fighters of Afghan wars, religious zealots, criminals, and rogue elements of the frontier region and Punjab and local, national, and international militant groups.

During the Musharraf regime a blind eye was turned to the activities of some of these groups in an environment laden with intelligence and counterintelligence activities in the border belt and in Afghanistan. Pakistan is now paying a heavy price for having shown leniency to some of them.

The TTP leadership has come to work for foreign masters while the rank and file is ideologically motivated and indoctrinated into practicing an extremist ideology of Takfir, the practice of declaring other Muslims in apostasy and effectively considering them excommunicated and condemned to death. Pakistan has been rocked by a wave of suicide bombings. Takfiris believe this makes them a martyr and earns them a place in heaven.

Where do these Pakistan Taliban draw their support from?

A group of local tribesmen and remnants of recent Afghan wars, including Uzbeks and Chechens, began their operations in South Waziristan initially styling itself as Taliban and claiming to be supporters of Mullah Omar’s Taliban group. But because of their terrorist activities against Pakistan, Mullah Omar dissociated his group from them, and ever since they have styled themselves as Tehrik-i-Taliban Pakistan, or TTP. They are also called Pakistani Taliban to distinguish them from Afghan Taliban.