Iran: Much ado about nothing? 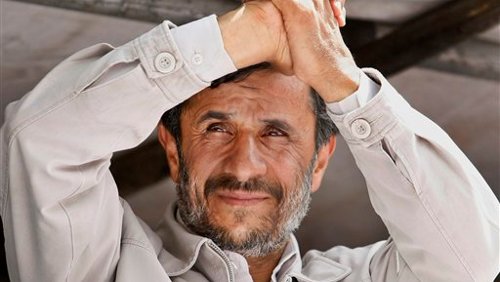 What is there about the Iranian election of June 12 that has led to it being one of the leading stories in media around the world every day since? Elections whose results are seriously challenged have taken place in most countries at one time or another in recent decades.

Countless Americans believe that the presidential elections of 2000 and 2004 were stolen by the Republicans, and not just inside the voting machines and in the counting process, but prior to the actual voting as well with numerous Republican Party dirty tricks designed to keep poor and black voters off voting lists or away from polling stations. 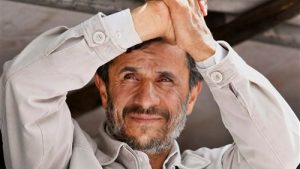 The fact that large numbers of Americans did not take to the streets day after day in protest, as in Iran, is not something we can be proud of. Perhaps if the CIA, the Agency for International Development (AID), several US government-run radio stations, and various other organizations supported by the National Endowment for Democracy (which was created to serve as a front for the CIA, literally) had been active in the United States, as they have been for years in Iran, major street protests would have taken place in the United States.

The classic “outside agitators” can not only foment dissent through propaganda, adding to already existing dissent, but they can serve to mobilize the public to strongly demonstrate against the government. In 1953, when the CIA overthrew Iranian Prime Minister Mohammed Mossadegh, they paid people to agitate in front of Mossadegh’s residence and elsewhere and engage in acts of violence; some pretended to be supporters of Mossadegh while engaging in anti-religious actions. And it worked, remarkably well. [1]

Since the end of World War II, the United States has seriously intervened in some 30 elections around the world, adding a new twist this time, Twittering. The State Department asked Twitter to postpone a scheduled maintenance shutdown of its service to keep information flowing from inside Iran, helping to mobilize protesters. [2] The New York Times reported: “An article published by the Web site True/Slant highlighted some of the biggest errors on Twitter that were quickly repeated and amplified by bloggers: that three million protested in Tehran last weekend (more like a few hundred thousand); that the opposition candidate Mir Hussein Mousavi was under house arrest (he was being watched); that the president of the election monitoring committee declared the election invalid last Saturday (not so).” [3]

In recent years, the United States has been patrolling the waters surrounding Iran with warships, halting Iranian ships to check for arms shipments to Hamas or for other illegal reasons, financing and “educating” Iranian dissidents, using Iranian groups to carry out terrorist attacks inside Iran, kidnapping Iranian diplomats in Iraq, kidnapping Iranian military personnel in Iran and taking them to Iraq, continually spying and recruiting within Iran, manipulating Iran’s currency and international financial transactions, and imposing various economic and political sanctions against the country. [4]

“I’ve made it clear that the United States respects the sovereignty of the Islamic Republic of Iran, and is not at all interfering in Iran’s affairs,” said U.S. President Barack Obama with a straight face on June 23. Some in the Iranian government [have been] accusing the United States and others outside of Iran of instigating protests over the elections. These accusations are patently false and absurd.” [5]

So why the big international fuss over the Iranian election and street protests? There’s only one answer. The obvious one. The announced winner, Mahmoud Ahmadinejad, is a Washington ODE, an Officially Designated Enemy, for not sufficiently respecting the Empire and its Israeli partner-in-crime; indeed, Ahmadinejad is one of the most outspoken critics of U.S. foreign policy in the world.

So ingrained is this ODE response built into Washington’s world view that it appears to matter not at all that Mousavi, Ahmadinejad’s main opponent in the election and very much supported by the protesters, while prime minister 1981-89, bore large responsibility for the attacks on the US embassy and military barracks in Beirut in 1983, which took the lives of more than 200 Americans, and the 1988 truck bombing of a US Navy installation in Naples, Italy, that killed five persons. Remarkably, a search of US newspaper and broadcast sources shows no mention of this during the current protests. [6] However, the Washington Post saw fit to run a story on June 27 that declared: “the authoritarian governments of China, Cuba and Burma have been selectively censoring the news this month of Iranian crowds braving government militias on the streets of Tehran to demand democratic reforms.”

Can it be that no one in the Obama administration knows of Mousavi’s background? And do none of them know about the violent government repression on June 5 in Peru of the peaceful protests organized in response to the US-Peru Free Trade Agreement? A massacre that took the lives of between 20 and 25 indigenous people in the Amazon and wounded another 100. [7] The Obama administration was silent on the Peruvian massacre because the Peruvian president, Alan Garcia, is not an ODE.

And neither is Mousavi, despite his anti-American terrorist deeds, because he’s opposed to Ahmadinejad, who competes with Hugo Chavez to be Washington’s Number One ODE. Time magazine calls Mousavi a “moderate”, and goes on to add: “It has to be assumed that the Iranian presidential election was rigged,” offering as much evidence as the Iranian protestors, i.e., none at all. [8]

It cannot of course be proven that the Iranian election was totally honest, but the arguments given to support the charge of fraud are not very impressive, such as the much-repeated fact that the results were announced very soon after the polls closed. For decades in various countries election results have been condemned for being withheld for many hours or days. Some kind of dishonesty must be going on behind the scenes during the long delay it was argued. So now we’re asked to believe that some kind of dishonesty must be going on because the results were released so quickly. It should be noted that the ballots listed only one electoral contest, with but four candidates.

Phil Wilayto, American peace activist and author of a book on Iran, has observed:

Ahmadinejad, himself born into rural poverty, clearly has the support of the poorer classes, especially in the countryside, where nearly half the population lives. Why? In part because he pays attention to them, makes sure they receive some benefits from the government and treats them and their religious views and traditions with respect. Mousavi, on the other hand, the son of an urban merchant, clearly appeals more to the urban middle classes, especially the college-educated youth. This being so, why would anyone be surprised that Ahmadinejad carried the vote by a clear majority? Are there now more yuppies in Iran than poor people? [9]

All of which is of course not to say that Iran is not a relatively repressive society on social and religious issues, and it’s this underlying reality which likely feeds much of the protest; indeed, many of the protesters may not even have strong views about the election per se, particularly since both Ahmadinejad and Mousavi are members of the establishment, neither is any threat to the Islamic theocracy, and the election can be seen as the kind of power struggle you find in virtually every country.

But that is not the issue I’m concerned with here. The issue is Washington’s long-standing goal of regime change. If the exact same electoral outcome had taken place in a country that is an ally of the United States, how much of all the accusatory news coverage and speeches would have taken place?

In fact, the exact same thing did happen in a country that is an ally of the United States, three years ago when Felipe Calderon appeared to have stolen the presidential election in Mexico and there were daily large protests for more than two months; but the American and international condemnation was virtually non-existent compared to what we see today in regard to Iran.

Iranian leaders undertook a recount of a random ten per cent of ballots and recertified Ahmadinejad as the winner. How honest the recount was I have no idea, but it’s more than Americans got in 2000 and 2004.

[6] The only mention is by Jeff Stein in “CQ Politics” [Congressional Quarterly], online, June 22, 2009, “according to former CIA and military officials”.

[9] AlterNet.org, June 14, 2009; Wilayto is the author of “In Defense of Iran: Notes from a U.S. Peace Delegation’s Journey through the Islamic Republic”