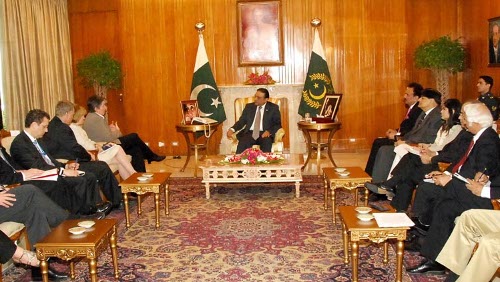 ISLAMABAD, July 3 — Pakistan and the United Satates have resolved to strengthen the civilian security apparatus in Pakistan for effectively fighting against militants.

This resolve emerged after an important meeting between President Asif Ali Zardari and the Secretary of the U.S. Department of Homeland Security, Janet Napolitano, who called on the President on Friday.

The President also expressed the need for setting up Reconstruction Opportunities Zones (ROZs) to provide jobs for people people so as to wean them away from extremists.

The U.S. Secretary of Homeland of Security said that the U.S. administration was conscious of Pakistan’s requirements in the ongoing fight against militancy and was keen to help Pakistan in all ways possible.