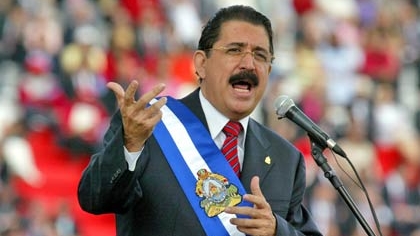 President Manuel Zelaya of Honduras was overthrown in a military coup June 28 because he was about to conduct a non-binding survey of the population, asking the question: “Do you agree that, during the general elections of November 2009 there should be a fourth ballot to decide whether to hold a Constituent National Assembly that will approve a new political constitution?” 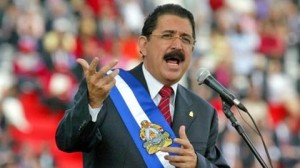 One of the issues that Zelaya hoped a new constitution would deal with is the limiting of the presidency to one four-year term. He also expressed the need for other constitutional changes to make it possible for him to carry out policies to improve the life of the poor; in countries like Honduras, the law is not generally crafted for that end.

At this writing it’s not clear how matters will turn out in Honduras, but the following should be noted:

The United States, by its own admission, was fully aware for weeks of the Honduran military’s plan to overthrow Zelaya. Washington says it tried its best to change the mind of the plotters. It’s difficult to believe that this proved impossible.

During the Cold War it was said, with much justification, that the United States could discourage a coup in Latin America with “a frown”. The Honduran and American military establishments have long been on very fraternal terms. And it must be asked: In what way and to what extent did the United States warn Zelaya of the impending coup? And what protection did it offer him?

The response to the coup from the Obama administration can be described with adjectives such as lukewarm, proper but belated, and mixed. It is not unthinkable that the United States gave the military plotters the go-ahead, telling them to keep the traditional “golpe” bloodiness to a minimum.

Zelaya was elected to office as the candidate of a conservative party; he then, surprisingly, moved to the left and became a strong critic of a number of Washington policies, and an ally of Hugo Chavez of Venezuela and Evo Morales of Bolivia, both of whom the Bush administration tried to overthrow and assassinate.

Siegel: “There hasn’t been a coup in Latin America for quite a while.”

Siegel did not correct her. [1]