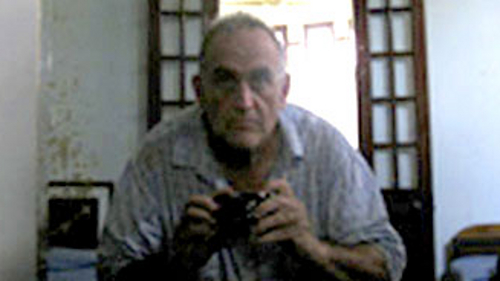 John Yettaw, the American who swam to Aung San Suu Kyi's home, leading her to be put on trial by Burma's ruling military junta for violating the terms of her house arrest. (Reuters) 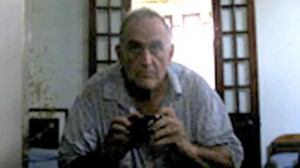 John Yettaw, the American who swam to Aung San Suu Kyi's home, leading her to be put on trial by Burma's ruling military junta for violating the terms of her house arrest. (Reuters)

Daw Aung San Suu Kyi is on trial under the State Peace and Development Council (SPDC), the ruling military junta in Burma that prevented her from taking her rightful position as Prime Minister after she was democratically elected in 1990.

Suu Kyi won the Nobel Peace Prize in 1991 for her leadership urging non-violence in Burma’s struggle for democracy and human rights under the brutal SPDC regime.

The regime has kept Suu Kyi under house arrest for a total of 13 years since she won the election. Her detention was set to expire on May 27, but she stands to be sentenced to up to five years in prison under the current trial.

Suu Kyi is accused of violating the terms of her house arrest by having a visitor to her compound. The man who entered her property is an American, John Yettaw, who is also on trial and could face up to six years in prison.

Yettaw entered Suu Kyi’s residence after swimming across a lake. He got past security and apparently convinced her to let him stay after complaining of cramps. She reportedly took pity on him and let him stay, but he was arrested crossing the lake again after leaving her residence the next day.

Now, because of Yettaw’s unexplained actions, the Nobel Prize winner and rightful leader of Burma, also called Myanmar by the ruling junta, stands to be further denied her freedom.

The SPDC has announced elections for 2010, but it’s expected that Suu Kyi will be barred from running.

Desmond Tutu, who won the Nobel Peace Prize in 1987, wrote in the Washington Post last month that each day the Burmese regime “moves a step closer to its goal of eliminating opposition and consolidating power, with another stage-managed ‘election’ looming in 2010.”

Of Suu Kyi, he wrote, “My sister Nobel laureate Aung San Suu Kyi, the heroic and beloved leader of the Burmese democracy movement, remains under house arrest and cannot speak to the world.”

While the Obama administration has said it is reviewing U.S. sanctions against Burma, Tutu wrote that the Burmese regime “would probably interpret an easing of sanctions as an acknowledgment that it has won the struggle with its people and proved its right to rule.”

Tutu, who won the Nobel Prize for his efforts to end the apartheid regime in South Africa, called on the U.S. to support the people of Burma in their struggle against the SPDC.

“The brave Burmese people who have struggled for their freedom believe this is a moral universe, where right and wrong still matter. They need to know that the world’s most powerful democracy still believes it, too.”