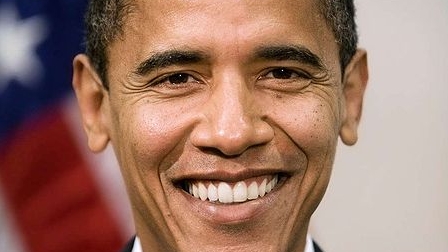 Some thoughts about socialism

“History is littered with post-crisis regulations. If there are undue restrictions on the operations of businesses, they may view it to be their job to get around them, and you sow the seeds of the next crisis.”

And so it goes. Corporations, whether financial or not, strive to maximize profit as inevitably as water seeks its own level. We’ve been trying to “regulate” them since the 19th century. Or is it the 18th? Nothing helps for long. You close one loophole and the slime oozes out of another hole. Wall Street has not only an army of lawyers and accountants, but a horde of mathematicians with advanced degrees searching for the perfect equations to separate people from their money. After all the stimulus money has come and gone, after all the speeches by our leaders condemning greed and swearing to reforms, after the last congressional hearing deploring the corporate executives to their faces, the boys of Wall Street, shrugging off a few bruises, will resume churning out their assortment of financial entities, documents, and packages that go by names like hedge fun

ds, derivatives, collateralized debt obligations, index funds, credit default swaps, structured investment vehicles, subprime mortgages, and many other pieces of paper with exotic names, for which, it must be kept in mind, there had been no public need or strident demand. Speculation, bonuses, and scotch will flow again, and the boys will be all the wiser, perhaps shaken a bit that they’re so reviled, but knowing better now what to flaunt and what to disguise.

This is another reminder that communism or socialism have almost always been given just one chance to work, if that much, while capitalism has been given numerous chances to do so following its perennial fiascos. Ralph Nader has observed: “Capitalism will never fail because socialism will always be there to bail it out.”

In the West, one of the most unfortunate results of the Cold War was that 70 years of anti-communist education and media stamped in people’s minds a lasting association between socialism and what the Soviet Union called communism. Socialism meant a dictatorship, it meant Stalinist repression, a suffocating “command economy”, no freedom of enterprise, no freedom to change jobs, few avenues for personal expression, and other similar truths and untruths. This is a set of beliefs clung to even amongst many Americans opposed to US foreign policy. No matter how bad the economy is, Americans think, the only alternative available is something called “communism”, and they know how awful that is.

Adding to the purposeful confusion, the conservatives in England, for 30 years following the end of World War 2, filled the minds of the public with the idea that the Labour Party was socialist, and when recession hit (as it does regularly in capitalist countries) the public was then told, and believed, that “socialism had failed”.

Yet, ever since the dissolution of the Soviet Union in 1991, polls taken in Russia have shown a nostalgia for the old system. In the latest example, “Russia Now”, a Moscow publication that appears as a supplement in the Washington Post, asked Russians: “What socio-economic system do you favor?” The results were: “State planning and distribution”: 58% … “Based on private property and market relations”: 28% … “Hard to say”: 14%.2

In 1994, Mark Brzezinski (son of Zbigniew) was a Fulbright Scholar teaching in Warsaw. He has written: “I asked my students to define democracy. Expecting a discussion on individual liberties and authentically elected institutions, I was surprised to hear my students respond that to them, democracy means a government obligation to maintain a certain standard of living and to provide health care, education and housing for all. In other words, socialism.”3

Many Americans cannot go along with the notion of a planned, centralized society. To some extent it’s the terminology that bothers them because they were raised to equate a planned society with the worst excesses of Stalinism. Okay, let’s forget the scary labels; let’s describe it as people sitting down to discuss a particular serious societal problem, what the available options there are to solve the problem, and what institutions and forces in the society have the best access, experience, and assets to deliver those options. So, the idea is to prepare these institutions and forces to deal with the problem in a highly organized, rational manner without having to worry about which corporation’s profits might be adversely affected, without relying on “the magic of the marketplace”. Now it happens that all this is usually called “planning” and if the organization and planning stem from a government body it can be called “centralized”. There’s no reason to assume that this has to result in some kind of very authoritarian regime. All of us over a certain age -individually and collectively – have learned a lot about such things from the past. We know the warning signs; that’s why the Bush administration’s authoritarianism was so early and so strongly condemned.

The overwhelming majority of people in the United States work for a salary. They don’t need to be motivated by the quest for profit. It’s not in our genes. Virtually everybody, if given the choice, would prefer to work at jobs where the main motivations are to produce goods and services that improve the quality of life of the society, to help others, and to provide themselves with meaningful and satisfying work. It’s not natural to be primarily motivated by trying to win or steal “customers” from other people, no holds barred, survival of the fittest or the most ruthless.

A major war can be the supreme test of a nation, a time when it’s put under the greatest stress. In World War 2, the US government commandeered the auto manufacturers to make tanks and jeeps instead of private cars. When a pressing need for an atom bomb was seen, Washington did not ask for bids from the private sector; it created the Manhattan Project to do it itself, with no concern for balance sheets or profit and loss statements. Women and blacks were given skilled factory jobs they had been traditionally denied. Hollywood was enlisted to make propaganda films. Indeed, much of the nation’s activities, including farming, manufacturing, mining, communications, labor, education, and cultural undertakings were in some fashion brought under new and significant government control, with the war effort coming before private profit. In peacetime, we can think of socialism as putting people before profit, with all the basics guaranteed – health care, all education, decent housing, food, jobs. Those who swear by free enterprise argue that the “socialism” of World War 2 was instituted only because of the exigencies of the war. That’s true, but it doesn’t alter the key point that it had been immediately recognized by the government that the wasteful and inefficient capitalist system, always in need of proper financial care and feeding, was no way to run a country trying to win a war.

It’s also no way to run a society of human beings with human needs. Most Americans agree with this but are not consciously aware that they hold such a belief. In 1987, nearly half of 1,004 Americans

Along these lines, I’ve written an essay entitled: “The United States invades, bombs, and kills for it, but do Americans really believe in free enterprise?”5

I cannot describe in detail what every nut and bolt of my socialist system would look like. That might appear rather pretentious on my part; most of it would evolve through trial and error anyway; the important thing is that the foundation – the crucial factors in making the important decisions – would rest on people’s welfare and the common good coming before profit. Humankind’s desperate need to halt environmental degradation regularly runs smack into the profit motive, as does the American health-care system. It’s more than a matter of ideology; it’s a matter of the quality of life, sustainability, and survival.