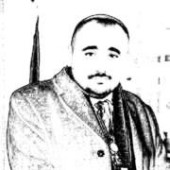 Taiyo "Siraj" Davis has a Master of Arts in History and is currently a History and ESL teacher with a command of six languages, as well as a freelance journalist for human rights issues. He has taught and consulted on English language training for Oil and Aviation corporations, Department of Defense/Pentagon, Tourism and Computer industries, local and international businesses, Embassy diplomats, Royal and presidential family members, and more throughout Syria and Jordan, and even taught the Peshmerga military and Peshmerga orphans English in Kurdistan. He has also taught at numerous international schools throughout the Middle East. He has spent eight years researching examples of Low Intensity Conflicts across the world. While also simultaneously spending 6 years researching documenting, and helping Iraqi, Palestinian, Syrian, Assyrian, and Yazidi refugees in the Middle East. His first book was “Religious Fanaticism and Abolition: Early 19th Century Marginalization of David Walker and Nat Turner” and he is currently working on his second book, The Pursuit of Love Against the War on Terrorism. He has organized and lobbied for human rights and immigration reform with organizations such as Amnesty International, American Families United, SOA Watch, US Campaign for Burma, the American Association for Palestinian Equal Rights, and more. Davis is president of the Collective Consciousness human rights organization. Davis is also a former pugilist and 1991 AAU/JKA National Shotokan Karate Champion. Currently, he is teaching in Japan while researching refugees in Japan and the discrimination against dual citizens under Japanese nationality laws.

There has been an ongoing occupation in Northern Iraq of Assyrian Christian indigenous lands, largely ignored by the mainstream media, which requires a solution soon.

While the Western mainstream media hail Jordan’s Mukhaabaraat as a valuable ally in the fight against terrorism, the truth is quite different.