Trump Is Being Set-up for War with Iran 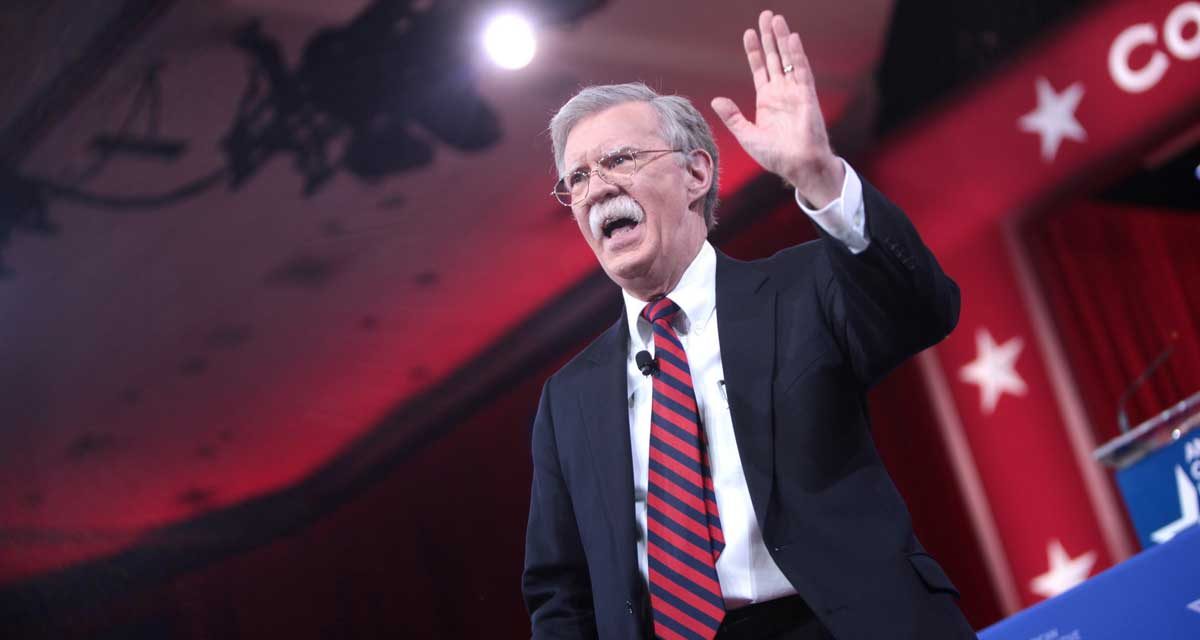 The war that Bolton and Netanyahu are preparing to spring on Trump is likely to be much larger than they think.

Trump destroyed his chance at being a successful president by the stupid appointments he has made. At the moment he is being set up by his national security advisor John Bolton and Israel for a war with Iran.

Using the same format of lies that was used against Iraq, Libya, Syria, and Venezuela, Bolton has accused Iran of “troubling and escalatory indications” of a forthcoming Iranian attack on American forces in the Middle East. To help protect against the attack, Bolton has ordered Patriot missile batteries, an aircraft carrier strike group, and a bomber strike force to the region.

Even the Israeli newspaper, Haaretz, pointed out that Bolton failed to identify the “troubling and escalatory” Iranian actions. No one else has seen any sign of them.

The reason for the Patriot missiles is not to deter Iran from an attack, but to prevent successful Iranian response to an attack on Iran.

This is the likely situation: The deal between the Washington Ziocons and Netanyahu is that either Israel will attack an American ship or whatever is selected, and it will be blamed on Iran, thus forcing Trump to “defend America” and retaliate, or Israel using American disguise will attack Iran, thus provoking a response from Iran.

Iran is already on hair trigger from having been provoked excessively by Washington withdrawing from the Iranian nuclear agreement, reimposing sanctions, and making endless false accusations against Iran, as Washington has done against Russia, Syria, Iraq, Libya, Venezuela, Yemen. It wouldn’t take much more to set off Iranian emotions.

Trump is clearly set-up. If Bolton and Netanyahu want the US at war with Iran, it is their call.

And they do want the US at war with Iran. Iran and Syria back Hezbollah, and Hezbollah prevents Israel’s annexation of southern Lebanon, which Israel has twice tried only to have its army, which is not good for anything except killing unarmed women and children in Gaza, quickly defeated by Hezbollah. Thus, eliminating support for Hezbollah is a high priority for Israel and its neoconservative allies in Washington.

The neoconservatives have an additional reason for delivering chaos to Iran. If Bolton can produce a situation in Iran like the one the US created in Libya, Iraq, and Syria, American-supplied jihadists can be infiltrated into Muslin provinces in the Russian Federation as punishment for Russia’s independent stance in world affairs.

The stakes for Russia are higher in Iran than in Syria. Russia can stand aside only at huge cost to itself.

China also has an interest. Until the Russian energy pipeline to China is completed, China needs Iranian oil. Disruption of Iran by chaos is a way of throttling China by reducing China’s energy supply.

The war that Bolton and Netanyahu are preparing to spring on Trump is likely to be much larger than they think.

This article was originally published at PaulCraigRoberts.org on May 12, 2019.