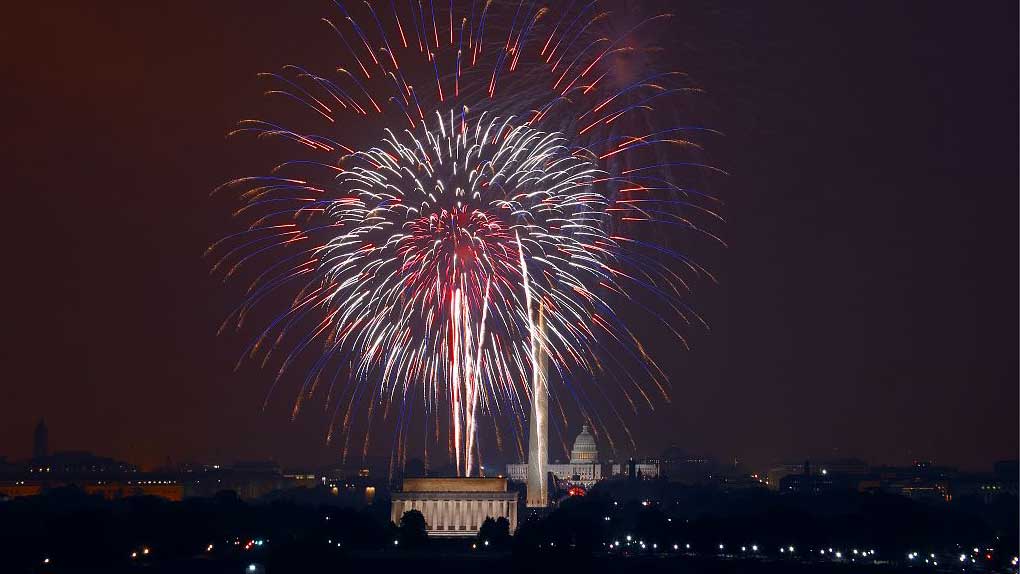 The Fourth of July is a statist ritual that compels Americans to glorify US wars to enrich the elite few at the expense of the rest of the world.

Tomorrow, July 4, 2018, is the 242nd anniversary of the date chosen to stand as the date the 13 British colonies declared independence.  According to historians, the actual date independence was declared was July 2, 1776, with the vote of the Second Continental Congress.  Other historians have concluded that the Declaration of Independence was not actually signed until August 2.

For many living in the colonies the event was not the glorious one that is presented in history books.  There was much opposition to the separation, and the “loyalists” were killed, confiscated, and forced to flee to Canada.  Some historians explain the event not as a great and noble enterprise of freedom and self-government, but as the manipulations of ambitious men who saw opportunity for profit and power.

For most Americans today, the Fourth of July is a time for fireworks, picnics, and a patriotic speech extolling those who “fought for our freedom” and for those who defended it in wars ever since.  These are feel-good speeches, but most of them make very little sense.  Many of our wars have been wars of empire, seizing lands from the Spanish, Mexicans, and indigenous tribes.  The US had no national interest in WWI and very little in WWII.  There was no prospect of Germany and Japan invading the US.  Once Hitler made the mistake of invading the Soviet Union, the European part of World War II was settled by the Red Army.  The Japanese had no chance of standing up to Mao and Stalin. American participation was not very important to either outcome.

No Fourth of July orator will say this, and it is unlikely any will make reference to the seven or eight countries that Washington has destroyed in whole or part during the 21st century or to the US overthrow of the various reform governments that have been elected in Latin America.  The Fourth of July is a performance to reinforce The Matrix in which Americans live.

When the Fourth of July comes around, I re-read the words of US Marine General Smedley Butler.  General Butler is the most highly decorated US officer in history.  By the end of his career, he had received 16 medals, five for heroism. He is one of 19 men to receive the Medal of Honor twice, one of only three men to be awarded both the Marine Corps Brevet Medal and the Medal of Honor, and the only to be awarded the Brevet Medal and two Medals of Honor, all for separate actions.

Butler served in all officer ranks that existed in the US Marines of his time, from Second Lieutenant to Major General.  He said that “during that period, I spent most of my time being a high class muscle-man for Big Business, for Wall Street and for the Bankers.  In short, I was a racketeer, a gangster for capitalism.”

Butler says he was a long time escaping from The Matrix and that he wishes “more of today’s military personnel would realize that they are being used by the owning elite as a publicly subsidized capitalist goon squad.”

“WAR is a racket. It always has been.

“A racket is best described, I believe, as something that is not what it seems to the majority of the people. Only a small ‘inside’ group knows what it is about. It is conducted for the benefit of the very few, at the expense of the very many. Out of war a few people make huge fortunes.

“A few profit—and the many pay. But there is a way to stop it. You can’t end it by disarmament conferences. You can’t eliminate it by peace parleys at Geneva. Well-meaning but impractical groups can’t wipe it out by resolutions. It can be smashed effectively only by taking the profit out of war.

“The only way to smash this racket is to conscript capital and industry and labor before the nation’s manhood can be conscripted. One month before the Government can conscript the young men of the nation—it must conscript capital and industry and labor. Let the officers and the directors and the high-powered executives of our armament factories and our munitions makers and our shipbuilders and our airplane builders and the manufacturers of all the other things that provide profit in war time as well as the bankers and the speculators, be conscripted—to get $30 a month, the same wage as the lads in the trenches get.”

“I spent 33 years and four months in active military service and during that period . . . I helped make Mexico and especially Tampico safe for American oil interests in 1914. I helped make Haiti and Cuba a decent place for the National City Bank boys to collect revenues in. I helped in the raping of half a dozen Central American republics for the benefit of Wall Street. I helped purify Nicaragua for the International Banking House of Brown Brothers in 1902–1912. I brought light to the Dominican Republic for the American sugar interests in 1916. I helped make Honduras right for the American fruit companies in 1903. In China in 1927 I helped see to it that Standard Oil went on its way unmolested. Looking back on it, I might have given Al Capone a few hints. The best he could do was to operate his racket in three districts. I operated on three continents.”

The military/security complex, about which President Eisenhower warned Americans 57 years ago, adroitly uses the Fourth of July to portray America’s conflicts in a positive light in order to protect its power and profit institutionalized in the US government.  In stark contrast, by the end of his career General Butler saw it differently.  Washington has never fought for “freedom and democracy,” only for power and profit.  Butler said that “there are only two things we should fight for. One is the defense of our homes and the other is the Bill of Rights.”

Today the anti-gun lobby and militarized police have made it very difficult to fight for the defense of our homes, and the War on Terror has destroyed the Bill of Rights.  If there could be a second American revolution, maybe we could try again.

This article was originally published at PaulCraigRoberts.org on July 3, 2018.