If Bobby Kennedy Had Lived 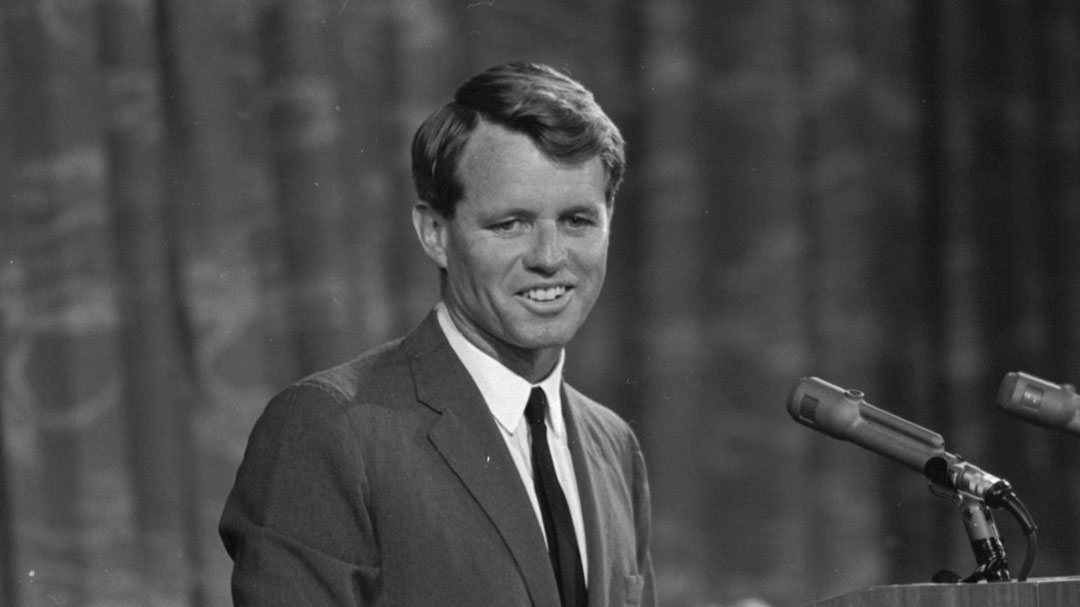 The Deep State today might have different methods of determining the direction of policy within the US government than it did back in Robert F. Kennedy's day, but it is even more pervasive now and as intent as ever to convince the public it does not exist.

Fifty years ago, Bobby Kennedy was about to win the Democratic presidential primary in Indiana. He would soon lose in Oregon and in a few weeks win in California, practically clinching the White House, and be murdered the same night. The film RFK Must Die and book Who Killed Bobby? leave little doubt that the CIA killed him. And of course there is no doubt that many have always suspected as much, which has had a damaging effect on U.S. politics whether or not true. But the major impact of RFK’s killing is separate from the question of who killed him.

When I was born in December of 1969, Richard Nixon was president, militarism and racism were on the rise, mass incarceration and the war on drugs were being created, wealth was beginning to become less equal rather than more equal, Vietnam and Laos and Cambodia were doomed, the labor movement was just beginning to shrivel away, police were being militarized, the scandals of Watergate were on the immediate horizon. Law and order was the celebrated cause, while people’s movements for peace, democracy, women’s rights, the environment, and hundreds of other noble ends were about to stumble, hardly to be seen with the same power from that day to this.

It’s very easy to oversimplify and then to tear down the oversimplification. The United States and world were no paradise before the killings of the two Kennedys, Martin Luther King, and Malcolm X. Not everything has worsened since then. Some things have gotten remarkably better. But some very significant trends reversed for the worse in that moment. Wealth began to concentrate in a way never seen before. Militarism began to be normalized in a way never seen before. The trend, which continued even with Nixon as president, of progressive populist movements influencing legislation on the environment, poverty, etc., began to be replaced with legislation of, by, and for an oligarchy. The prison industry boomed. Labor and civil rights faltered. And the promise of the Poor People’s Campaign was left behind by a communications system that for cultural and structural reasons adapted itself to a new and less humane world.

Bobby Kennedy had no armed guards because he lived in the era before the killing of Bobby Kennedy, an era in which politicians met people on the streets and shook their hands, and media outlets included the voices of the poor and of advocates for peace and justice — not in some ideal fantasized manner, but in a manner unseen in the corporate media of the United States today. Today, Bobby Kennedy would not be shot by someone intent on removing him from power. Today, the rules of the primary would be rigged or the votes “counted” differently, or some disturbing video from RFK’s McCarthyite Commie-hunting days would be aired 479,983,786 times on television, or a sex scandal would be made the news of the day for three straight weeks. Today things are handled by other means than shooting presidents and soon-to-be presidents, although such a thing could still happen. But if it did, not one word of doubt about the official story of the assassination, however far-fetched that official story might be, would be permitted on the air.

It’s very easy to suppose that Bobby Kennedy would not, as president, have been all he appeared to be. He was not strictly and purely honest. He was, after all, publicly claiming to believe the Warren Commission and privately assuming his brother had been killed by a powerful plot. His history in politics was not angelic. But it’s Bobby Kennedy’s past and his promise that make him still appear to this day an ideal candidate for U.S. president, which is not identical to an ideal human being. He could not possibly be dismissed as unrespectable. He’d been Attorney General and Senator. His brother had been president and had been assassinated. And yet Bobby had gradually been brought to understand, care about, and actually work for the rights of the poor, of blacks, of Latinos, of farm workers, and of peace. Nowadays, no U.S. Senator would be caught near Cesar Chavez or campaign on a promise to end war, and no candidate doing or saying such things would be permitted in debates or on television.

If an elderly candidate still remembering some bits of the 1960s were to run for U.S. president in one of the two major parties today, they’d rig the primaries against him, run a corporate war monger, and then blame her loss on . . . wait for it . . . Russia, boosting a whole new Cold War. If a butterfly’s wings can alter a future empire, then surely a 1968 Democratic convention that was a celebration of peace, justice, and compassion, instead of the police riot that actually took place, would have given us a world free of the types of presidential candidates who have dominated my lifetime.

Of course there is a political as well as a historical problem in attributing grand powers to single individuals. But the political problem reduces the historical one. The United States has in fact, and for the worse, given royal powers to presidents, and that process was well underway by the time Nixon took the throne. Had RFK been president, he would have faced the enmity of the right wing, the CIA, the mafia, etc., whether or not you believe such forces would ever kill anyone. But part of the idea of his unique qualifications includes the notion that he would have properly investigated the murders of his brother and Martin Luther King, and other criminal activities, that he would have abolished or neutered the CIA, that as the former hard-nosed Attorney General he would not have cut deals following coup attempts in the manner of Franklin Roosevelt, but would have securely established some form of transparent representative government, and that the activism to maintain it would have continued and flourished.

I’m painting the rosiest possible scenario, of course, but any serious investigation of either one or two Kennedy murders would certainly have helped restore confidence in and participation in government, regardless of what they found. The phrase “conspiracy theory” might even not have taken hold as a means of denouncing all unacceptable hypotheses, from the most outlandish to the most likely. The impact of the open secret of who killed the Kennedys has been worse than either proof of or against assassination plots would have been. President Obama was not the first U.S. president to remark repeatedly, according to credible sources, that he would forego decent public policies so as not to end up another Kennedy. When I worked for Dennis Kucinich for president I certainly heard from many people who believed that if he ever got ahead in the polls he’d be murdered. So, the impact of RFK’s killing has clearly been exacerbated by the widespread understanding of why he was killed.

Other turning points in history can be listed by the millions, of course. What if George W. Bush had been impeached and removed from office for his major crimes, including wars? Would the same wars still be rolling along? Would the top criminals be on TV all the time and nominated for cabinet positions? What if the ban on impeaching criminal presidents were lifted today? What if a popular movement were to rise up to undo the structures of imperial power and place governing power under public control? What if the new Poor People’s Campaign were to succeed? What if the increasingly global peace movement were to find the strength to halt war? All of which is to say: it is not too late to take better directions than those that lie dead ahead. Understanding the importance of doing so, however, may be aided by a better understanding of what it is too late for, what was passed up, what was — almost certainly — stolen away from us by a handful of self-righteous CIA murderers who thought that they knew best.

This article was originally published at DavidSwanson.org on May 4, 2018.