Lebanon: Hunting for the Sheikh 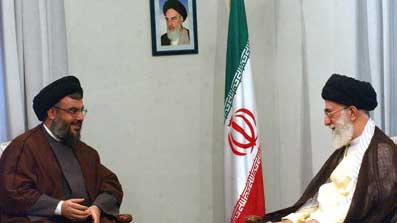 Although Israel's intelligence agency Mossad has not assassinated Hezbollah's Secretary General Sheikh Syed Hassan Nasrallah, it's certainly not for lack of trying.

If it was measured by a relative magnitude of having to devise a crude and innovative spectrum of ways to locate and kill your enemies deep inside their own territory, it’s a no brainer that Israel’s external spy agency, Mossad, is head and shoulders above the rest.

Ever since the secretive agency set up Kidon (bayonet), a dedicated unit tasked to initially avenge the killing of its citizens in the aftermath of the 1972 Munich Olympics, the combination of ingenuity and tradecraft its known to have employed in dozens of liquidations around the world has long left many of its enemies in consternation and peers in an envy.

Yet for all the legend that is attached to the word Mossad, and for all the intelligent and creative minds that have been enthralled by its mission over the years, there’s long been a feeling of impotence when it comes to the silencing of an enemy its hunted since the early 1990’s: Hezbollah’s Secretary General Sheikh Syed Hassan Nasrallah.

Although the considerable efforts exerted to achieve this goal have never reaped any fruitful results, it’s certainly not for lack of trying as over the years Israeli officials have gone to great lengths to try and convince the world of otherwise.

This has ranged from mythical anecdotes about the Sheikh purportedly escaping a certain operation at the last minute, imaginary tales of how he was injured in another and of course the constant public reminders that he’s once again a target in any future war. 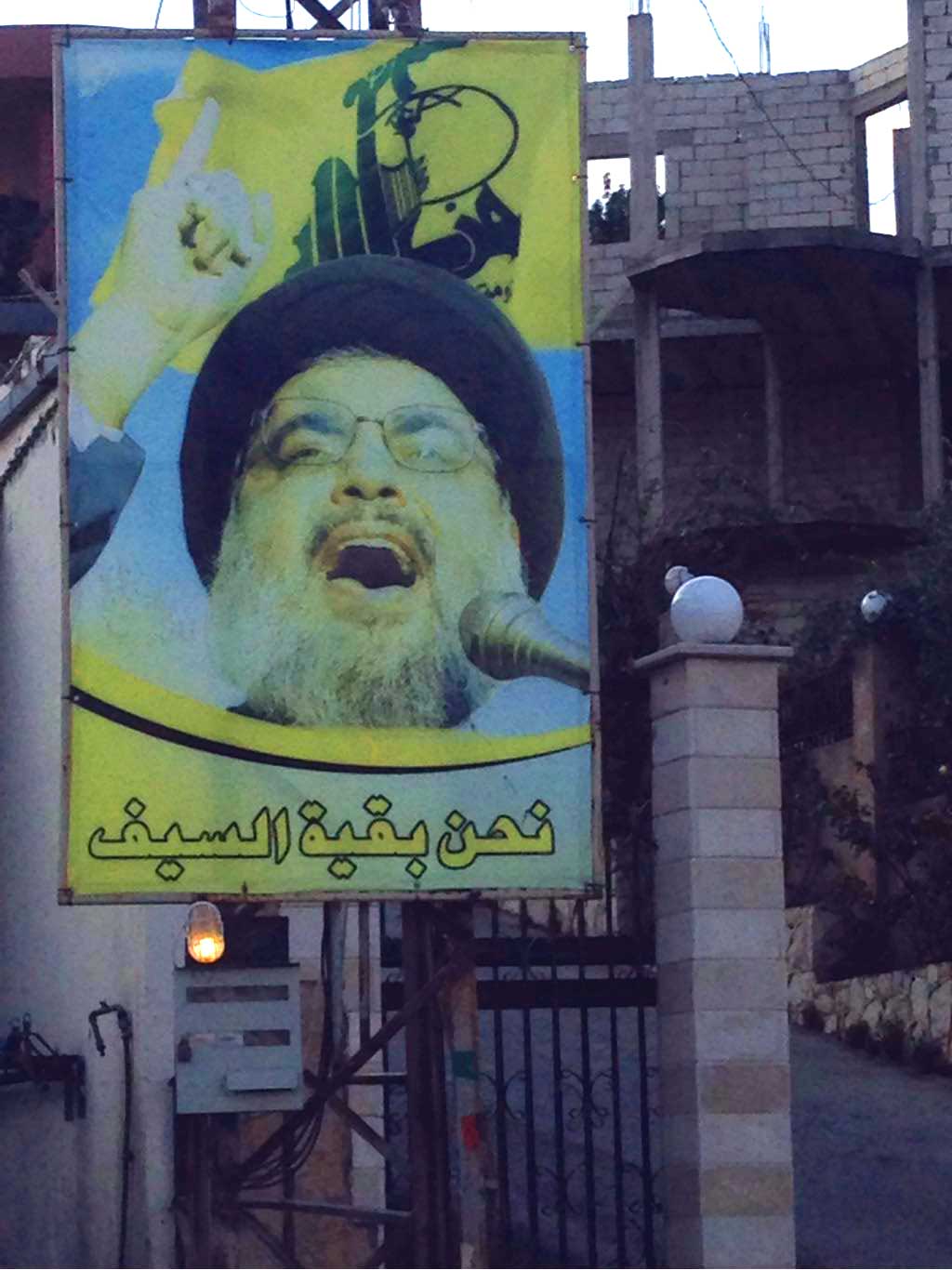 A poster of Hezbollah Secretary General Hassan Nasrallah on a gate in southern Lebanon. (Photo courtesy of the author)

More aggressive than ever

Even if it was not so obvious to concerned analysts, and as expected Israeli intelligence will customary give away little of what’s brewing, Mossad’s long-desired quest to put the powerful Sheikh into a deep sleep was quietly given a new lease of life in the early 2011—for reasons that remain subjective.

It was not a coincidence then that within a few weeks of this, Mossad’s ‘friends’ in the media were giving out pointers to the renewed effort with what can only be described as notes excerpted from the abstraction of a mathematical model that tried to reduce the complexity of locating the Sheikh and his movements to its essential characteristics.

But for all it was meant to portray, the rationalizing of Sheikh Nasrallah’s supposed life and times in a complex of bunkers in Dahiyeh, who he meets and how he meets them, his deceptive public and private bodyguard unit and how he communicates via decoded technology; the analysis would have been interesting if it were even semi-believable.

However, it doesn’t mean the Mossad teams that are sent to Beirut in interspersed formations and work together with their local agents and CIA allies north of the city, have not roamed the length and breadth of Lebanon in their devotion to find a lead that penetrates the inner circles of Hezbollah’s top security units.

It takes little imagination to picture them gleefully leaping at the chance to make use of the most advanced electronic interception mechanisms in order to scour for sensitive information through daily Lebanese chatter, mobile phone communications, Internet data, drones and even encrypted radio bursts—all in real time.

But for all the ubiquitous surveillance, fancy gadgets and quarantining of communications data, it appears to have resonated with the most field-tested officers among them, that shrewd Hezbollah counter-intelligence agents had done something to scupper their grand designs once more.

The wild goose chase could not have been made to feel even more hopeless by early 2017 with an ascendant Hezbollah in Syria now publically vowing to focus more attention on hostilities against Israel with increasing zeal and manpower that was otherwise limited due to its involvement next door.

Again, it would be the agencies ‘media friends’ that let the frustration of knowing the Sheikh was still alive and kicking trickle out into the front pages (and believe me, Smadar Perry, they’re still clueless about his comings and goings) as if to spur them into doubling down the nearly three-decades of arduous effort.

But it’s wrong to assume Mossad had become too immersed in the weeds in view of the bigger picture, or that it’s made no headway in recruiting discontented Shiites within Hezbollah or its supporting constituencies, that the multiple attempts to penetrate its solid structure has been in vain.

Like in the case of each targeted killing operation in recent times, as Mossad agents brainstorm through a Venn diagram towards the possible approaches for a successful hit, they’re aware that the weakest link in the security chain is almost always an amalgamation of security personnel and technology itself.

Although the former will inherently remain in the works for many years to come, the newfound potential in the latter resulted in Mossad working to uncover the mechanics of the Hezbollah leaders preferred medium for public address: A hard-wired and live video link.

But exactly because of the countless weeks and months spent on trying to decode its entire architecture, the deployment, base station, out-of-sight wired connection path, frequency bands and nodes turned out to be a frivolous endeavor, they soon decided to settle for something new.

This, it turned out, was hypothesizing just how exactly the Sheikh manages to disguise himself when travelling in and out of the country.

As expected, it was to be the media buddies who would be at the forefront of second-guessing the incognito manner, as if it was a novel idea for someone of his security stature to do so.

He has after all let them in on the trick with past comments about visiting, in disguise, parts of Beirut in the aftermath of the 2006 war and ordering amongst other things sandwiches and ice cream.

One can imagine the depth of Mossad’s resolve, the constant burning of midnight oil as they endlessly sift through piles of data, devising new mathematical models and having to plough through a trove of publically-released pictures and video footage of the Sheikh over the years.

Is it possible, they would be asking themselves, to discern his body posture and walk in public through Israeli-supplied advanced motion detection?

Can new hacked CCTV technology that tracks distinctive characteristics such as the way one smiles be exploited to spot those who change their appearance? Go from bearded to clean-shaven?

Can the fact that the Sheikh tends to slope his right and occasionally left foot when sitting be of any value?

What about his notable companions, the inner circle members that he’s constantly pictured in meetings with? Is following Hajj Hussein Khalil or Hajj Wafiq Safa, his two closest advisors, the much-needed foot in the door?

Either way, the litany of instances where the state of Israel has shown a callous disregard for human life in pursuit of her enemies only reminds Hezbollah that it would be a colossal mistake to assume Israel has gone soft and frustrated in its pursuit of enemy number one, whether he’s in private or public space surrounded by hundreds.

After all, this is a state that once sent an F-16 loaded with one-ton bombs into one of the world’s most densely populated residential neighborhoods to flatten a 4-storey block of flats, blowing innocent women and children into smithereens, all in the interest of eliminating a single High Value Target.