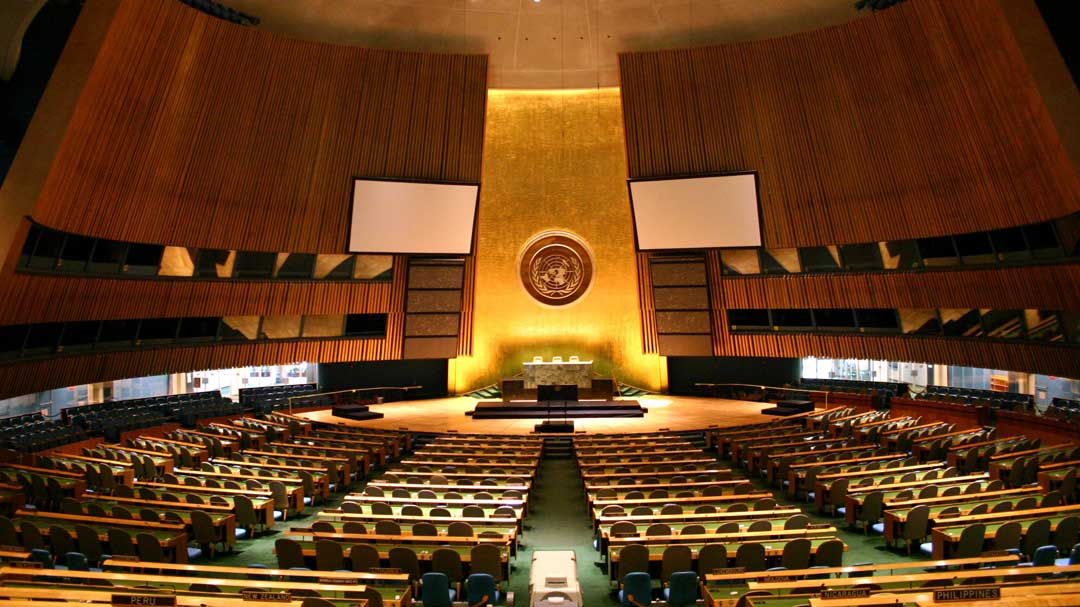 The UN as constituted by its Charter gives control of global policymaking to the richest and strongest states, while the president of the world’s superpower poses an apocalyptic threat.

The bad news from a global perspective is that the world crisis worsened during 2017, largely due to the inept and anachronistic orientation toward reality and human wellbeing exhibited by the Trump presidency.

Two things allowed this regressive narrative to unfold, putting aside the irresponsible failure of Democrats and progressive forces to put forward a mobilizing vision or candidate in the 2016 presidential campaign.

First of all, Trump’s presidential narcissism that associated itself in militarism, a nativist nationalism, and a corporatism geared to satisfy only the ultra-wealthy and to activate the hitherto mostly dormant pre-fascist virus.

Secondly, a Republican Party that shared the reactionary domestic agenda of Trump, and were unwilling to challenge him even on traditional Republican signature issues such as free trade and zero deficits. In the background was the Bannonesqe base that would have abandoned the Republican Party as soon as there was the perception that mainstream Republicans were abandoning Trump. In other words there is a lethal symbiosis between Trumpism and the fragility of the Republican establishment securely temporarily by crude opportunism.

Trump’s influence was an immense distraction from facing challenges that required urgent and creative national and global attention, including climate change, biodiversity, global migration, Middle East turmoil, nuclearism, and scandalous levels of income and wealth inequalities. Even without Trump this agenda of challenges would have required unprecedented ruptures from past patterns of international behavior if adequate responses were to be forthcoming.

Above all, how could the world solve these daunting problems without a much stronger set of instruments to promote the global and human interest. If you read the Preamble of the UN Charter it would make you believe that this was what the UN was about, an Organization representing the best interests of humanity as a whole, and not an instrument to be used or not on behalf of its national and geopolitical parts.

The Charter of the UN as well as UN practice tells a different kind of story, giving the most dangerous and powerful countries a right of veto, exempting themselves from international law and responsible international behavior, allowing geopolitics to play a role via funding and the appointment of a Secretary General, and leaving up to the discretion of governments as to whether or not they will submit international disputes to the International Court of Justice or alternative peaceful methods.

The UN as constituted by the Charter, and exemplified by more than 70 years of practice combines statist priorities dominated by diverse perceptions national interest with geopolitical procedures that give control of global policymaking to the richest and strongest states.

In effect, although the UN does make a variety of valuable contributions to a better world, when it comes to the major challenges it has proved itself too weak to promote effectively the global public good. At its best, when governments perceive their interests to overlap with global wellbeing and when geopolitical leadership is relatively benign, the UN can do some good.

Returning to consider ‘the Trump effect’ it becomes clear that the United States has not only relinquished its claims to positive global leadership, providing the world with some prospect of filling the vacuum of effectiveness and normativity resulting from UN weakness as an autonomous source of policy, but has indulged in a series of steps that can only be described as ‘negative leadership.’

These include a withdrawal from international engagements premised on the common good and asserting a high risk conception of power and influence that is both harnessed to the war system and disdainful of cooperative arrangements serving the common interests of humanity.

Instead of openness and cooperation we are given hard and soft barriers, anti-immigration moves reinforced by the attempted construction of expensive and deceptive walls, a protectionist psychology applicable to persons, trade, environment as well as militancy toward adversaries that threatens dangerous warfare in notable hot spots, at the moment, North Korea and Iran.

Are there countervailing factors that might make 2018 less of a disaster than it could be if the trajectory of 2017 is pushed into the future. It may be clutching at straws to suggest that the world seems to have passed through a honeymoon phase with Trump and is on to his dangerous and irresponsible ways.

Of course, Israel may be happy enough with this new twist in American foreign policy to name a station on its new light railway station ‘Trump,’ which is as close to a Nobel Peace Prize as this New York real estate dealmaker is likely to get, and Saudi Arabia may delight in enticing Trump to join in a sword dance and then ratchet up confrontation with Iran, but increasingly the rest of the world is on to this latest American trickster.

One token of this awakening was evident in the Security Council and General Assembly votes declaring the Trump decision to recognize Jerusalem as the capital of Israel ‘null and void.’

The General Assembly vote was particularly impressive as a rebuff of bullying tactics fronted by Ambassador Nikki Haley who issued feverish warnings to governments around the world that they would pay a price if they voted for the resolution and against the United States and indirectly warned the UN itself that funding would be cut if the Organization proved unfriendly, that is, opposed to U.S. positions.

She had the back of a chuckling Trump who saw the vote as a welcome opportunity to save money for his billionaire buddies, and scoffed at the authority of the UN.

Against this background a GA resolution condemning the Trump move by a vote of 128-9 was quite an extraordinary demonstration of declining American leadership capability, first by rebuffing Trump’s wayward initiative and even more by totally disregarding the bullying tactics.

The one-sided vote is even more significant than it seems when it is fully realized that every important country in the world, without exception, supported the resolution, and that the small scattering of ‘no’ votes came from insignificant small Pacific island states and a couple of minor vulnerable Central America countries.

Of course, this global turn against Trump has its own pitfalls. If the Mueller investigation turns up truly incriminating and impeachable material, Trump seems most likely to respond by behaving as a cornered animal, even a wounded one. Such a stance could produce a variety of provocations internally and internationally that were intended to shift the conversation, to unify the country, and sharpen the conflict to the point of a heightened risk of nuclear war abroad and civil strife at home.

Ever since the nuclear age began in 1945, apocalyptic risks have been present, and inadequate efforts have been made to remove them from the domain of miscalculation, malfunction, and malice. During the Cold War, at various times, most memorably during the Cuban Missile Crisis, our sense of these risks rose to alarming levels.

With the Trump presidency we should be similarly alarmed, if not more so. And not only alarmed, but resolved to do all in our individual and collective power to induce postures of global prudence, which as a first approximation, translates into a populist movement dedicated to denuclearization along with the strengthening of international law and the UN.

This article was originally published at RichardFalk.WordPress.com on January 1, 2018.