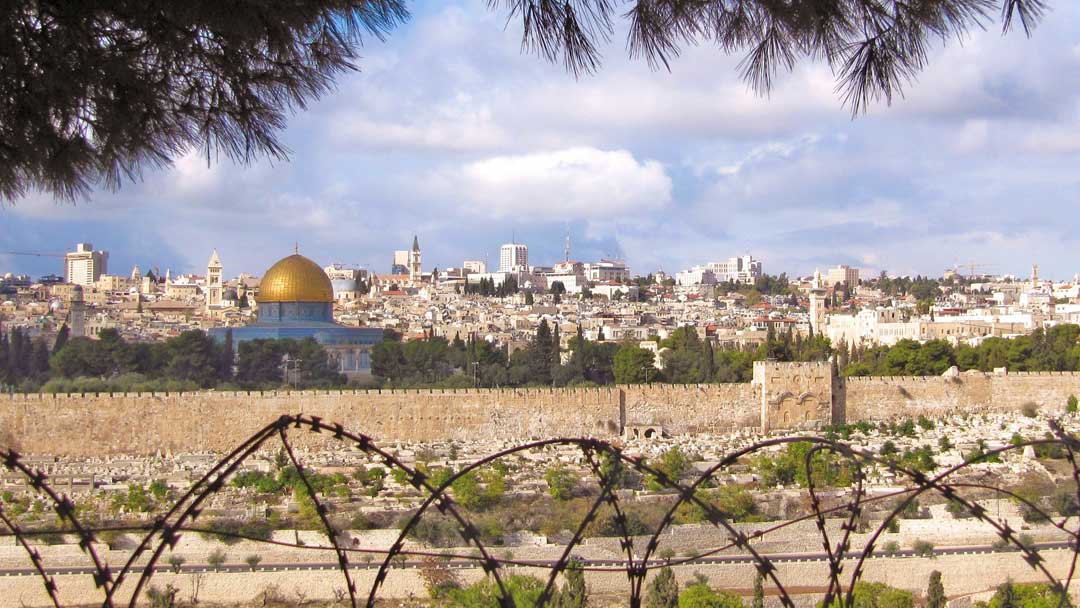 Moslems are safeguarding the world by refusing to abandon the city where both Christian and Jewish Zionists want to bring the world to an end.

In 1995, a few short years after the official end of the Cold War when hope-filled nations were focusing on peace and prosperity, the United States Congress unanimously passed the “Jerusalem Embassy Act“ into law. The law recognized “Jerusalem” as the official capital of Israel. The passage of this law was left unnoticed by most. Few objected to a law passed by the preeminent power of the new unilateral world order. Fewer still understood the consequences of the law.

On December 6, Donald Trump reminded the world of the decision made years ago. There was outrage, but the true implications of this decision were not discussed. Predictably, stories centered on Palestinians—and Jews. Some justified the decision while others condemned it. Many reasoned that the Palestinians had to be defended while others thought that it was up to the Arabs and Moslems to challenge America’s decision to recognize Jerusalem as Israel’s capital.

The Jerusalem question raised legal challenges to religious claims. The cacophony of protests and cheers obscured the approaching doomsday scenario that had been in the making for decades. Few understood. None listened. Others are in denial, believing religious zealotry to be a geopolitical game. But what has been taking place under our noses is not a fight over real estate, or international law. It is the power of madness, or the mad in power, that is enabling religious fanaticism to prevail at a cost to our collective humanity.

How could we not have seen this coming? Perhaps our logic challenged it; or our sense of decency denied the reality of what was happening. It would seem too improbable, simply too far-fetched that we should denounce God with our science and yet usher in rupture to bring back the God science had disproved (Big Bang). But how do we ignore Senator Broxon telling a cheering crowd “Now, I don’t know about you, but when I heard about Jerusalem — where the King of Kings where our soon coming King is coming back to Jerusalem, it is because President Trump declared Jerusalem to be capital of Israel”.

And how do we ignore Benjamin Netanyahu taking ownership of Jerusalem stating that the Bible, the holy book for Jews and Christians, had justified it.  Should we then be surprised that rabbis sent a letter of gratitude to Trump, praising him for “fulfilling prophecies”. Prophecies do not sit well with modernity; nonetheless, they exist. And attempts to fulfill them are not new.

In 2006, the Israeli government began work on an exact replica of the Hurva synagogue on its original site. The story of the Hurva has received little attention other than coinciding with Joe Biden’s visit to Israel and that government’s insistence on building more illegal settlements. But Hurva is the beginning of the end. Rabbis have been tailored for the special kind of garments they will be wearing in a “rebuilt temple”.[1]

Tragically for the world, such fanaticism is coupled with deadly weapons, thanks to the United States government. In 1999, Warner D. Farr, LTC, U.S. Army presented his findings in the Counterproliferation papers, Future Warfare Series No. 2, USAF Counterproliferation Center. This fascinating report, among other things, sounded the alarm over the probability of Gush Emunim, a right wing religious organization, or others, hijacking a nuclear device to “liberate” the Temple Mount for the building of the third temple.

America continued to fund Israel’s activities and shielded it from criticism.

So while the Western media paints a doomsday picture triggered by Moslems, and Mr. Trump, on cue from his Israeli boss points the accusatory finger at Moslems, there are far more precarious scenarios that are kept hidden from the public. The irony being that the Moslems are the only ones safeguarding the world from a Doomsday scenario by refusing to abandon the one city where both Christian and Jewish Zionists want to bring the world to an end.

What is incomprehensible is why it is that the rest of the world is following this pied piper into Armageddon. Surely is it not cowardice that prompts them to have Palestinians fight their battle. Or perhaps they believe they can avert this religious zealotry in time to save their skins while continuing to make a prophet by shedding the blood of the innocent in Jerusalem. How to explain their complicity and their madness other than to remind them to heed the words of Alexander the Great: “Remember upon the conduct of each depends the fate of all”.