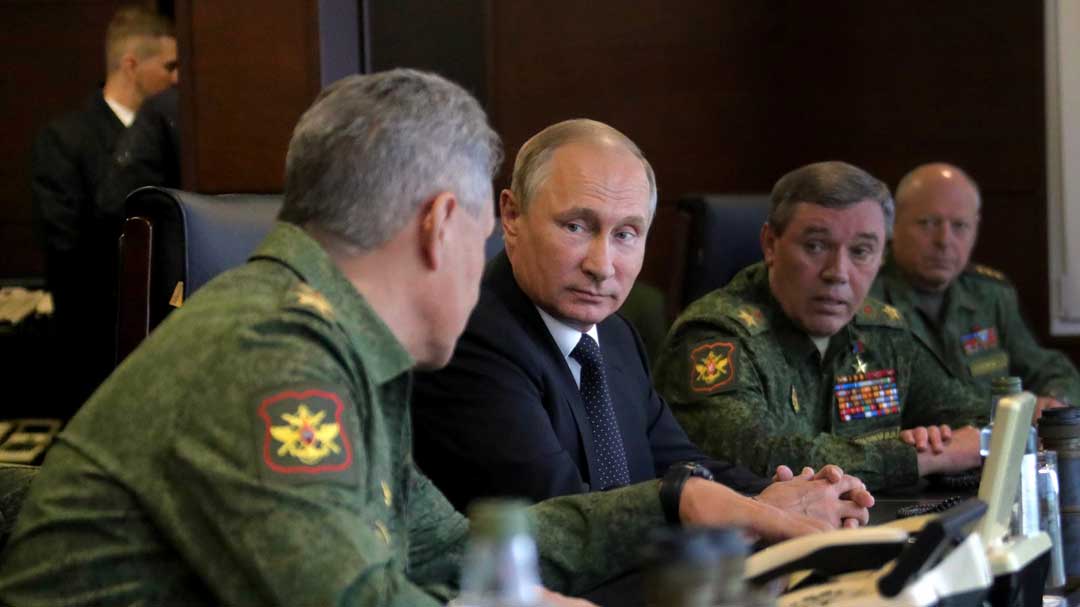 It should concern anyone interested in seeing the survival of the human species that the US government is picking a fight with Russia.

In recent columns posted on my website, I brought attention to two dramatic and dangerous developments between the two major nuclear powers.

One was the public statement of the deputy commander of the Russian military’s Operation Command at a recent Moscow security conference.

Lt. Gen. Viktor Poznihir, Deputy Chief of the Main Operations Directorate of the Russian Armed Forces, stated at the Moscow International Security Conference that the Operations Command of the Russian General Staff has concluded that Washington is preparing a nuclear first strike on Russia.

The other is the report that the US is collecting Russian DNA for the US Air Force weapons laboratory, the implication being that the US intends to research if a bio-weapon can be created that only targets Russians.

As far as I can ascertain, neither of these startling developments were reported in the US media. One would think that the White House would have been on the telephone to Putin giving reassurances that the US is not planning a surprise nuclear attack on Russia. One would think that the publication of US contracts for Russian DNA and Putin’s public statement about it would have immediately resulted in President Trump ordering a halt to the Russian DNA project.

But not a peep.

Instead, the morons ruling us are content to send two back-to-back messages to Russia that we intend to wipe out Russia.

Can you imagine anything more reckless and irresponsible than to convince a nuclear power that you have targeted them for destruction?

Where are the American and European media? The presstitutes are busy at work repeating endlessly the military/security complex and DNC’s lies about “Russiagate.” Alternatively, the presstitutes are focused on what the NFL’s national anthem policy will be.

We are experiencing the total failure of the leadership of a country.

While threatening Russia, the military/security complex and the presstitutes are simultaneously creating an ominous Russophobia among the US and Eurpopean populations.

President Trump said after his recent unofficial meeting with President Putin that he believed Putin that there was no Russian government interference in the US election. This set off a cacophony of denunciations by presstitutes, dumbshit politicians, and corrupt military/security officials.

Recently I pointed out that these highly visible threats to Russians are mindless considering the military inferiority of the United States. The Saker concluded that I was correct in my assessment.

The Saker has now provided considerable detail documenting Russian military superiority. If the morons in Washington persist in their insane aggression against Russia, the US will completely disappear from the face of the earth and likely also its dumbshit European vassals. Here is The Saker’s presentation.

Meanwhile, the effort to keep Americans and Europeans totally ignorant of everything that is really happening, substituting Washington’s controlled explanations for actual reality, continues. For telling the truth, the news service RT has been forced to register as a “foreign agent” under the Foreign Agents Registration Act (FARA).

In other words, the First Amendment, along with the rest of the US Constitution, has been repealed by Washington’s assertion of raw power, not limited by law or even morality.

According to the report (above) on Global Research, “This month, an organization calling itself the European Values Think-Tank, based in the Czech Republic and funded by the US embassy and foundations associated with billionaire George Soros, published just such a list, including the names of 2,300 RT guests, grouped into US and UK politicians, journalists, academics and celebrities. These individuals are, according to the think tank, ‘useful idiots’ for a ‘hostile foreign power.’”

I am not being facetious when I tell you “don’t expect to live much longer.” We are ruled by mindless, insane, psychopaths who believe that the US is invulnerable. These dumbshits are likely to get us all blown off the face of the earth. If you are not concerned that the US government is picking a fight with Russia (and China, North Korea, and Iran as well), something is wrong with you.

This article was originally published at PaulCraigRoberts.org on November 13.