What Is Really Going on in Saudi Arabia? 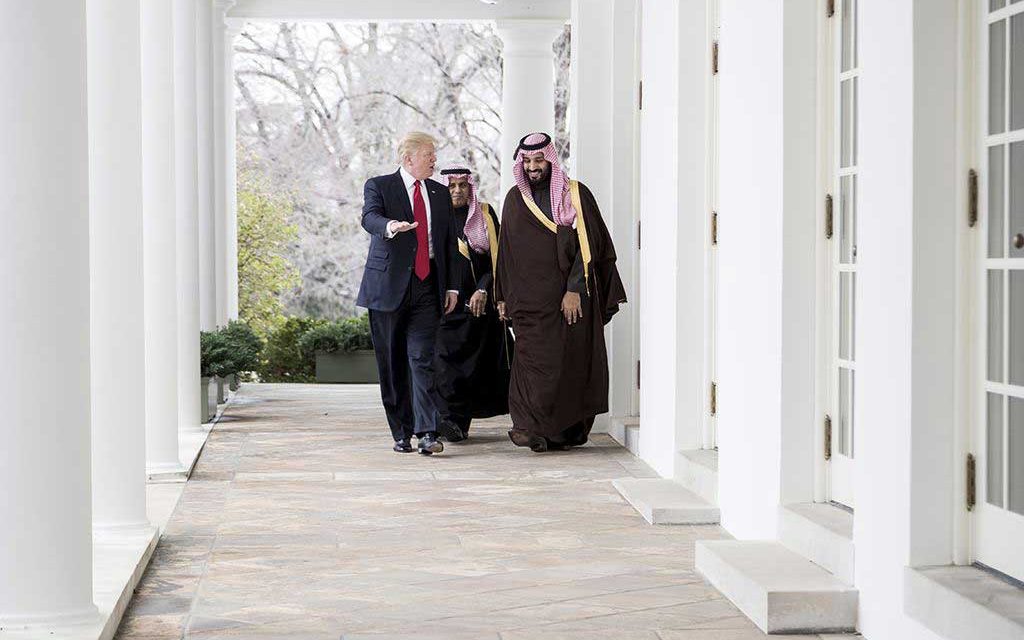 If Israel had to do all the ugly deeds it wants done in the region itself, the world would see it with blinding clarity for the pariah state that it is.

Donald Trump says that Saudi elites caught in an anti-corruption probe were “milking” the kingdom for years.

This is just nonsense from Trump.

Corruption is and has been everywhere in Saudi Arabia. How else could it be with all the countless billions changing hands in a fairly closed society?

So, it is easy for a guy like the new Crown Prince to glance around and conveniently find some corruption among people he wants to discredit anyway.

It may go beyond merely discrediting them to having hundreds of billions seized by the Crown Prince. Not a bad day’s work.

What is going on is a kind of coup against the old order by the new usurper Crown Prince. His recent appointment was by a King well known for his senility, and it suddenly and surprisingly upset the established order of succession and all kinds of extended family compacts.

We likely will never know what truly happened in this secretive kingdom. But we do know the abrupt changes created lots of enemies who needed attending to, and that seems to be what is happening.

And the enemies have no friends in Washington to whom they can appeal. The old order in Saudi Arabia suffered terribly in the wake of 9/11, and despite great efforts to pacify the US with new levels of cooperation, it is now being swept out.

Now, whatever is considered good for a hyper-aggressive United States is coincidentally good for its de facto colony in the Middle East.

Trump himself has already proved to be one of Israel’s best-ever American friends. Israel has long had great influence, but it possibly never had it so good as it does now, as with a UN Ambassador who speaks as though she were a joint appointment of Trump and Netanyahu. Trump’s only competitor in this regard would be Lyndon Johnson.

The US and Israel closely embrace the usurper because he has proven his dependability with bloody projects like making illegal war on Yemen. That war is exactly like the proxy war waged by mercenaries—ISIS and Al-Nusra, et al—in Syria except that in this case it is the open work of a nation-state. And now he joins Israel in making threats on Lebanon.

In all the Neocon Wars in the Mideast, great effort has been made, one way or another, not to have Israel at center stage, to avoid having Israel appear as aggressor. But, in fact, without the influence of Israel, none of these terrible wars would have happened.

Yes, the Crown Prince will be a dependable component in the years-long American-Israeli project of creating a new Middle East. The Crown Prince is essentially Israel’s man in Saudi Arabia, just as President el-Sisi is in Egypt. Israel is comfortable being surrounded by absolute governments, so long as they are absolute governments beholden to its patron, the United States.

Right now, the new Crown Prince is doing another bloody service for Israeli interests. The Prime Minister of Lebanon, Saad Hariri, was called to come to Riyadh in the King’s name for some business, as it turned out on false pretenses. Hariri had his plane surrounded and he was effectively arrested upon landing. Just pure modern piracy. Later, and who knows after what threats, he announced his sudden and unexpected resignation as prime minister, and he remains in Saudi Arabia.

It just so happens, in very recent time, Netanyahu and some of his officials have made some very ugly noises against Lebanon and even staged a large-scale set of war games, including calling up reservists, clearly threatening the country.

Israel just cannot stand the idea of Hezbollah being part of the Lebanese government whereas a reasonable observer would say Lebanon had achieved a peaceful balance in governing a land of many diverse political and religious groups.

After all, it hasn’t been that long ago since Israel helped catapult Lebanon into a terrible, bloody civil war, and it did so with its own bloody and unwarranted invasion of the country. Hezbollah, an organization which has never been a true terrorist group no matter what Israel goes on about, came into its own by opposing Israel’s long-term, illegal occupation of Southern Lebanon.

They were only defending what is theirs, but they made Israel look very bad, and that is an unforgivable offence. So, here we have the new Saudi Crown Prince doing more dirty work on Israel’s behalf, much as with his war in Yemen where he bombs civilians regularly, saving Israel from having to act on its own to get what it wants in someone else’s country.

You see, if Israel itself actually had to do all the ugly deeds it wants done in the region, the world would see it with blinding clarity for the pariah state that it truly is, starting wars incessantly. Proxies—whether mercenary gangs like ISIS and Al-Nusra in Syria or tyrants like the new Saudi Crown Prince in Yemen and Lebanon—are the latest fashion statement from Tel Aviv.