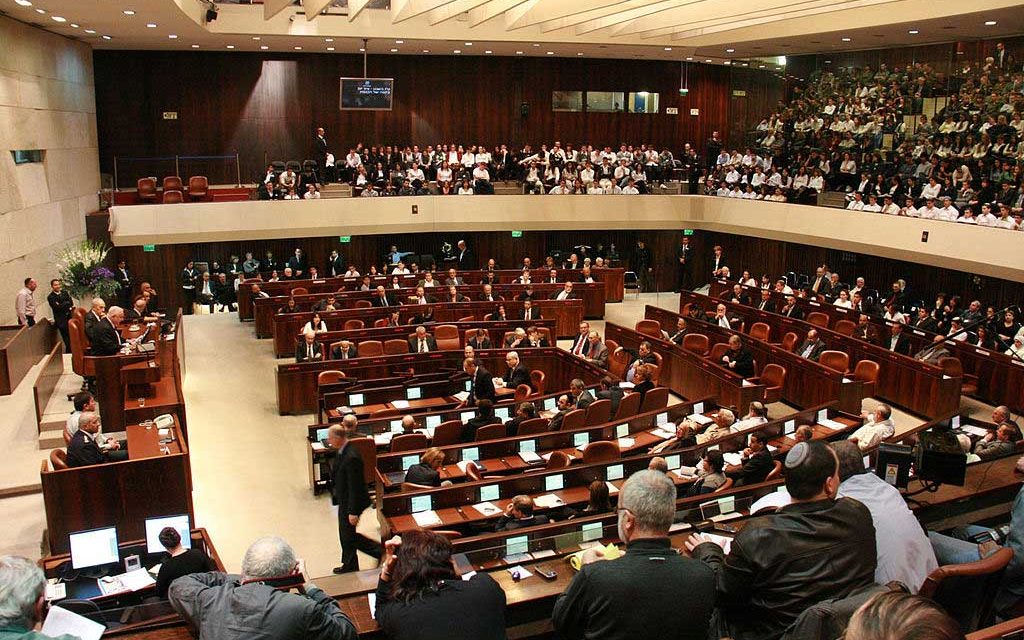 Palestinians, on the other hand, are bearing the brunt of racism more than ever before, for Israel’s Jewish dream has become their never-ending nightmare.

The Israeli Knesset (parliament) has hurriedly passed a new bill that defines Israel as the “national home of the Jewish people.” Although the association between Jewishness and Israel goes back to the foundation of the state, the new law also carries clear discriminatory elements that target the country’s Arab communities, numbering nearly two million people.

The ‘Jewish Nation-State Bill’ is the latest concoction of Israel’s rightwing Zionist Jewish parties, which have dominated Israeli politics for years. With the Israeli ‘Left’ rendered irrelevant, or has itself moved to the right, the rightwing elements of Israel are now the supreme rulers of that country.

By strict definition, Israel is, at best, an inadequate ‘democracy’ or a democracy for Jews only, although it has promoted itself for decades as the ‘Middle East’s only democracy’. Like other Middle Eastern governments, Israel uses all the right sounding words and phrases, but its political system is neither fair nor representative of all citizens regardless of race, ethnicity or religion.

In some way, Israel behaves as if Palestinian Arabs—Christian or Muslim—do not exist. Whether citizens of Israel or the occupied Palestinians in East Jerusalem, the West Bank or besieged Gaza, they are all, to varied degrees, invisible to Israel’s political system.

While so-called Israeli Arabs enjoy a semblance of rights—a fact that is often underscored by Israel as a proof of its democratic credentials—millions of occupied Palestinians exist completely outside the system. The only rules that apply to them are the rules of war and guidelines set by military courts and carried out by occupation soldiers.

But nearly a fifth of Israel’s own population—native Palestinians—are subjected to an array of discriminatory laws that collectively render their fundamental human and political rights devoid of substance. ‘Adalah’, the Legal Center for Arab Minority Rights in Israel, has established a database of new and proposed bills at the Knesset that discriminate against Palestinians and privilege the Jewish citizens of Israel. They are many.

Reporting in ‘Al Jazeera’, Jonathan Cook explained the nature of discrimination that will be introduced once the Jewish Nation-State Bill becomes law. “Among its provisions, the legislation revokes the status of Arabic as an official language,” he wrote.

Once the bill is enacted into law, which Israeli Prime Minister, Benjamin Netanyahu, vowed to achieve in the course of 60 days, the legislation will increase “the powers of so-called ‘admissions committees’ that block Palestinian citizens from living in hundreds of communities that control most of Israel’s land.”

In fact, none of this is entirely new. Israel was established as a state for the Jews, regardless of their birthplace and current residence, following the destruction of Palestine and the ethnic cleansing of its population.

Palestinians are still reeling under that very Nakba—or ‘Catastrophe’—that had befallen their ancestors in 1948. When Israel was established, over 500 Palestinian towns and villages were destroyed, and the Arab, Muslim and Christian identity of that country was violently gutted out, to be replaced by a Jewish one.

Benny Morris’s Untenable Denial of the Ethnic Cleansing of Palestine

The New York Times on “Nakba”: Whitewashing the Ethnic Cleansing of Palestine

The proposed law is but one of numerous such attempts, using ‘democracy’ as a vehicle to perfect the marginalization of Palestinians.

Israel never had a constitution, but a set of Basic Laws. It opted not to have a constitution because such a document requires a clear definition of the country’s borders. An expansionist state since birth, Israel has postponed the question of borders to a later date.

The Basic Laws have also defined Israel as a Jewish state. For 70 years, various Israeli governments from the Right, Left and Center, used such definitions to discriminate against Palestinian Arabs, denying them access to most of the country’s land, to live in certain communities or politically organize in any way that may be deemed perilous to the Jewish identity of Israel. Those who refused to comply were treated as fifth column and traitors. In fact, Palestinian Arab citizens have always been treated as third class citizens.

However, the clustering of Israel’s Right in recent years, the rise of the ultranationalist parties and the further religionization of the country’s identity has pushed the scale of discrimination against the Palestinian community in Israel to an all-time high.

Last July, a majority in the Knesset voted in favor of a bill that, in principle, could expel members of Knesset whose views are judged as contrary to those of the majority.

“This law presents a most grave danger to one of the most basic civil rights in a democratic society—the right to vote and the right to be elected,” ‘Adalah’ said in a statement at the time.

Like previous laws, the ‘expulsion law’ is “intended to expel Arab Knesset members who ‘dare’ to stray beyond the boundaries dictated to them by the Israeli Jewish majority, thus silencing the voice of the Palestinian Arab public.”

Although a religious matter to some, the emphasis on the Jewish identity of Israel was hardly a question of religion, but a matter pertaining to race and ethnicity.

It is a known fact that Theodor Herzel, founding father of Zionism—the ideology upon which Israel was founded—and David Ben-Gurion, Israel’s ‘founding father’ were both ardent atheists.

For them, and other leaders of the early Zionist Movement, Judaism was a vehicle that helped galvanize the collective energy of Jewish communities around the world to ‘return’ to the ‘mother homeland’.

Referring to Ben-Gurion, David Hulme wrote in Vision.org “even in his later years he demonstrated no great sympathy for the elements of traditional Judaism, though he quoted the Bible extensively in his speeches and writings—more than any other Jewish politician then or since.”

Such ethnic and religious jingoism continue to define Israel’s attitude towards Palestinians. However, a new breed of purely religious Zionists has morphed in recent years to replace Ben-Gurion’s national Zionism which used religion to merely achieve its political aims.

The Jewish Nation-State Bill is particularly dangerous for it crosses all previous lines. Masked as a renewed emphasis on Israel’s Jewishness, the law will push the country’s minorities further into a corner.

The law will further officiate racism in Israel and cement a growing Apartheid system.

Yet Netanyahu insists that “there is no contradiction at all between this bill and equal rights for all citizens of Israel.”

Israel’s odd definition of democracy and relentless attempts to reconcile between democracy and racial discrimination, however, is rarely challenged among its American and European allies.

Palestinians, on the other hand, are bearing the brunt of racism more than ever before, for Israel’s Jewish dream has become their never-ending nightmare.