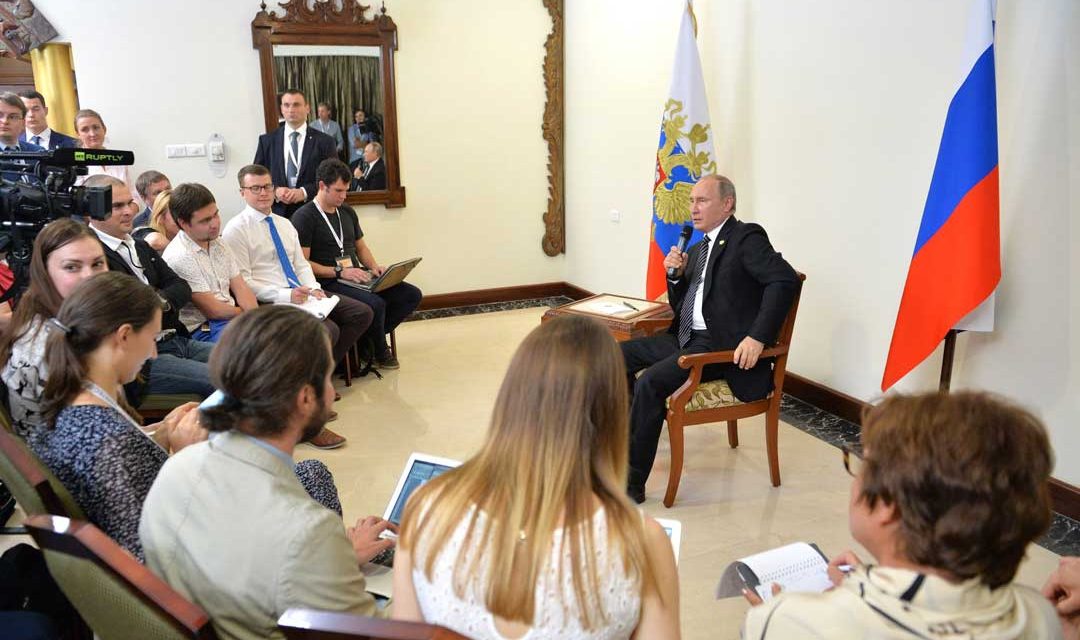 And when you get your news from the mainstream media, you are being indoctrinated for war with Russia (and China) and thus being prepared for your funeral.

The few weeks of Trump’s presidency suffice to make clear that there will be no change this time either. Normal relations with Russia are on the back burner, if not off the stove. The material needs of the military/security complex for an enemy in order to justify its budget and police state powers, and the ideological needs of the neoconservatives for US world hegemony are deemed to be more important than trust between thermo-nuclear powers. As for the liberal/progressive/left, they regard working to preserve life on earth as merely a pretext for being soft on Russians and those who commit treason by favoring friendly relations with Russia.

The American working class has discovered that it has among Trump’s government no larger a constituency than have the Russians. Having been told by corporations, which are spending billions of dollars buying back their own stock, that they are too poor to pay US wages, Trump has found that the path to economic security for the work force lies in corporate tax reduction. Identity politics marches for open borders for Muslims and Hispanics and for transgendered toilet facilities, not for bread and peace, and wants Trump impeached because he is not yet at war with Russia.

Trump’s Russophobic appointments, such as McMaster, Mattis, and Fiona Hill are actually worse than Obama’s Victoria Nuland, Samantha Power and Susan Rice. Just as Hillary and Nuland brought regime change to Ukraine, Tillerson at the State Department has signaled regime change of the democratically elected government in Venezuela. Ecuador and Bolivia won’t be far behind. 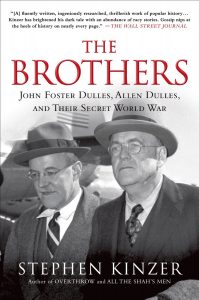 Washington has never supported governments that put the interests of their peoples ahead of the interests of those who rule the US. From Africa to South America to Indonesia to Cuba to Vietnam to Iran to Egypt, Washington has always misrepresented the forces for change as communist. Washington overthrew the first democratically elected government in Iran, the first in the Congo, and a large numbers of others. Read Stephen Kinzer’s The Brothers. Read General Smedley Butler who said that he and the US Marines made South America safe for the United Fruit Company and investments of the New York Banks. Read John Perkins’ Confessions of an Economic Hit Man.

Washington opposes democratic change with an iron fist. Now Marine Le Pen, the favored candidate for the presidency of France in the upcoming election, is in the process of being destroyed by Washington. 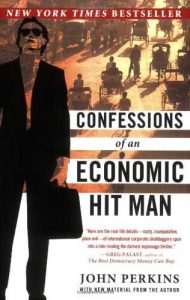 Marine is not on Washington’s approved list. The reasons are: (1) she speaks to French interests, not to Washington’s or the EU’s, (2) she opposes the Trans-Atlantic Partnership, which gives US global corporations immunity to French laws against GMOs, and French labor, safety, and environmental standards, (3) she supports French opinion that the French are French and not “European” and wants out of the European Union, and (4) she wants France out of NATO, which uses France as a tool for American aggression.

Washington first attacked Marine via its surrogates in the French press and government, who managed to nullify her parliamentary immunity. With this achieved, she is now accused of “misuse of EU funds.”

The charge, of course, is a hoax, a frame-up. The charge, if it proves effective, will rely on the French presstitute media’s portrayal of Marine as a “fascist” for representing French nationalism. Today, if a European person is loyal to his or her own country and not to the EU, the person is considered to be a “nationalist,” a term that has been merged with “fascist.” The consequence is that anyone in France who wants to represent the French is a “fascist.”

Marine Le Pen lost her parliamentary immunity because she posted photos of ISIS victims on Twitter. The photos she posted were accurate and correct, simply the truth. But the charge is that to tell the truth about ISIS means that you are anti-Muslim, which today is like being anti-Jew, anti-black, anti-homosexual and anti-transgendered. The protection of Identity Politics now extends not only to the Muslim refugees from America’s wars who are overrunning the Western world but also to ISIS. The accurate and truthful photos violated Identity Politics.

The consensus of those few in Europe who reside outside the Matrix created for them by Washington and the American presstitutes is that the CIA will not permit Le Pen to become President of France. She is a threat to Washington’s empire. If she cannot be destroyed with scandal and false charges, like Dominique Strauss-Kahn, she will be assassinated.

Democracy cannot function without an honest media. Nowhere in the Western world does an honest media exist. There are a relatively few sites on the Internet media that are independent of ruling elites and speak the truth to the extent that they can find it. But the very shadowy PropOrNot website, likely a product of the CIA or George Soros, has declared those who understand that good relations between thermo-nuclear powers are essential to be “Russian agents.”

One dozen Russian Satan 2 ICBMs are sufficient to destroy the United States. One is sufficient to destroy France, the UK, or Texas. Why is Washington and Washington’s European, Canadian, and Australian puppets inviting such an outcome with continuous false accusations against Russia (and China)? No person with any intelligence can possibly regard the thrice elected president of Russia as “the new Hitler,” “a Mafia Don,” “ a thug.”

By orchestrating Russophobia in the West, Washington has put all of humanity at risk. The Russians have watched Washington’s false accusations against Afghanistan, Iraq, Syria, Somalia, Libya, Yemen, Pakistan, Iran and against Russia herself—“invasion of Ukraine.” False accusations have in the 21st century always been Washington’s set-up of the target country for invasion or bombing.

These provocations issued daily by the idiot Western press, the idiot Western governments, and the idiot commentators have prepared the groundwork for a misunderstanding that can result in thermo-nuclear war and the end of life on earth.

When you read the New York Times, the Washington Post, or listen to CNN, NPR, or MSNBC or the British, Canadian, German, French, and Australian media, you are being indoctrinated with war with Russia (and China) and, thus, you are being prepared for your funeral.

Accustomed to looking for hope from within their own country, Americans become depressed when faced with these facts. Whereas the American Oligarchy is too strong for change, the situation in Europe is more hopeful.

The EU is a collection of countries that have little in common. The British have concluded that submerging their identity into something called “Europe” is not in their interest. Other countries—Hungary, the Czech Republic, Greece and Portugal—are realizing that capitalists are more rapacious than commissars and might seek salvation in reclaiming their sovereignty. The exit from the European Union, a CIA-sponsored organization, could gain momentum.

NATO also could come unglued as European populations realize that it is not Russia that is the threat. The threat is that Washington is forcing Europe into conflict with Russia, a conflict in which Europe has nothing to gain. For Europe, conflict with Russia means the death of Europe. A few Europeans have gained sufficient awareness to begin asking: “Why die for Washington’s hegemony?”

This is Marine Le Pen’s question, and it is now being asked by a few in Germany. As Europeans gain awareness of Washington’s insanity, the question will grow. The millions of Muslim refugees from Washington’s wars who are flooding Europe with problems are bringing home to insouciant Europeans the price of accepting Washington’s overlordship.

The privatizations, which have wrecked the prospects for Latvia, Ukraine, and Greece, and that have raised costs and lowered living standards in Britain and France while concentrating income and wealth at the top of the income distribution, are a European lesson that the partial socializations of social democracy are more livable than the system of plunder that now rules.

Washington’s mask of benevolence is falling away, revealing the face of greed and evil that is its true face. This face is far more terrifying than the orchestrated “Russian threat.” If more Europeans can gain awareness, the threat of thermo-nuclear war will crumble with Washington’s empire.