Syria: A Letter to the Trumpster 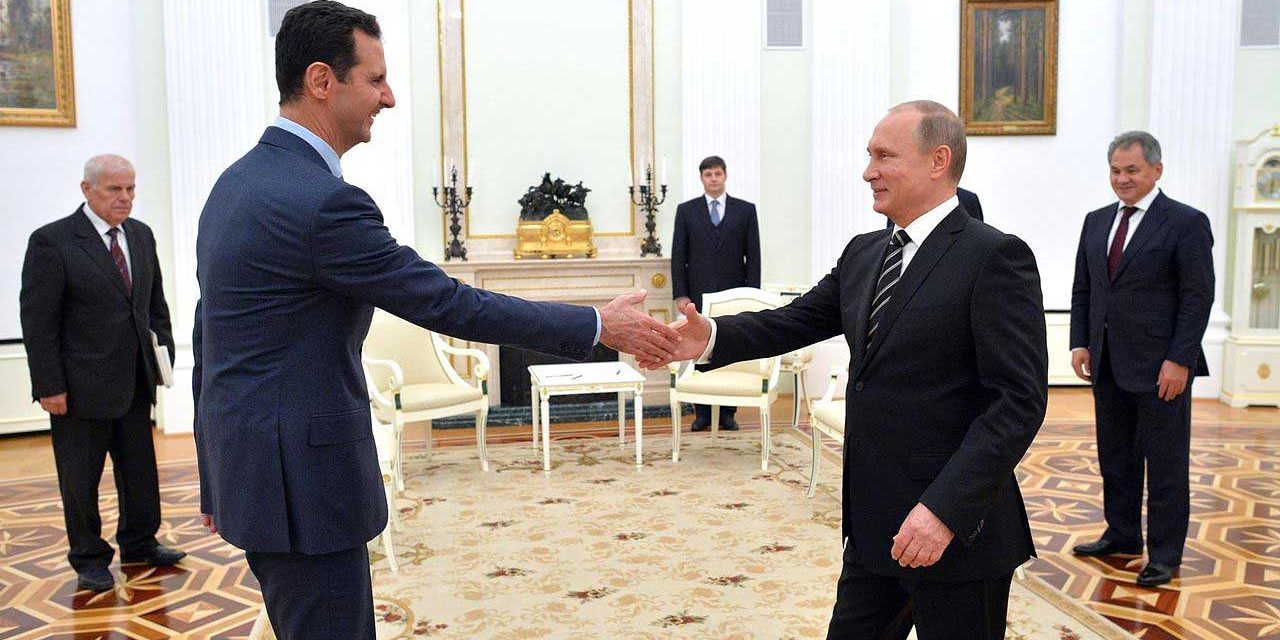 What the Trump administration could do to end the bloody civil war in Syria.

It would of course be insulting to even suggest you require a ‘situation analysis’ for concurrent events in the Syrian Arab Republic because like those arduous daily presidential briefings that you’re too smart for, it might come across as though your intelligence quotient is being questioned.

In any case, it suffices to say that you understood at least a speck of American involvement in the Syrian crisis prior to occupying the presidential post that it rendered you into becoming one of its most outspoken critics.

The sentiments you expressed about getting bogged down into an Iraq or Libya-style like quagmire, the corollary of spending billions on special forces to assist on the ground, the train-and-equip program for supposedly anti-government fighters you don’t know and whose successes appeared to be propelling the reach of Daesh (ISIL)—were all noble indeed.

Today, Mr President, Syria and its concerned neighbours can do with seeing those very sentiments turned into actions that can assist them in defeating the phenomenon of extremism that, with the help of the United States and her lackeys in the region, was freed from its cloisters to having no boundary at all.

And in order to be as succinct as possible so that you’re at least capable of making a mental note for the yet-to-be clarified policy on Syria, here’s a few short paragraphs on what really transpired and where the stalemate currently is.

Ever since 2011, a war against corruption and political seclusion in Syria was manipulated into being an extension of the so-called Arab Spring—a spring that had it been true to its cry of democracy, freedom and justice—would have undoubtedly began from the most backward, oppressive and tyrannical of Arab states located in the Persian gulf.

The previous administration of your country, the Sultan that resides in the white house of Turkey and certain absolute-ruling Arab monarchs began arming, funding and giving a green light to Syrian rebels and their admirers around the world.

In a matter of months, a relatively peaceful and co-habiting state was transformed into an arena for armed conflict, became a tragic victim of foreign intervention and plummeted into a web of chaos, calamity, ruination and civil war.

Then a mutinous and seditious segment of the Syrian armed forces that called themselves the ‘Free Syrian Army’ began to serenade disgruntled and power-hungry ‘Sunni’ soldiers with the cry of revolution.

At the same time, they encouraged poverty-stricken and unprepared Syrian youths to throw themselves into a violent revolt against the country’s security-forces knowing full well that fearing an existential threat, a reputation for brutality or having within them criminal elements, these poor youths would face a certain death.

The utter-monstrosity that ensued went from blackouts, martyrs and tragic scenarios to the so-called Arab Spring becoming a victim of its own aggression.

For almost as quickly as it began, did a new criminal, murderous, racist and savage cult unseen in the region since the middle ages and which lived in a large echo chamber that only listened to itself, enter the fray.

Daesh, Mr President, and its pioneering displays of captivity, crucifixion, decapitation, massacre, slaughter and profanation of corpses is an indirect outcome of U.S.-led support that was hell-bent on ousting the government in Damascus at any cost.

The net result of this support today is half a million Syrian’s killed, 4.8 million refugees scattered around the world, another 6.6. million internally displaced, a generation of school children locked out of classrooms whilst destruction, disease and poverty is now rampant across the country.

The government of Bashar Al-Assad, following a string of tactical military victories, now remains more firmly in power than ever before since the start of the upheavals in 2011—at least in the most populated and strategic parts of the country.

Meanwhile Daesh, Al-Qaeda inspired radical groups, and their allied conflux of rebel movements trying to overthrow the Syrian government are now hunkering down in some of the isolated pockets of territory they still control.

Your traditional Arab allies Mr President, those that instigated the revolt in Syria to detangle it from Iran and Hezbollah under the guise of building a ‘Sunni-crescent’ to do your country’s wishful bidding, clearly go through periods of mental impairment that if not checked will be destructive to your country’s interests in the long run.

After all, Daesh’s spilling of innocent blood, the evil ideology and sick hero-worship they’ve spread in the region, the anarchy they’ve left in Syria where new-born bandits, brigands and radical terrorist groups are taking root, does not by any measure advance American or Arab national security.

But don’t go on a diatribe just yet.

This war cannot go on indefinitely, eventually the Syrian government along with its Iranian, Lebanese and Russian allies—the main bulwark against Daesh and it’s allied extremist groups that you so wish to pulverise—need to declare victory.

The next steps of your administration could be crucial in expediting this inevitable victory, ending the civil war and ideally ending the era of buying and selling mercenaries in the region to topple governments that don’t furnish America with their credentials or do her bidding.

Mr President, the next phase of the war will obviously be about focusing on flushing Daesh and its allies from the last remaining strongholds of Idlib and Raqqa.

The immediate question on everybody’s mind is what the Trump administration will kindly do to play its part.

Is it going to simply hold back and wait for a day the watermelons smash each other and then calmly watch the Syrian army move in to mop-up the mess, or will it double down and offer something more forceful to finally staunch the metastasis of this extremist cult?