A Blessing in Disguise? The Trump Presidency May be Better for Palestine 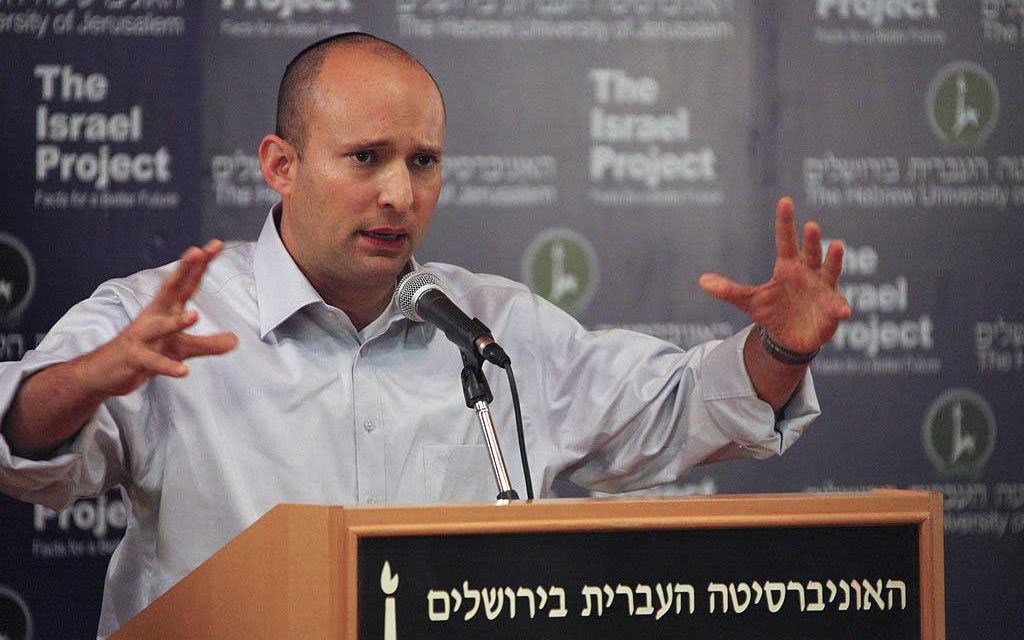 So how could Trump as president benefit Palestinians in any way? Simply put: clarity. And end to Washingtonian doublespeak would be good for Palestine.

Israel is dizzy. January 20 has been like another Christmas Day, and Donald Trump is jolly old Santa Claus bearing gifts. The writing is already on the wall as President-elect Trump has appointed as the next US Ambassador to Israel an extremist, David Friedman, who intends to relocate the US Embassy from Tel Aviv to Jerusalem and who supports the expansion of illegal colonies that have already sliced up the envisaged Palestinian state into South Africa-like Bantustans.

Thus, it must be odd, if not altogether provocative, to suggest that a Trump presidency could be the coup de grace that Palestinians and, in fact, the entire Middle East needs to liberate themselves from the weight of an overbearing, arrogant and futile American foreign policy that has extended for decades.

Unmistakably, a Donald Trump presidency is clearly terrible for Palestinians in the short term. The man does not even attempt to show a degree of impartiality or an iota of balance as he approaches the Middle East’s most protracted and delicate conflict.

According to the seemingly infinite stream of his tweets, Trump is counting the days to when he can show Israeli leaders how pro-Israel his administration will be. Shortly after the United States abstained from voting on a United Nations Security Council Resolution 2334 that condemned Israel’s illegal settlements on December 23, the President-elect tweeted, “As to the U.N., things will be different after January 20th.”

Trump took to Twitter once more, shortly before John Kerry delivered a major policy speech on the Palestinian-Israeli conflict, where the Secretary of State chastised Israel for jeopardizing the two-state solution and called the current government of Benjamin Netanyahu the most rightwing in Israel’s history.

In his retort, Trump called on Israel to ‘stay strong’ until his inauguration on January 20. Israeli leaders are eying the date, too, with the likes of Naftali Bennett, head of the extremist Jewish Home Party, expecting a ‘reset’ of Israeli-US relations once Trump is president.

Furthermore, “we have a chance to reset the structure across the Middle East,” Bennett, who is also Israel’s Minister of Education, told journalists last November. “We have to seize that opportunity and act on it,” he said.

One of the impending opportunities presented by the Trump presidency is that “the era of the Palestinian state is over.”

Of course, Kerry is right; the current Israeli government is the most rightwing and most extreme, a trend that will not change any time soon, since it is an accurate reflection of the political and societal mood in the country.

“Kerry quoted me three times, anonymously, in his speech in order to demonstrate that we oppose a Palestinian state,” he said, “so let me state it explicitly: Yes. If it depends on me, we will not establish another terror state in the heart of our country.”

As for Kerry’s reiteration that Jerusalem should be a capital for both Israel and Palestine, Bennett responded: “Jerusalem has been the Jewish capital for 3,000 years. That is in the Bible, open it and read.”

The stranglehold of religious zealotry on Israeli politics is irreversible, at least not in the foreseeable future. While, in the past, secular Jewish politicians used religious notions to appeal to religious Jews in exchange for their votes and to populate illegal settlements, it is the religious groups that now set the tone of mainstream Israeli politics.

So how could this benefit Palestinians in any way? Simply put: clarity.

Since mid-level US officials agreed to meet with a Palestine Liberation Organization delegation in Tunisia in the late 1980s, the US has chosen a most bewildering path of peace-making.

Soon after the US hesitantly ‘engaged’ the PLO—once the latter had to jump through a thousand political hoops to receive the US nod of approval—the US was left alone to define what ‘peace’ between Israel and its Palestinian and Arab neighbors entailed.

The White House set the parameters of the ‘peace process’, corralled Arabs on many occasions to have them rubber-stamp whatever peace ‘vision’ the US found suitable, and divided the Arabs into ‘moderates’ and ‘radicals’ camps, solely based on how a certain country would perceive US dictates of ‘peace’ in the region.

Without any mandate, the US designated itself as an ‘honest peace broker’, yet has done everything wrong to jeopardize the accomplishment of the very parameters that it set to achieve the supposed peace. While it went as far as describing Israel’s illegal settlement construction as an ‘obstacle to peace’, Washington funded the settlements and the occupation army entrusted with protecting those illegal entities; it called for ‘confidence building measures’ while at the same time bankrolling the Israeli military and justifying Israel’s wars in Gaza and its excessive violence in the Occupied West Bank and Jerusalem.

In other words, for decades, the US has done precisely the opposite of what it publicly preached.

The US political schizophrenia is on full display at the moment. While Obama dared to commit the unspeakable in December—as in abstaining from a vote on a resolution that demanded that Israel halt its illegal settlements in the West Bank—only a few weeks earlier, he handed Israel “the largest military aid deal in history.”

The US blind support of Israel throughout the years has increased the latter’s expectations to the point that it now anticipates US support to continue, even when Israel is ruled by extremists who are further destabilizing an already fragile and unstable region.

According to Israeli logic, such expectations are quite rational. The US has served as an enabler to Israel’s political and military belligerence, while pacifying the Palestinians and the Arabs with empty promises, with threats at times, with handouts and with mere words.

The so-called ‘moderate Palestinians’, the likes of Mahmoud Abbas and his Palestinian Authority, were duly pacified, indeed, for they won the trappings of ‘power’, coupled with US political validation, while allowing Israel to conquer whatever remained of Palestine.

But that era is, indeed, over. While the US will continue to enable Israel’s intransigence, a Trump Presidency is likely to witness a complete departure from the Washingtonian doublespeak.

Bad will no longer be good, wrong is not right, and warmongering is not peacemaking. In fact, Trump is set to expose American foreign policy for what it truly is, and has been for decades. His presidency is likely to give all parties a stark choice regarding where they stand on peace, justice and human rights.

The Palestinians, too, will have to make a choice, face the decades-long reality with a united front, or side with those who intend to ‘reset’ the future of the Middle East based on a dark interpretation of biblical prophecies.