Yes, There Will Be Election Fraud, and on a Grand Scale 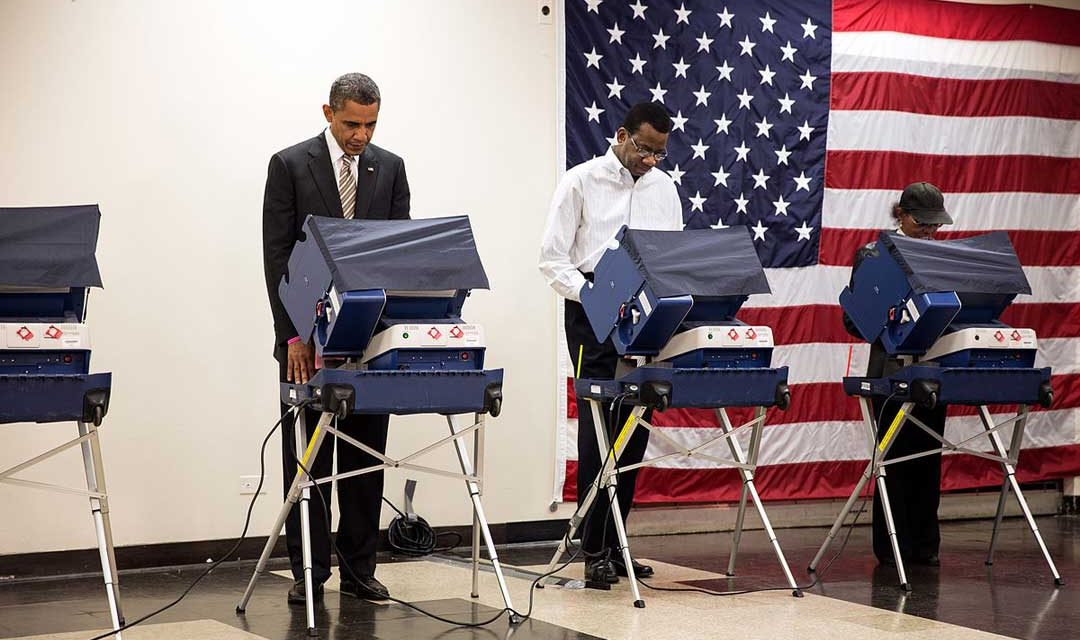 America’s election system is designed only to give the theater of democracy with none of the substance.

It is a virtual certainty that the American establishment will resort to election fraud to help Hillary Clinton. They simply do not know what to do about Donald Trump. America’s election system was not designed to handle a phenomenon like him, a non-politician, a man with some genuinely fresh anti-establishment views, who quickly rides a wave of popularity to do a hostile take-over, as it were, of a major old-line party.

America’s election system is designed to give the theater of democracy with virtually none of the substance, but even in the face of that reality, election fraud in America still has a long history. Even though we are usually talking about two establishment candidates representing two establishment parties, the competitive instincts of the two rival gangs, each eagerly seeking power and privileges and appointed offices for themselves and their adherents, have often resulted in vote fraud. How much greater is the impulse now in that direction to defend against a candidate who actually wants to change something?

Despite an unprecedented spectacle of the press acting as a national public disinformation system united in one goal, to discredit Trump, including even polls deliberately engineered with sampling errors to give a false view of what is happening, and a massive effort to build Hillary up into something she is not, a decent human being, the momentum for Trump continues.

Even if you don’t have reliable numbers, you can just feel it from the very desperation of the establishment. The President spends much of his time flying around making insipid speeches for his party, the newspapers leap to publish every unconfirmed negative report about Trump or such absolute trivia as this or that movie star or pop star saying what an awful man Trump is. And you have to ask where all these voices were during decades of business deals in the great cities of America and other places which saw successful projects springing up all over with fanfare and publicity.

No, it is only now that the establishment actually feels of the hot breath of popular revolt against much of what it has done over the last two decades—its uniquely poisonous policy brew of constant war and completely ignoring most Americans—that we get this explosion of rumors, unproved accusations, and Joseph McCarthy-style innuendo. Before that, Trump was a highly productive member of society welcome at public events of every kind. After all, wealth and celebrity are always welcome in America. It is only change that is not.

Critics are right about a lot of unpleasant things in America, and their voices are simply not heard in its tight little press oligopoly. Is America’s establishment right about Syria? About Libya? About Yemen? About Israel? About NATO? About Russia? China? Being right in America today can be quite lonely.

America invented marketing. It is one of its few truly original contributions to culture. And the arts of marketing are intensely at work in politics there, to the extent there is often almost no substance despite all the carefully-packaged words. The immediate period after an American election resembles the experience of a person who has purchased a new product which quickly proves to work nothing like the advertising promises said it would.

American elections closely resemble a marketing battle between two oligopolistic corporations, as between Coke and Pepsi or McDonald’s and Burger King. There are only two parties and that situation is controlled through countless institutional and regulatory gimmicks put into place by the two parties themselves.

American elections closely resemble a marketing battle between two oligopolistic corporations, as between Coke and Pepsi or McDonald’s and Burger King.

America’s campaign financing system is a deliberate and effective method to discourage the birth or growth of any new parties. It is what economists call a barrier to entry into a market, the kind of thing which keeps non-political oligopolistic markets from becoming more competitive. The little ones are allowed to just struggle along on the margins for appearances and owing to the disproportionately high cost of eliminating them too

Most of the noise and intensity of American elections are just hollow, but it is the kind of stuff to which Americans are exposed in their economic life, day-in or day-out, so for ordinary people without the time to be well-informed, nothing could sound more normal.

That is what is so different about Trump. Despite his flaws and distasteful tendency to be a bigmouth, on some really important matters, matters of life and death, he is speaking truth and speaking it plainly. There is a kind of revolutionary quality in parts of his message. Of course, this in part reflects the fact that he has never before been a politician, only a successful, hard-nosed actor in the economic sphere.

That is something new in American elections, and the establishment is rather shaken by it. Therefore, the American press has created and sustained an unparalleled campaign of highly biased and even vicious reporting and commentary.

People abroad do not realize that about 90% of what Americans hear comes from just six big companies, none of whom, you may be sure, is interested in change and especially anything even slightly revolutionary. National broadcasting and national press have been so consolidated through years of massive mergers that there is no real alternative voice reaching most Americans.

And those huge news corporations—intimate members of the establishment, always supporting the government of the day in its imperial wars and projects—have made a concerted effort to diminish and demean Trump. Equally, they have universally praised and supported Clinton, despite her dark record of unethical personal behavior and violent public acts, despite having been responsible for the deaths of thousands of women and their families.

Never mind Trump’s private off-color remarks, here is a woman married for decades to a genuine sexual predator, a man who was having sex with a young intern right in the Oval Office. And she wants to bring him back into affairs in Washington, having promised to give him responsibility for economy?

Why did she tolerate decades of his disgraceful and even criminal behavior? Because it gave her serious leverage over him in office, whether as Governor of Arkansas or President of the United States. We have a hundred voices telling us of her violent temper and demands and the central role she would assume even though elected to no office.

She has always been about one thing only, and that is to enjoy power over others which she has exercised with brutal intensity, all while maintaining a bug-eyed, laughing face in public. She is without question a genuine sociopath.

Even when we see fascinating revelations about her inside political maneuvering and dishonesty from leaks on the Internet, the national press manages largely to ignore them or to diminish them. They do not catch fire. The techniques of public relations and damage control—outgrowths of marketing principles and psychological manipulation techniques—are employed to suffocate any fires.

We do see signs that the Internet is starting to have some real impact with the general population, and to the extent that is true, we also see the establishment working towards suppressing alternate and independent voices on the Internet by a variety of means.

America uses an awkward expression, “controlling the narrative,” to describe what the establishment is quietly undertaking, always trying not to assume the open appearance of old Soviet-style suppression of information or the promotion of heavy-handed disinformation while in fact assuming the substance of their purpose.

In the longer term, I am not convinced they can succeed. The Internet is an almost uncontrollable force; that is, unless you actually suppress and control aspects of the Internet itself, something recent remarks by Obama—a man who is a strict disciple of secrecy and inner-sanctum privilege—suggest in vague and politically-correct language, there may well be efforts underway towards.

This fact only adds to the importance of this election. If Trump loses, there can be no doubt, the secretive, manipulative, and ruthless Hillary Clinton will commission whatever efforts are required for information suppression. After all, a person ruthlessly pursuing war and secretive manipulation of world affairs can never be a friend to openness and truth, which are literally enemies of such goals.

The entire business of terror and fighting terror offers a great deal of latitude this way, suppression in the name of fighting terror, the great irony, of course, for America being that it does not consistently fight terror, it frequently employs it as a tool of statecraft. We’ve seen that in my lifetime in everything from the long covert battle against Castro and the hideous, pointless war in Vietnam to the employment of jihadists in Afghanistan, Libya, or Syria.

For some genuine history of American vote fraud, readers should see my lengthy comment on Obama’s recent speech, in which he told Trump to “stop whining”.