The Haqqani Network is a powerful wing of the Taliban insurgency and poses a formidable challenge to Afghan security forces.

The resilience of the Haqqani Network has been one of the significant features of the fight against Afghan and coalition forces over the past decade and a half. The group, which has been planning and carrying out some of the most sophisticated attacks across Afghanistan, is demonstrating increasing capabilities as a disciplined and organized force in the Afghan theater. The security situation is deteriorating as the Afghan Taliban and the affiliated Haqqani group continue to demonstrate an ability to mount large and small scale operations in remote as well as urban areas. 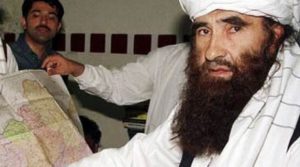 With recent attacks on key locations in capital city, such as the American University of Afghanistan (AUAF), the Ministry of National Defense (MoD) and Share-e-Now area in Kabul, the Afghan Taliban are penetrating security within the city on an almost daily basis. These developments represent undoubtedly a substantial failure of the Afghan security and intelligence agencies.

Outside Kabul, the Taliban are also gaining momentum, as their campaign carries on in provinces of Helmand, Kunduz, Paktia and Uruzgan, which at the moment seems nowhere to  being rolled back by the Afghan security forces.

Likewise, the Afghan defense and national security forces are stretched thin than any other time since their inception in 2001. The burden of the fight is carried out by the Special Forces, the elite commando units, which have been trained and equipped by the U.S. and rest of the coalition nations. The conventional armed forces are either not capable of reversing the Taliban advance or unable to hold areas they control. But this is not sustainable in the long term as Special Forces will be overburden.

The uptick in violence in Kabul and other parts of the country come as the Taliban escalate nationwide attacks, underscoring the worsening security situation than previous years. At present, the battlefields are intense as army unites backed by coalition advisors are seeking to head off the potential takeover of strategic districts such as Lashkar Gah and Tarinkot in the south, and Kunduz in the north.

In addition to security challenges, Afghanistan is in a precarious economic situation that has been negatively impacted by the withdrawal of bulk of the U.S./NATO troops in 2014. The donor countries are also struggling to put credible attempts to reverse the failing economic tide. Hopes are rising with the next month conference in Brussels at which international donors are once again expected to reaffirm their economic and financial support.

On the other hand, regional and international diplomatic efforts are similarly plagued by consistent failure with long-awaited peace and negotiations with the Taliban. The Quadrilateral Groups of Afghanistan, Pakistan, China and the United States GCG designed to make peace with Taliban has fallen into irrelevance. It’s due to the crucial role that Pakistan can potentially play in bringing the Taliban to the table of negotiations, but Pakistan itself remains a troublesome partner for Afghanistan as well as the international community.

Moreover, another important obstacles to building peace with the Taliban and other armed groups is the presence of Haqqani Network within their ranks. The Haqqani Network has long denounced negotiations as an autonomous component of the Taliban movement, which has occupied a prominent place in the Taliban main council or Rahbari Shura. The group has elevated Taliban activities not only across Afghanistan, but also in the entire region.

This is due to the fact that the Haqqanis are the most powerful wing of the Taliban who have expanded their cause beyond Afghanistan by collaborating with Al-Qaeda and promoting transnational terrorist operations. The Haqqanis have also provided safe havens for Al-Qada AQ, Lashker-e-Taiba LeT, and the Islamic movement of Uzbekistan IMU along the Afghanistan and Pakistan frontier. While the Haqqanis relationships with these terrorist groups have never been easy as other Taliban have been reluctant to associate with foreign fighters, nevertheless, the terror group has successfully fostered close ties with ideologically aligned forces in order to promote its vicious agenda.

These complex relationships have made peace deal not only with the Haqqani Network, but also with the Taliban extremely difficult, if not impossible. This is mainly because of the significant role of the group in influencing the Taliban’s top leadership decisions. With the ascension of Sirajuddin Haqqani as the powerful deputy of Taliban chief, the prospects for peace and reconciliations look even grimmer.

In the absence of peace talks, the Afghan government and its international partners have to devote additional efforts on how to effectively fight the resilient Taliban insurgency. To this end, the security services have to step up their offensive operations against the insurgents. The first step must begin with securing Kabul from the consecutive strikes of the Haqqani Network. Attacking high profile targets in cities and urban areas have a strategic priority for the group. This serves the network’s propaganda by showing that the Afghan government and its security apparatus are incapable of protecting Kabul, let alone the provincial centers. Thus, there needs to be coordinated actions and unity of efforts in the fight against Haqqani groups.

Since most of the Haqqani operations are primarily focused in eastern provinces of Paktia, Paktika and Khost, Afghan forces must prepare to launch large scale operations in order to deny the terrorist group footprints that it desperately seeks in this region.

By proving capable and emerging as a significant player within the insurgency, the Haqqanis have inflicted tremendous amount of death and destruction to the people and government of Afghanistan during the last 15 years. Therefore, it is high time for the Afghan security and intelligence agencies to reassess their counterterrorism strategies against this deadly group by eradicating its command and control along with institutional and financial infrastructures inside and outside of Afghanistan.