Is Israel Pushing for a Palestinian Civil War? 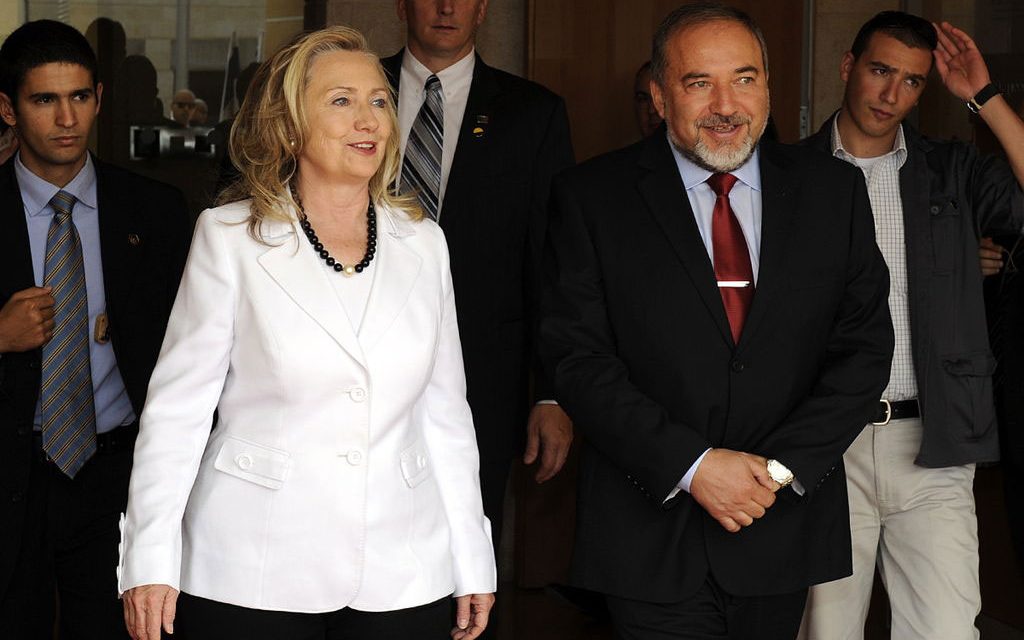 A quick look back at history tells us that Lieberman’s tactics will fail; the question is, however, at what cost?

Division within Palestinian society has reached unprecedented levels, becoming a major hurdle on the path of any unified strategy to end Israel’s violent occupation or to rally Palestinians behind a single objective.

Newly-appointed Israeli ultra-nationalist, Defense Minister Avigdor Lieberman, understands this too well. His tactic since his ascension to office last May is centered on investing more in these divisions as a way to break down Palestinian society even further.

Lieberman is an ‘extremist’, even if compared with the low standards of the Israeli military. His past legacy was rife with violent and racist declarations. His more recent exploits include taking on the late Mahmoud Darwish, Palestine’s most celebrated poet. He went as far as comparing Darwish’s poetry—which advocates the freedom of his people—to Adolph Hitler’s autobiography, ‘Mein Kampf’.

But, of course, this is not Lieberman’s most outrageous statement.

Outrageous statements aside, Lieberman’s latest ploy, however, is the most outlandish yet. Israel’s Defense Minister is planning to color-code Palestinian communities in the Occupied West Bank, dividing them into green and red, where green is ‘good’ and red is ‘bad’; accordingly, the former shall be rewarded for their good behavior, while the latter collectively punished, even if just one member of that community dares to resist the Israeli Occupation Army.

A version of this plan was attempted nearly 40 years ago, but utterly failed. The fact that such appalling thinking is occurring well into the 21st century without being accompanied by international uproar is baffling.

Lieberman’s color-codes will be accompanied by a campaign to resurrect the ‘Village Leagues’, another failed Israeli experiment to impose an ‘alternative’ Palestinian leadership by ‘engaging’ Palestinian ‘notables’, not democratically-elected leaders.

Lieberman’s solution is to manufacture a leadership, which, like the Village Leagues of the 1970s and 80s, will, most certainly, be regarded as collaborators and traitors by the wider Palestinian society.

But what is the ‘Village Leagues’ exactly and will it work this time around?

In October 1978, elected Palestinian mayors, joined by town councilors and various nationalist institutions, began a campaign of mass mobilization under the umbrella of the National Leadership Committee, whose main objective was to challenge the Camp David Treaty—signed between Egypt and Israel—and its political consequences of marginalizing Palestinians.

At the time, the Movement was the most elaborate and united network of Palestinians ever assembled in the Occupied Territories. Israel immediately cracked down on the mayors, union leaders and nationalists of various professional institutions.

The national response was insisting on the unity of Palestinians in Jerusalem, the West Bank and Gaza, among Christians and Muslims, and Palestinians at home and in ‘shattat’, or Diaspora.

The Israeli response was equally firm. Starting July 2, 1980, an assassination campaign against the democratically-elected mayors ensued.

Yet, Camp David and the attempts to eliminate the nationalist leaders in the Occupied Territories, and the increased violence of Jewish extremists in the West Bank inspired mass protests, general strikes and violent confrontations between Palestinian youth and Israeli forces.

The Israeli government moved to dismiss elected West Bank mayors, shortly after it established, in November 1981, a ‘Civilian Administration’ to rule the Occupied Territories directly through its military. The military administration was aimed at sidelining any truly representative Palestinian leadership, and further cementing the Occupation. Once more, Palestinians responded with a general strike and mass mobilization.

Israel has always vied to construct an alternative leadership for Palestinians. These efforts culminated in 1978, when it established the ‘Village Leagues’, giving its members relatively wide powers, including approving or denying developmental projects in the Occupied Territories. They were armed and also provided with Israeli military protection.

But that, too, was doomed to fail as the League members were widely regarded as collaborators by Palestinian communities.

A few years later, Israel recognized the artificial nature of its creation, and that Palestinians could not be mobilized to embrace Israel’s vision of permanent military occupation and superficial autonomy.

In March 1984, the Israeli government decided to dissolve the ‘Village Leagues’.

Not that Lieberman is an astute student of history, but what does he hope to achieve from this stratagem, anyway?

The 1976 municipal elections galvanized Palestinians’ energies to achieve unity; they rallied around common ideas and found a unifying platform in the Palestine Liberation Organization (PLO).

Now, Palestinian discord is unmistakable. Fatah and Hamas’ protracted fight has fundamentally altered the nationalist discourse on Palestine, turning it into a form of political tribalism.

The West Bank and Gaza are divided, not only geographically but geopolitically as well. Fatah, which is already embattled in more ways than one, is falling into further divisions among supporters of its current aging leader, Mahmoud Abbas, and the shunned, albeit ubiquitous Mohammed Dahlan.

More dangerous than all of this is that Israel’s system of punishment or rewards have effectively turned Palestinians into classes: extremely poor ones, living in Gaza and Area C in the West Bank, and relatively prosperous ones, most of them affiliated with the Palestinian Authority in Ramallah.

From Lieberman’s viewpoint, the opportunity must be ripe for refining and re-imposing the ‘Village Leagues’. Whether it works in its original form or fails, it makes no difference, since the idea is to engender further division amongst Palestinians, sow social chaos, political conflict and, perhaps, duplicate Gaza’s brief civil war in the summer of 2007.

The international community should totally reject such archaic plans and destructive thinking and force Israel to adhere to international law, human rights and respect the democratic choices of the Palestinian people.

Those powers that have imposed themselves as ‘peace brokers’ and guardians of international law must understand that Israel is well-qualified to start fires, but almost never capable of putting them down. And Lieberman, of all people – the Russian club bouncer-turned politician-turned Defense Minister – must not be given free rein to color-code Palestinian communities, reward and punish as he pleases.

A quick look back at history tells us that Lieberman’s tactics will fail; the question is, however, at what cost?