Target ISIL: The ‘Resistance’ Will Continue 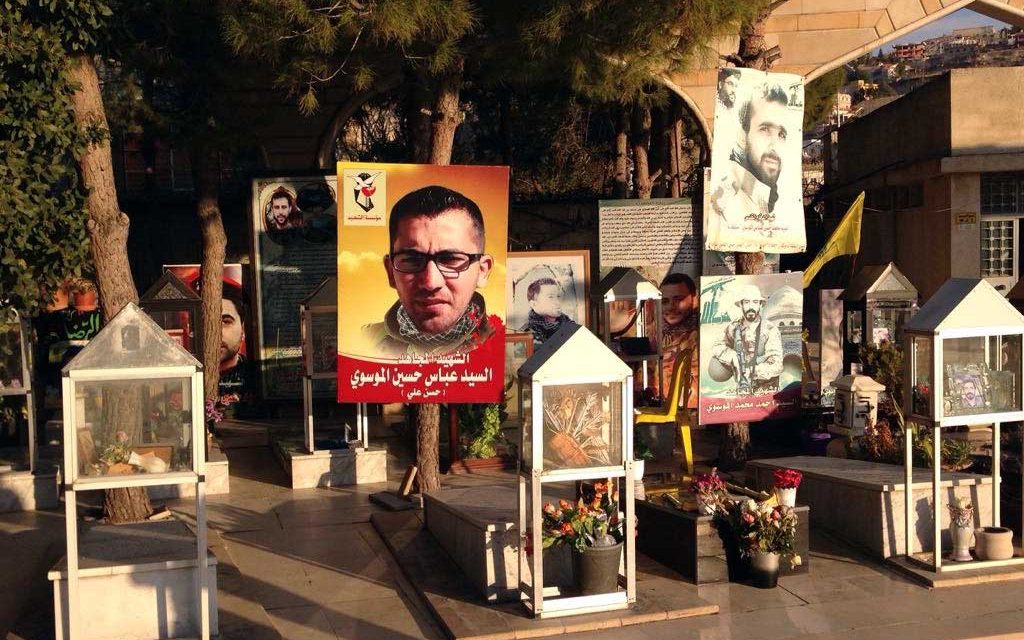 Hezbollah is a well-oiled machine, and the recent killing of a top commander in Syria won’t deter its fight against ISIL.

Anyone who thinks the recent killing of one of its top military commanders in the Syrian Arab Republic will somehow alter Hezbollah’s do-or-die involvement in the war next door is devoid of common sense.

The Islamic resistance movement has long been entrenched in that country; it’s been at the heart of every major battle, every tactical victory and every major war plan.

The spectacle of it witnessing the downfall of the Syrian government, the defeat of the Syrian army and the wholesale destruction and truncation of modern Syria poses an existential threat to them, their faith and to the sanctity of multi-confessional Lebanon.

It’s for this reason they’ve sacrificed hundreds of lives in confronting the patrons and proponents of religious extremism, sectarianism and the landmines of confessional and proxy wars in the name of freedom, justice and dignity.

It’s for this reason some suggest they’re now in over their heads.

Yet its detractors are using the killing of Mustafa Badreddine—a legendary commander in Hezbollah circles—as an opportune moment to pounce on the movement at a time when they perceive it’s facing setbacks and is in organizational limbo.

To begin, Israeli and American spy agencies have been busying themselves with trying to unmask the identity of Hezbollah’s supreme military commander and successor to the late Imad Mugniyah, on the premise that it probably wasn’t Badreddine.

The idea behind outing this successor is to earmark him for assassination in the hope that the event somehow reduces the menace Hezbollah inflicts on its enemies by creating confusion, disarray and panic into ranks of the movement.

The good money says they’ve settled for Talal Husni Hamia—a prominent military figure from the early years of Hezbollah and a name most recently propagated in a column by an Israeli ‘military analyst’ alongside a picture purportedly revealing the secretive figures most up-to-date image.

But the grapevine has it that they’re also working on the possibility of it being other notable figures including one of the Hamadi brothers, Abdel Hadi or Mohammad, Ali Atwa or even the likes of Hassan Izz al Din—most of whom remain on FBI most wanted lists.

Whatever final conclusion they come to, whatever name they settle for, it’s in fact irrelevant.

Hezbollah is a well-oiled machine. It’s a machine with readily available and replaceable components parts that can come into play in the event of a sudden demise or malfunction. Every succeeding part is capable of fulfilling that left by the proceeding one. Everybody is aware of that.

It’s for this reason that every commander, secretary general or fighter that’s been killed since the movement’s evolution in the early 1980’s has been replaced—swiftly and effectively.

Moving on, the notion that the Syrian war has now suddenly plunged the movement on the precipice of defeat is quite clearly a false one.

If it were going against them it wouldn’t be a flattering spectacle for the rest of the world—but a frightening one.

It would mean the fanatical and inventory proponents of crude asphyxiation, brutalization, the cutting and eating of organs, lynching, maiming, murdering and rape en masse were on course to successfully spread their evil ideology to the most liberal country in the Middle East.

Thankfully, Hezbollah has not only managed to eliminate the threat of ISIL and their like-minded on the mountain ranges that straddle the Syrian side of the Lebanese-Syrian border, but they’ve been instrumental in excising their excrescence in large parts of both Iraq and Syria.

Yes, as in any war, Hezbollah and its allies have suffered casualties and been the subject of tactical setbacks at times, but in military terms it hardly equates to being on the periphery of defeat.

After all, other than Raqqa, what does ISIL still control? What can their like-minded in Nusra lay claim to? How many remaining arms and oil smuggling routes do they now openly have with Turkey? How many terrorists can now saunter into Syria from Lebanon?

What heroism do those fighting the side of Hezbollah and its allies now speak of? What key territory? What key battle? What bargaining chips in intra-Syrian talks can the so-called Free Syrian Army now produce?

Does the government of Bashar Assad now appear on the verge of victory or collapse? Is it not in a more confident position to regain ‘every inch’ of sovereign Syrian territory or not? Has the combined side fighting Hezbollah and its allies even neared any of its desires for self-settlement?

The realty is that the ground situation in Syria will continue to speak for itself.

But for Lebanese Hezbollah, the painful sacrifices and contributions it has made by entering this conflict has retained its overriding apothegm: eradicating ISIL and its like-minded isn’t everything; it’s the only thing.