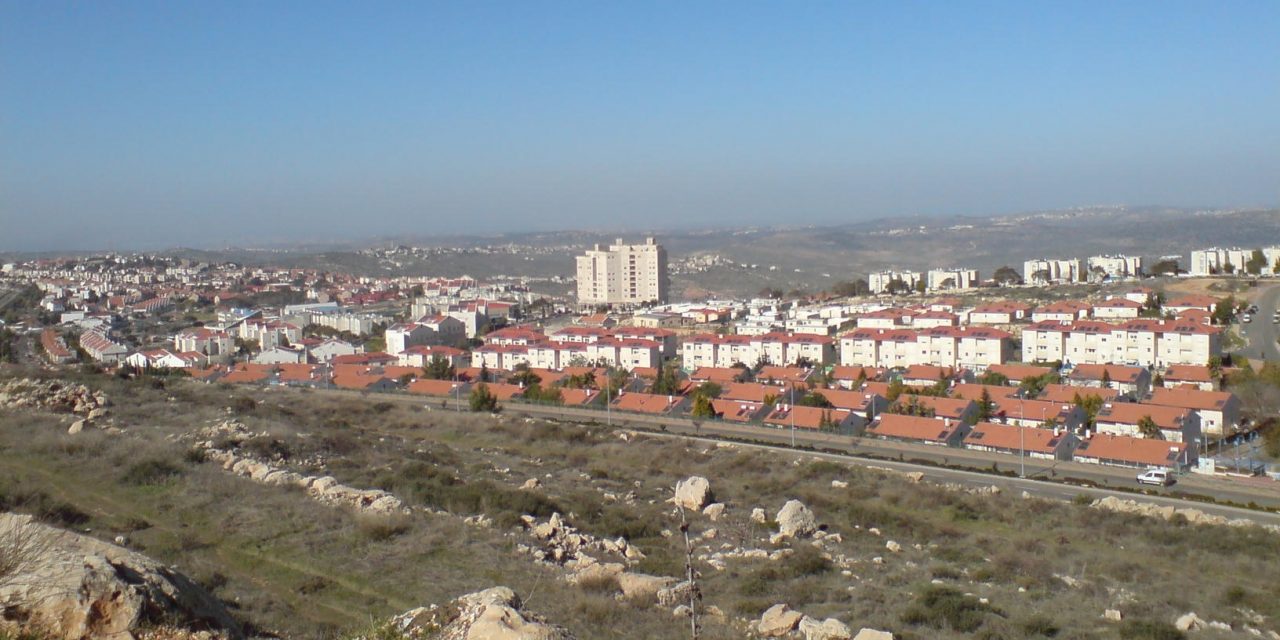 US rhetorical opposition to illegal Israeli settlements rings hollow while it lays favors on settler organizations that fund them.

There was an international outcry when video footage was released on March 24 of an Israeli occupation soldier in Hebron shooting a Palestinian lying on the ground, execution style, after the Palestinian had been wounded during an attempted knife attack. The release of the video led to the soldier’s arrest, and an initial condemnation of his actions.

Days later, however, Israeli Prime Minister Benjamin Netanyahu defended the soldier, saying: “Any challenge to the morality of the [Israel Defense Forces] is outrageous and unacceptable.”

Additional video footage also soon emerged of the soldier shaking hands with right wing extremist Baruch Marzel immediately after the shooting. As Haaretz newspaper reports, “Boston-born Marzel, a disciple of Rabbi Meir Kahane, was the latter’s successor as leader of the Kach movement,” a militant Zionist party banned for terrorism in both Israel and the US.

A known anti-Palestinian agitator, Marzel was repeatedly placed under house arrest during the 1990s to “prevent extremist violence,” and is widely suspected of being involved in attacks against Palestinians. In 2011, he led a manhunt in the Hebron settlement for a released Palestinian prisoner, displaying posters saying: “Rise up and kill him”.

Marzel has often blamed Netanyahu for failing to fully support the settler movement. After an arson attack in 2010 against a mosque in the occupied West Bank, he stated: “While the Israeli government abandons the roads in Judea and Samaria to terrorists, do not be surprised if there are Jews who rise up and take their fate into their own hands. The responsibility [for the attack] is on the shoulders of Netanyahu and [then deputy Prime Minister Ehud] Barak.”

What is often unreported is that Marzel, along with several other right wing extremist Israeli settlers, continues to receive both political and financial support from the US.

Although the US government has long stated its objection to Israeli settlements, it has been anything but robust in the policing of individuals and charities funneling tax-exempt money to extremist settlers, including followers of Rabbi Kahane, founder of Kach.

Kahane, born and later assassinated in New York, openly called for the ethnic cleansing of Arabs from historical Palestine—including publicly chanting “kill the Arabs” during street protests—and was arrested numerous times for incitement and acts of violence. In 1968 he founded the Jewish Defense League, which carried out terrorist attacks across the United States throughout the 1970s and 1980s. In 1971, a US court sentenced Kahane to a year in jail for conspiring to make bombs. After his release, he moved to Israel and formed Kach.

Although Kahane successfully won a seat in the Knesset in 1984, he was politically isolated and Kach was ultimately banned in Israel in 1988 for being “Nazi-like”, racist and undemocratic. One of Kahane’s followers was Baruch Goldstein, who in 1994 killed 29 Palestinian civilians and wounded more than one hundred at the Ibrahimi Mosque in Hebron. After the attack, Israel declared Kach a terrorist organization, as well as Kahane Chai (which translates as “Kahane lives”), an offshoot founded by Kahane’s son. Nevertheless, Marzel is known to have subsequently organized big parties to celebrate the actions of Goldstein.

Kach and its successor, Kahane Chai, were first listed in the US as distinct terrorist organizations in 1995, when President Bill Clinton issued Executive Order 12947, entitled “Prohibiting Transactions with Terrorists Who Threaten to Disrupt the Middle East Peace Process.” However, an organization called Kahane Net (EIN#11-3583299), based in Brooklyn, New York, was granted charitable status in 2013, according to the charity website Guidestar. It is worth mentioning that Kahane.net was amongst the aliases specifically listed by the US government as terrorist in 2003. So far, it has not filed any tax documents.

This apparent lapse mirrors developments in Israel and the occupied Palestinian territories, where extremist views that were previously condemned are now becoming mainstream. As settler attacks against Palestinians continue to rise, graffiti, posters and other paraphernalia reading “Kahane was right” are increasingly visible.

Shortly after the attack in Duma, where settlers firebombed a Palestinian house, killing three, Haaretz newspaper reported that Israeli intelligence fears that the Jewish extremists of today have more ambitious aims than those of the past, “like destabilizing the country and overthrowing the government to establish a new regime to be based on halakha, Jewish law. They plan to use violence in a systematic, continuous manner.”

Many of these extremists have direct and indirect links with American officials. As the Washington Report for Middle East Affairs revealed in 2011, a Facebook account in the name of Meir Kahane was friends with New York City Assemblyman Dov Hikind, himself a former member of the Jewish Defense League.

Former House Majority Leader Eric Cantor (R-VA), who during his tenure helped to organize Congressional trips to Israel, was listed in December 2010 as Facebook friends with both Kahane Chai leader David Ha’Ivri and another former Kach spokesperson – Baruch Marzel.

Representative Louie Gohmert (R-TX) has also been pictured with Ha’Ivri, US Ambassador to the Czech Republic Norm Eisen has visited him in the settlements, and members of Congress from both parties have given him an audience in Washington.

According to an investigation by The New York Times, Ha’Ivri “has had several run-ins with the authorities in Israel over the last two decades, including an arrest for celebrating the assassination of Prime Minister Yitzhak Rabin in a television interview and a six-month jail term in connection with the desecration of a mosque.” Since founding the Shomron Liaison Office, he has been acting as an international spokesperson for the settlers.

Ha’Ivri also runs a tax-exempt charity registered in Illinois called the Shuva Israel the Return to Israel Fund (EIN#13-4036730). Founded in 1999, Shuva Israel “was created to support the influx of Jewish immigrants from around the world” to live in the illegal West Bank settlements. Its charitable status means that US taxpayers are subsidizing the activities of a convicted criminal with a known affiliation to a designated terrorist organization.

Another convicted criminal, Era Rapaport, has led tours of the settlements for the New York-based charity One Israel Fund (EIN#11-3195338). Rapaport is also a follower of Kahane and previously was a member of the terrorist movement known as the Jewish Underground. He was convicted of planting a car bomb in 1982 that blew off the legs of the Arab mayor of Nablus. After he was released from prison, he became mayor of the Shilo settlement.

One Israel Fund’s program director Marc Provisor insists that, “There is no green line.” The fund’s Security Projects program provides “preventive security” equipment to extremist settlers who have been known to clash with Israeli forces.

Rapaport also works with Americans for a Safe Israel (EIN#51-0181418), another New York charity that supports the settlement project. The group includes memorials to Kahane in its organized trips to the settlements, known as Chizuk Mission To Israel.

One of the better-known funders of the above groups is California bingo tycoon Irving Moskowitz, whose family foundations granted over $1 million to One Israel Fund, $72,000 to Shuva Israel and $51,000 to Americans for a Safe Israel between 2009 and 2013. An analysis of IRS forms for Public Interest Investigations/Spinwatch has found that they also gave more than $11.6 million to registered US charities involved in the settlements during this time.

The New York Times reported in June 2015 that Moskowitz had recently acquired some Palestinian farmland between the cities of Bethlehem and Hebron, leading some Israeli activists and advocacy groups to suspect that he is launching “a secret initiative to establish a new settlement in the occupied West Bank that would further complicate the peace process”. The property had been a church-run hospital in the 1950s.

These concerns were on point. In January, Israeli Defense Minister Moshe Ya’alon officially approved the establishment of a new settlement inside the church compound. The US once again reiterated its concern – laying the blame on Israel.

But it is empty rhetoric when US taxpayers actually subsidized Moskowitz acquiring this land through his family’s tax-exempt charities—the same charities that have given more than $1.6 million to political campaigns in Washington since 2006. 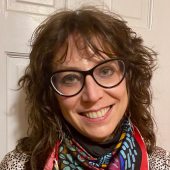 Sarah Marusek is a post-doctoral fellow at the University of Johannesburg researching theologies of liberation and decoloniality. She holds a PhD in social science from the Maxwell School of Syracuse University.