Baskin should know that not a single past formula aimed at fashioning a ‘peaceful’ military occupation has ever worked.

It would be fair to assume that Gershon Baskin’s recent article in the Jerusalem Post, Encountering Peace: Obviously no peace now, so what then? (June 24), is not a mere intellectual exercise aimed at finding ‘creative’ solutions to the Israeli occupation of Palestine. 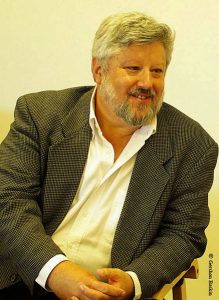 Baskin is a regular contributor to the Jerusalem Post, a rightwing newspaper. He is more or less embodied in the Israeli political establishment; otherwise he would have never been allowed to initiate the “secret back channel for the release (of captured Israeli soldier) Gilad Schalit”, as he proudly states in his bio.

In the article, Baskin offers a way to manage the Israeli occupation of the West Bank and Jerusalem. Not an end to the occupation, but a gentler way to sustain it, if not profit from it. The co-chairman of ‘Israel Palestine Creative Regional Initiatives’ is indeed being ‘creative’—the kind of creativity that brought about the Village Leagues, Oslo, and the Geneva Initiative, without truly delving into the heart of the matter: the illegality and brutality of Israel’s occupation, sieges and wars.

Baskin’s reading of the situation is quite bleak. He carefully tries not to place any responsibility on any side for the lack of any political horizon, as a way to gain credibility. “Neither side seems to be particularly interested in escalation and violence,” he wrote, reaching a puzzling conclusion that seems at odd with reality, at least Palestinian reality: “Noteworthy is the sense that the young people on both sides have of being more interested in their daily lives than in national causes.”

One is not entirely certain how the daily lives of ‘Israeli youth’, who serve in the very military that is dedicated to subduing ‘Palestinian youth’ are in anyway comparable.

But that aside, Baskin has a solution, one that requires a degree of flexibility on the part of the Israeli government, to show more leniency in the way it manages its occupation of the Palestinians. Baskin calls on Israeli Prime Minister Benjamin Netanyahu to take the initiative of making border areas places of trade and economic exchanges, and to make the permit system required of Palestinian to move about in their own occupied land more efficient.

Just in case, one would conflate Baskin’s imitative with Netanyahu’s gambit in 2008-09 of ‘economic peace’—aimed largely at maintaining the profitable occupation, subduing the Palestinians and avoiding any political accountability—Baskin calls on Netanyahu to “be careful not to use concepts like ‘economic peace’ which are immediately interpreted as a means to replace ‘political peace,’ meaning the end of the occupation and the creation of a Palestinian state.”

“There should be no spin and no lies. There is no chance of negotiating peace now, so let’s see what can be done to improve the lives of people until there is a chance of making peace,” he wrote, more or less the same guiding principles behind Netanyahu’s ‘economic peace.’

Interestingly, the word settlements (as in ‘illegal settlements’ as designated by international law) is not mentioned by Baskin. Not once. And knowing of Netanyahu’s adamant position on the continued expansion of the illegal settlements, Baskin’s omission of the topic altogether must also mean that his proposal is not pre-conditioned on ending or at least freezing the theft of Palestinian land for settlement construction.

Another omission is that of any references to international law, and the Fourth Geneva Convention in particular. By treating Palestinians with respect (the ‘inefficiency’ at the Qalanidya checkpoint was Baskin’s main example) is not a favor that is to be bestowed by Netanyahu and his army, but has been long articulated in the Geneva Convention relative to the Protection of Civilian Persons in Time of War.

Article 50, for example, reads, “The Occupying Power shall, with the cooperation of the national and local authorities, facilitate the proper working of all institutions devoted to the care and education of children.”

By ceasing to target Palestinian children, whether through arrests or violence, Israel would hardly be extending a hand for peace or co-existence. In other words, what Baskin is asking for by way to manage the Israeli occupation, is a requirement by international law that should have been put in place decades ago, as a prerequisite to ending the occupation.

Also not mentioned in Baskin’s ‘so what then?’ initiative is Gaza, whose children have been starved and killed with impunity throughout 9 years of a protracted and heinous siege that is only interrupted by deadly and more heinous Israeli wars. The latest UN report on Israel’s war on Gaza in 2014 leaves no doubt that Netanyahu, and his governments hadn’t the slightest intentions of honoring international law, respecting UN conventions on children or civilians during time of war, or reaching any political settlements, not now or ever.

But why did Baskin neglect Gaza altogether? It cannot be that the man who wrote and profited from a book about his Gaza-related adventures called, “The Negotiator: Freeing Gilad Schalit from Hamas”, failed to understand the centrality of the Gaza siege to the overall Palestinian national discourse.

So what is really behind Baskin’s supposed bold proposal?

Baskin is very close to those in power. His initiatives are rarely his own, and the latest is a mere reflection of the political bankruptcy of Netanyahu’s government.

Baskin is, of course, wrong. Palestinians have shown much willingness to end the conflict in a method that hinges on Israel’s respect for international law, including the ending of the construction of illegal settlements.

Now that Netanyahu’s government is stacked with more rightwing zealots—individuals who made careers and gained famed and notoriety, because of their insistence on the maintaining of the occupation, and feeding off, politically and financially, the illegal settlements—a return to the ‘negotiation table’ is unattainable.

Meanwhile, the Palestinian Authority of Mahmoud Abbas, is finding itself in an impossible situation; whereas, on one hand it is reaping the ample benefits of being the caretaker government of an imagined ‘authority’, itself under Israeli occupation, and on the other, it is having to seek international recognition of a Palestinian state, a matter that is most upsetting for Israel.

Moreover, the United States, which seems to have given up on persuading Netanyahu to reengage in the ‘peace process’, has now moved on to more pressing matters in the region, which balances are more fractious than ever before.

The US is also mellowing down, at least for now, with its obsession with the perceived Iranian nuclear threat. If an agreement is reached between Iran and the US and its allies, then Israel would have no other option but to find another enemy to justify its military belligerence and heightened sense of political urgency.

Indeed, that new enemy is being quickly manufactured, as Israeli President Reuven Rivlin, Prime Minister Netanyahu, and powerful US-based Zionists such as Sheldon Adelson seem to all agree that the non-violent civil society-empowered movement: BDS, aimed at boycotting, divestment and sanctioning Israel, is Israel’s greatest threat.

While Israel gears up for its new ‘existential’ battle against civil society organizations, it’s keen on normalizing the occupation of Palestine. This is why the ‘economic peace’ formula keeps resurfacing every now and then, the latest being Baskin’s elucidation.

But peace is not war, and Baskin should know that not a single past formula aimed at fashioning a ‘peaceful’ military occupation has ever worked. He also ought to remember that the so-called golden age of the Israeli occupation was precisely that few years that preceded the First Palestinian Uprising in 1987. It was then that all hell broke loose.