There are good reasons why Israel’s threats against Hezbollah will remain just that—empty threats.

Whatever one reads into the trickle of recent Israeli threats to finally do away with Lebanon’s Hezbollah in the event of another flare up, the likelihood of the Jewish state following through with them is another matter – and with good reason.

It is nothing, of course, to do with humanitarian gestures, fear of being accused of war crimes, the potential of losing American support or even a systematic failure in physically actualizing the threats.

After all, mighty Israel is an entity with one of the world’s most astute fighting forces, nuclear weapons, a population cemented by a history of persecution and an economy that can sustain the war machine required to inflict a clobbering on its tiny 10,452 square-kilometer neighbor to the north.

The reason is in fact much closer to home. It is one that has perhaps never been seriously accounted for in the states sixty-seven years of bloody existence: the potential of an Arab enemy to inflict reciprocal mass damage to its home front that results in an existential dilemma.

It was, by all accounts, Hezbollah’s resort to a sustained barrage of Katyusha rocket attacks on the Israeli city of Haifa in the 2006 war that first altered a hitherto reality, that despite disproportionate Israeli attacks on her Arab neighbors, the inability or unwillingness of those foes to respond in kind was a true measure of its deterrence and strength. 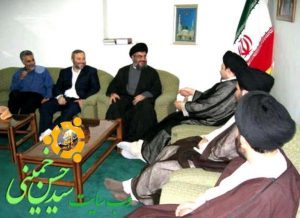 In 2015, and indubitably with a stinky eye on Hezbollah’s growing power as it simultaneously cleanses Jihadists sanctuaries in Syria’s Qalamoun, spreads its tentacles across the regions hotspots and boasts of its quadrupled firepower, Israeli nerves are likely to be crumbling with anticipation.

This then explains the desperate recourse to advertising its threats in the likes of the New York Times and other news outlets, with stories of everything from Hezbollah turning civilian areas into military compounds to Israel needing to evacuate a million Lebanese civilians, should another round of hostilities break out.

But these recurrent advertisements are playing nothing but fast and loose with the truth.

As the war of 2006 showed, and by Israel own steady admissions ever since, incurring Hezbollah’s multipronged wrath as a response to the pulverizing of the Islamic movements strongholds in parts of south, central and eastern Lebanon, will likely result in unprecedented consequences for the Israeli state.

In a military plan widely believed in Israeli intelligence circles to have been hatched by Hezbollah’s late military commander Imad Mugniyeh and current IRGC Quds force commander Major General Qassem Soleimani in the aftermath of the last war, Hezbollah will operate on the basis of a total war – that is simultaneous attacks on air, sea and land based targets.

They will seek to rain down accurate long-range missiles of varying quantities on strategically sensitive civilian areas in addition to normative attacks on military and security installations dispersed around the country and which exist to preserve the lifeline of the Israeli state.

This would naturally include targets such as air and seaports, train and other transportation depots, power stations, government buildings, military and security headquarters, highways, bridges and of course a litany of economic establishments and zones.

The idea is to overwhelm Israel’s daily functioning with some 250 missiles per day, nearly doubling the 128 fired on a daily average in 2006, and in the process not only to bring the country to a virtual standstill but to also engulf Israel’s anti-missiles capabilities to the point of disarray.

The spectrum of Hezbollah unleashing itself following the chances of Israel carrying out its latest threats, could not have been made more vivid by Sheikh Nasrallah’s latest speech, in which he outlined how the former equation of the Jewish state striking without being struck had forever changed after the 2006 war.

In short, it was more than tacit admission of what Israel is to expect should it decide to apply the threatening undertones made by its leaders against Hezbollah.

The rational analysis would therefore suggest that for fear of Israeli families having to endure months on end in underground shelters, the rationing of food, the inability of no air, land or sea routes to escape for safety and in a worst case scenario for fear of mutual destruction, Israel’s latest threats will remain confined to empty threats.