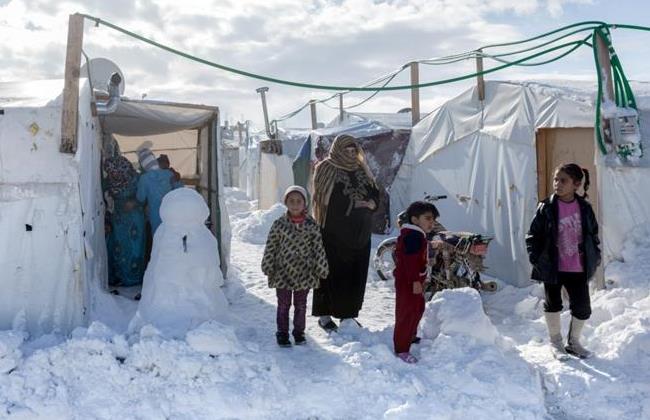 The case for Syria applying reciprocity in order to encourage Lebanese officials to meet their international legal obligations is a strong one.

Syrian Embassy, BEIRUT — On January 13, a minibus organized by Lebanese4Refugees (L4R) arrived through the snow-covered Bekaa Valley into Hamdanieh, a Syrian refugee camp in Al-Majr not far from the Syrian border. One volunteer gasped, “So this is how they live.”

Increasingly at odds with some of their political leaders, a growing number of Lebanese citizens are working to help Syrian refugees forced to seek temporary sanctuary in Lebanon. Mona Ayoub, social media coordinator for L4R explained that “These volunteers are not like those who say that we don’t want refugees in Lebanon. Most Lebanese people are caring, and they feel compassion about this issue.” 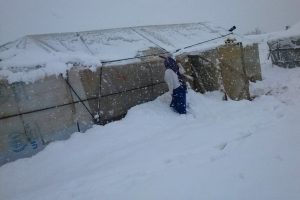 This growing sentiment in Lebanon to allow Syrian and Palestinian refugees temporary shelter, while encouraging, faces tough resistance from some Lebanese politicians who want no refugees from Syria despite the civil war next door and who are working to close Lebanon’s borders unconditionally.

They just might get some help from the government of Syria.

The case for Syria applying reciprocity—the essential legal principle and pillar of bilateral  international relations—in order to encourage Lebanese officials to meet their international legal obligations and thereby spare the lives of countless Syrian and Palestinian refugees being denied life-saving refuge at Syria-Lebanon borders is a strong one—both legally and morally.

The use of reciprocity in international relations is considered an instrument for achieving the development of relations of mutual trust and long-term mutual obligations and an incentive for compliance with international standards. Likewise, it is considered a fundamental principle for the interaction of states to effectively manage crises.

The legal status of those fleeing from the crisis in Syria is mostly governed by Lebanon’s national laws concerning foreign nationals. But international standards, including the principle of nonrefoulement, still apply, and all countries have an obligation to not to block from entry or to force return where the person’s life would be threatened. 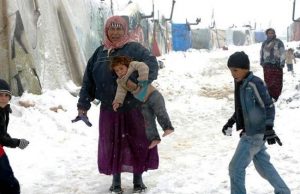 This obtains because nonrefoulement is part of customary law, a set of rules which are binding on all states, even if a country has not signed a specific convention outlining this law.

Both are applicable to the current situation at Lebanon’s border crossings and Syria, if it takes the bold action and invokes reciprocity, it has the opportunity to immediately strengthen this international legal standard, promote international humanitarian law, and grant a life-saving reprieve to her country’s refugees facing a possible death sentence at the Masnaa border crossing.

Syria is within its rights to refuse particular treatment to Lebanon if the latter refuses to take an attitude similar to that of the former and or violates international humanitarian law.

Since the 1943 establishment of Lebanon, historically part of Syria, when exiting their country for Lebanon, Syrians are provided with a Return Coupon and exit stamp by the Syrian authorities.  On the Lebanese side of the border, an individual holding a valid national Syrian identity card or a valid passport receives an Entry Coupon (also called Return Coupon) with an entry stamp. This stamp allows him/her residency for a period of six months and can be renewed free of charge for another six months at any regional office of the General Security.

This procedure granted Syrians the possibility of residing in Lebanon for one year without any fees. After this period, Syrians would be allowed to apply for a six-month residence permit for a fee of 300,000 LL (US$200), which could be renewed free of charge for another six months.

Reciprocity is a universally accepted principle of international law that normally many Lebanese politicians love.  In fact, they have misapplied if for six decades as a means to deprive Palestinian refugees in Lebanon of even the most elementary civil rights, including the right to work and to own a home. With sad faces, some of them regularly explain to this observer that they would love to grant Palestinians civil rights but they are prevented from doing do because Lebanese law currently requires that in order to receive rights here in Lebanon, the home country of the refugees must grant the same on the basis of Reciprocity to Lebanese refugees. And, appearing very sad still, some politicians here explain that since there is no state of Palestine, these refugees are out of luck.

But this month, the mutually beneficial arrangement has been unilaterally changed by the government of Lebanon.  Lebanon’s side of the above-noted entry points have been sealed and they now bare Syrian and Palestinian refugees fleeing for their lives. This is because on New Year’s, Lebanese officials announced a new policy of requiring half a dozen types of visas for Syrians wanting to enter this country as long as they are not refugees fleeing for their lives. Refugees fleeing the killing in Syria are blocked formally as most of them have been informally for over a year.

Some Lebanese officials, including the Speaker of Lebanon’s Parliament, apparently ever dismissive of the intelligence of their subjects, use double-talk in explaining to the public that the visa requirement is not really a real visa. Rather it’s more like a “permit to enter.” Interior Minister Nouhad al-Mashnouq has also stated that the Lebanese government has taken the decision to stop the influx of Syrian refugees to Lebanon.

The new visa requirement for Syrian refugees is causing additional hardship and much panic to civilians victims of war who are exactly those that a whole body of international humanitarian law seeks to protect.  Lebanon’s latest refugee targeting measures are also a flagrant violation of several Lebanese-Syrian bilateral agreements.

On January 11, Syria’s Ambassador to Lebanon, Ali Abdel-Karim Ali, reiterated his country’s rejection of new Lebanese entry restrictions, which many human rights organizations claim constitute a politically motivated attack on Syrian refugees. “I cannot find a justification for what is happening today,” he said with regard to Syrian refugees being blocked at Lebanon’s border, “and logic says that the decision should not be enforced.”

Some analysts inferred from the Ambassadors remarks that if the Lebanese Ministers of Interior and of Social Affairs do not cancel the new visa requirement that it could lead, in the words of Ambassador Ali, to “an escalation of bad relations.”

This observer has not been asked by the Syrian Lawyers Syndicate—where I occasionally spend some time discussing legal issues, including US sanctions targeting the civilian population of Syria for the purely political purpose of regime change—how to fix this problem fast.  But were my opinion to be sought, my legal memorandum would surely include the following brief recommendations.

One historically effective remedy with respect to similar violations of international humanitarian law that the Syrian government could immediately employ is for Syrian authorities to take retaliatory action under standards of reciprocity by closing the transit border lines between Lebanon and Syria. This single measure would also block Lebanon’s shipments of its products to regional countries— a sort of tit-for-tat arrangement until Lebanese officials, some deeply anti-Syrian for a variety of reasons, reconsider their violations of the 1951 Refugee Convention, which prohibits their latest measure.

Even though Lebanon has refused to sign the Refugee Convention, this country is nonetheless bound by all its provisions because this treaty’s provisions, signed and ratified by 164 UN member states, is subsumed into international customary law, which binds all countries on refugee issues regardless if they refused to formally adhere to its provisions.

Secondly, if Lebanon has not lifted the visa requirement within 24 hours of being notified by Syria’s Ambassador, the government of Syria should block all Lebanese commercial traffic from entering Syria whether its destination is Syria or any other Arab countries.

This would mean a massive traffic jam of hundreds of trucks parked along the highways of the Bekaa Valley loaded mainly with perishable agriculture produce. One professor at the Lebanese American University estimates that within 24 hours, hundreds of trucks with pretty frustrated owners, drivers merchants, and a delegation representing the thousands of Lebanese families who live on agricultural exports to Arab markets do, would likely descend on The Grand Serail and Lebanon’s Parliament, carrying black tires to burn, in order to help remedy the problem.

This observer  trusts that his proposed ‘civilian protection’ in exchange for ‘commercial profits’ reciprocation  would fix the problem fast, and Syrian-Lebanese relations could return to the earlier no-visas for Syrians or Lebanese at their borders and temporary life-saving passage to Lebanon for Syrian and Palestinian refugees.

Reciprocity being applied by Syria in the current case of Lebanon denying safe haven to refugees fleeing for their lives would be a sound measure that may well encourage Lebanon to withdraw its barriers blocking Syrian refugees until they can return to the own country which hopefully, whether by ceasefire, freeze or negotiated settlement, will be soon.