Terrorism, Torture, and the Problem of Evil in Our Time 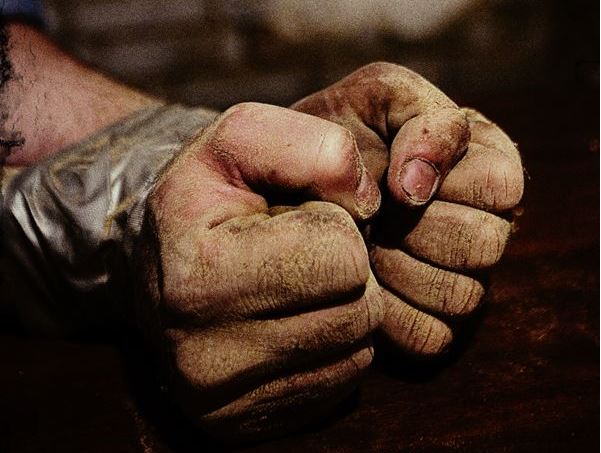 A review of Richard Jackson's novel "Confessions of a Terrorist"

Richard Jackson, a professor of peace studies at the University of Otago in Dunedin, New Zealand, has written a probing political essay that takes the form of an imagined dialogue between his British interrogator and an Egyptian terrorist who is apparently thought at the time of their conversation to be the mastermind of an imminent attack on Great Britain. Jackson is a well-regarded expert on the politics and tactics of terrorism and counter-terrorism.

The novel complicates our understanding of such fundamental questions as

The motivation of those who choose violent resistance against various forms of oppression are depicted in a balanced and perceptive way, as well as the life choices made by individuals who forsake ‘normalcy’ to pursue radical political goals are sensitively explored.

There is a narrative line that keeps the reader engaged, and slightly disoriented. The text of the novel is presented to the reader in the format of an official government transcript replete with redactions and occasional italicized comments made by a higher ranking bureaucrat who recommends various deletions so as to avoid causing adverse impressions on politicians and public opinion. The interrogator acknowledges from time to time the validity of his captive’s arguments, but, by contrast, the commentary by the bureaucrat is totally devoid of affect, concerned only with saving face in the event of exposure, and has recourse to various devices to cover up any disclosures in the transcript that could prove awkward if exposed.

Part of what makes Confessions such an effective book is its non-judgmental tone that accepts this role-playing dynamic in which the two characters largely choose their respective ‘careers’ on the basis of their distinct social locations and individual experience. Neither is presented as morally superior to the other. Above all, morality and legality are sidelined by according priority to the higher callings of ‘freedom’ and ‘security’ by both characters—by the interrogating official and by the terrorist (addressed as ‘professor’ because he had been a professor economics in Egypt before joining the struggle). There is a spirit of mutual recognition, which occasionally lapses into an attitude of appreciation. Each person is responding to a challenging situation in an understandable manner, and yet each at the same time passes judgment on the dirty work of his counterpart. The interrogator is dragged through the counterterrorist mud by ‘the professor’, while the terrorist is humanized by linking his violent behavior to his deep experience of intolerable realities of inequality and oppression. In the end, both men seem to coexist on a plane of ethical equivalence, with each destined to play out their part as if entrapped in a tragic drama. The tone of Confessions contrasts with American neocon Manicheanism, epitomized by the simplistic language of George W. Bush, who insists that the CIA torturers were ‘patriots’ (and good) while their victims were ‘terrorists’ (and evil).

Jackson leaves readers on their own to contemplate the carnage and suffering caused by the actual encounters taking place in the real world, inevitably raising concerns as to whether there might be a better way to organize the collective life of the planet. In other words, can the characters in the novel escape from their assigned roles?

With nuclear weapons under the control of as many as nine governments and trends toward global warming showing few signs of abatement, the hegemonic and militarized dynamics of control and resistance seem dangerously precarious compulsions, threatening future catastrophe, and maybe even species annihilation. It seems to me that the sub-text of Confessions, if I am not misreading, is the question that haunted many of Jacques Derrida’s later reflections: are societies capable of finding ways to live together in peace and harmony? Not just to get along or cohabit, but to enjoy the reality of the other in sustainable and mutually satisfying ways. Even positing such an aspiration amid the turmoil and strife of our world strikes an irresponsibly utopian note. Perhaps, Jackson doesn’t want us to go there at all, but to stop short, and be content to decode what these archetypal adversaries of contemporary state/society relations are really saying and doing. If this is indeed the intention, we can thank Jackson for bestowing an excellent pedagogical tool that can serve us well in classrooms and life circumstances.

While the dialogue proceeds, there is also a drama of sorts mysteriously unfolding. It becomes unclear toward the end who is the prisoner of whom, and the entire plot thickens, raising the broad question as to which side has the upper hand in these titanic struggles of our time. In effect, is there ‘a right side’ of history that will eventually prevail, or are we forever doomed to be afflicted by the toxic dialectics of violence? The collapse of European colonialism suggests one kind of answer, but the rise of neoliberal capitalism suggests another. These larger concerns are not addressed directly by this fundamental interplay between violence from below and violence from above, which is what our preoccupation with whether such a struggle can be restrained within limits (respecting prohibitions on torture, refraining from targeting schools and hospitals) or is inevitably controlled by revolutionary absolutes.

The decision to have the interrogator be British, not American, seems odd at first, appearing to divert attention from the core global encounter, but on further thought, there is a supporting rationale. The colonial background of Britain in the Middle East may be a more valid perspective than the more conventional focus on the post-colonial role being played by the United States throughout the world.

Whatever else, Jackson has written a page-turning and thought-provoking book, which is highly recommended to anyone perplexed by this incurable scourge of violence. Although its characters are invented and the dialogue imagined, the reading experience is uncomfortably closer to non-fiction than fiction. In this instance, the imagined world is the real world! You can get a fuller sense of Richard Jackson’s thinking by visiting his consistently intelligent blog. The foreign offices and intelligence services of the world should have been required to read his posts on ISIS, which might have encouraged some thinking outside the militarist box, which is long overdue.

This article was originally published at Global Justice in the 21st Century and has been used here with permission.