The Outlook for the New Year 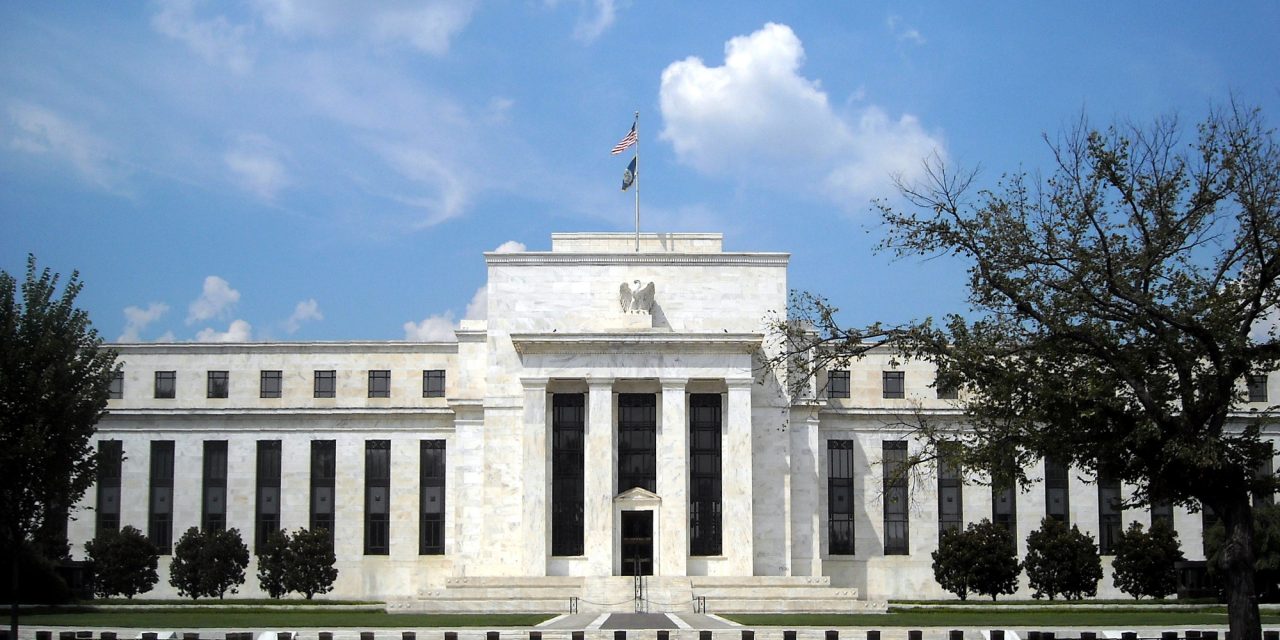 The good news is that the US economy is a house of cards, so the world may yet be spared Washington’s insanity.

Washington has shaped 2015 to be a year of conflict.  The conflict could be intense.

Washington is the cause of the conflict, which has been brewing for some time. Russia was too weak to do anything about it when the Clinton regime pushed NATO to Russia’s borders and illegally attacked Yugoslavia, breaking the country into small easily controlled pieces.

Russia was also too weak to do anything about it when the George W. Bush regime withdrew from the ABM treaty and undertook to locate anti-ballistic missile bases on Russia’s borders.  Washington lied to Moscow that the purpose of the ABM bases is to protect Europe from non-existent Iranian nuclear ICBMs.  However, Moscow understood that the purpose of the ABM bases was to degrade Russia’s nuclear deterrent, thereby enhancing Washington’s ability to coerce Russia into agreements that compromise Russian sovereignty.

By summer 2008, Russian power had returned.  On Washington’s orders, the US and Israeli trained and equipped Georgian army attacked the breakaway republic of South Ossetia during the early hours of August 8, killing Russian peacekeepers and civilian population. Units of the Russian military instantly responded and within a few hours the American trained and equipped Georgian army was routed and defeated.  Georgia was in Russia’s hands again, where the province had resided during the 19th and 20th centuries.

Putin should have hung Mikheil Saakashvili, the American puppet installed as president of Georgia by the Washington-instigated “Rose Revolution”, and reincorporated Georgia into the Russian Federation.  Instead, in a strategic error, Russia withdrew its forces, leaving Washington’s puppet regime in place to cause future trouble for Russia.

Washington is pushing hard to incorporate Georgia into NATO, thus adding more US military bases on Russia’s border.  However, at the time, Moscow thought Europe to be more independent of Washington than it is and relied on good relations with Europe to keep American bases out of Georgia.

Today the Russian government no longer has any illusion that Europe is capable of an independent foreign policy. Russian President Vladimir Putin has stated publicly that Russia has learned that diplomacy with Europe is pointless, because European politicians represent Washington’s interest, not Europe’s.  Foreign Minister Sergei Lavrov recently acknowledged that Europe’s Captive Nation status has made it clear to Russia that Russian goodwill gestures are unable to produce diplomatic results.

With Moscow’s delusion shattered that diplomacy with the West can produce peaceful solutions, reality has set in, reinforced by the demonization of Vladimir Putin by Washington and its vassal states. Hillary Clinton called Putin the new Hitler.  While Washington incorporates former constituent parts of the Russian and Soviet empires into its own empire and bombs seven countries, Washington claims that Putin is militarily aggressive and intends to reconstitute the Soviet empire.  Washington arms the neo-Nazi regime Obama established in Ukraine, while erroneously claiming that Putin has invaded and annexed Ukrainian provinces.  All of these blatant lies are echoed repeatedly by the Western presstitutes. Not even Hitler had such a compliant media as Washington has.

Every diplomatic effort by Russia has been blocked by Washington and has come to naught.  So now Russia has been forced by reality to update its military doctrine. The new doctrine approved on December 26 states that the US and NATO comprise a major military threat to the existence of Russia as a sovereign independent country.

The Russian document cites Washington’s war doctrine of pre-emptive nuclear attack, deployment of anti-ballistic missiles, buildup of NATO forces, and intent to deploy weapons in space as clear indications that Washington is preparing to attack Russia.

Washington is also conducting economic and political warfare against Russia, attempting to destabilize the economy with economic sanctions and attacks on the ruble. The Russian document acknowledges that Russia faces Western threats of regime change achieved through “actions aimed at violent change of the Russian constitutional order, destabilization of the political and social environment, and disorganization of the functioning of governmental bodies, crucial civilian and military facilities and informational infrastructure of Russia.” Foreign financed NGOs and foreign owned Russian media are tools in Washington’s hands for destabilizing Russia.

Washington’s reckless aggressive policy against Russia has resurrected the nuclear arms race.  Russia is developing two new ICBM systems and in 2016 will deploy a weapons system designed to negate the US anti-ballistic missile system. In short, the evil warmongers that rule in Washington have set the world on the path to nuclear armageddon.

The Russian and Chinese governments both understand that their existence is threatened by Washington’s hegemonic ambitions.  Larchmonter reports that in order to defeat Washington’s plans to marginalize both countries, the Russian and Chinese governments have decided to unify their economies into one and to conjoin their military commands.  Henceforth, Russia and China move together on the economic and military fronts.

The unity of the Bear and the Dragon reduces the crazed neoconservatives’ dream of “an American century” to dangerous nonsense.  As Larchmonter puts it, “The US and NATO would need Michael the Archangel to defeat China-Russia, and from all signs Michael the Archangel is aligned with the Bear and its Orthodox culture. There is no weapon, no strategy, no tactic conceivable in the near future to damage either of these rising economies now that they are ‘base pairs.’”

Larchmonter sees hope in the new geopolitics created by the conjoining of Russia and China.  I don’t dispute this, but if the arrogant neoconservatives realize that their hegemonic policy has created a foe over which Washington cannot prevail, they will push for a pre-emptive nuclear strike before the Russian-Chinese unified command is fully operational. To forestall a sneak attack, Russia and China should operate on full nuclear alert.

The US economy—indeed the entire Western orientated economy from Japan to Europe—is a house of cards. Since the economic downturn began seven years ago, the entirety of Western economic policy has been diverted to the support of a few over-sized banks, sovereign debt, and the US dollar.  Consequently, the economies themselves and the ability of populations to cope have deteriorated.

The financial markets are based on manipulation, not on fundamentals. The manipulation is untenable. With debt exploding, negative real interest rates make no sense. With real consumer incomes, real consumer credit, and real retail sales stagnant or falling, the stock market is a bubble.

With Russia, China, and other countries moving away from the use of the dollar to settle international accounts, with Russia developing an alternative to the SWIFT financial network, the BRICS developing alternatives to the IMF and World Bank, and with other parts of the world developing their own credit card and Internet systems, the US dollar, along with the Japanese and European currencies that are being printed in order to support the dollar’s exchange value, could experience a dramatic drop in exchange value, which would make the import-dependent Western world dysfunctional.

In my opinion, it took the Russians and Chinese too long to comprehend the evil that has control in Washington.  Therefore, both countries risk nuclear attack prior to the full operational capability of their conjoined defense.  As the Western economy is a house of cards, Russia and China could collapse the Western economy before the neoconservatives can drive the world to war. As Washington’s aggression against both countries is crystal clear, Russia and China have every right to the following defensive measures.

As the US and EU are conducting economic warfare against Russia, Russia could claim that by wrecking the Russian economy the West has deprived Russia of the ability to repay loans to the European banks. If this does not bring down the thinly capitalized EU banks, Russia can announce that as NATO countries are now officially recognized by Russian war doctrine as an enemy of the Russian state, Russia can no longer support NATO’s aggression against Russia by selling natural gas to NATO members.  If the shutdown of much of European industry, rapidly rising rates of unemployment, and bank failures do not result in the dissolution of NATO and thus the end of the threat, the Chinese can act.

The Chinese hold a very large amount of dollar-denominated financial assets.  Just as the Federal Reserve’s agents, the bullion banks, dump massive shorts onto the bullion futures markets during periods of little activity in order to drive down the bullion price, China can dump the equivalent in US Treasuries of years of Quantitative Easing in a few minutes.  If the Federal Reserve quickly creates dollars with which to purchase the enormous quantity of Treasuries so that the financial house of cards does not implode, the Chinese can then dump the dollars that they are paid for the bonds in the currency market.  Whereas the Federal Reserve can print dollars with which to purchase the Treasuries, the Fed cannot print foreign currencies with which to buy the dollars.

The dollar would collapse, and with it the power of the Hegemon.  The war would be over without a shot or missile fired.

Russia and China should give no warning.  They should just act.  Indeed, instead of step by step, Russia and China could simultaneously use the counter-measures.  With four US banks holding derivatives totaling many times world GDP, the financial explosion would be the equivalent to a nuclear one.  The US and Europe would be finished, and the world would be saved.

Larchmonter possibly is correct. 2015 could be a very good year, but pre-emptive economic moves by Moscow and Beijing could be required.  Putin’s current plan seems to be to turn away from the West, ignore the provocations, and mesh Russia’s strategic and economic interests with those of Asia.  This is a humane and reasonable course of action, but it leaves the West untroubled and undistracted by its economic vulnerabilities.  An untroubled West remains a grave danger not only to Russia and China but also to Americans and the entire world.