Whitewashing CIA torture: “We are [not so] awesome” after all 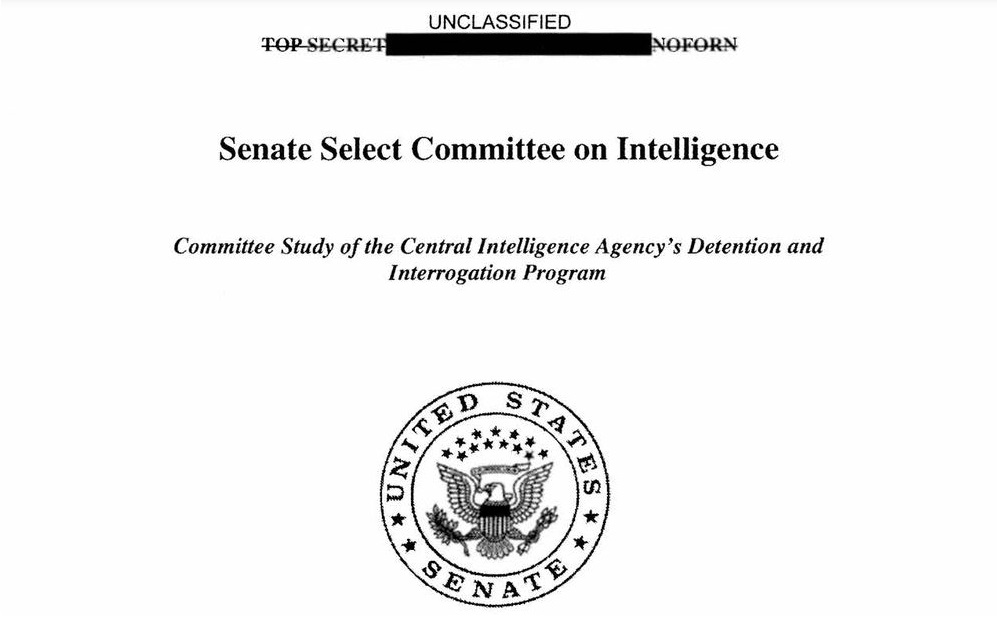 “This is not who we are,” said Obama. But what if this is exactly who we are?

“This is not who we are. This is not how we operate,” were the words of President Barack Obama commenting on the grisly findings of a long-awaited congressional report on the use of torture by the US Central Intelligence Agency (CIA).

But what if this is exactly who we are?

The report is difficult to read, not just because it is awfully long—hundreds of pages of a summary of a nearly 6,000-page investigation, including 38,000 citations based on the review of six million pages—but because it was most disturbing. Parts of it resemble the horror of an extremely dark Hollywood movie. But it was all real: from rectal feeding (as in putting hummus in detainee’s rectums), to rape, to torturing prisoners to death, to blinding prisoners, to forcing them to stand on broken feet, for days. It is beyond ghastly.

Also, it was all useless. Worse, it strongly believed that the torture dungeons, many of which were outsourced to other countries, including 25 in Europe, including the democracy and human rights-touting Britain, have achieved little but fabricated information. What else can an innocent man say when he has nothing to say, but to lie, hoping that maybe such lies would save his life?

Of course, aging accused war criminals like former Vice President Dick Cheney were quick to dismiss the report and its detailed brutal interrogation tactics as “full of crap.”

Without a shred or remorse, he told Fox News Channel on 10 December, a day after the report was released: “What happened here was that we asked the agency to go take steps and put in place programs that were designed to catch the bastards who killed 3,000 of us on 9/11 and make sure it never happened again, and that’s exactly what they did.”

It matters little that these “steps” killed innocent people, violated US and international law, and, equally important, lead to nothing but confessions under the duress of torture.

Cheney’s complete disregard for human rights and international law is not the exception, but very much defines US attitude towards seemingly unimportant matters as law and due process in its most destructive so-called war on terror. His attitude was echoed repeatedly by many others, who insist on the US’s moral superiority, yet without providing a shred of evidence to validate such an assertion.

Although one is relieved that the truth was, at least partly, laid bare, thanks to the persistent efforts of members in the Senate Intelligence Committee, the resulting discourse is still disturbing. Aside from the fact that top officials insist that there will be no prosecution for the war criminals, the language of President Obama and others promise little soul searching ahead.

“This is not who we are,” said Obama.

Yet, John O. Brennan, the director of the CIA still defended the agency’s use of the brutal tactics in American gulags, “sidestepping questions about whether agency operatives tortured anyone,” according to the New York Times.

“The ‘lunch tray’ for one detainee, which contained hummus, pasta with sauce, nuts and raisins, ‘was ‘pureed’ and rectally infused,” the report said.

“This is not how we operate,” Obama said. But how do “we” exactly operate when the report was the outcome of 6 million documents? That is 6,000,000. There can no longer be a “few bad apples” argument made here, as the horrors of Abu Ghraib were once justified.

These practices were carried out for years. It involved numerous personnel. Numerous prisons. Many countries, including almost the entirety of Europe, and some of the biggest human rights violators on earth, including Middle Eastern and African countries. It was financed by a mammoth budget, and continues to be defended, brazenly by those who ordered them, who are unlikely to see their day in court.

Senate Intelligence Committee chairwoman Dianne Feinstein, was adamant in her rejection of CIA torture. The program was “morally, legally and administratively misguided (and) far more brutal than people were led to believe,” she told the Senate.

Fair enough. But then this, the torture program is “a stain on our values and on our history.”

There is this stubborn insistence on highlighting the same kind of moral superiority, contrary to all evidence. But isn’t the whole so-called war on terror, and the continued American military involvement in the Middle East, the lethal unmanned drone program, which has killed thousands, the unconditional support for Israel and all sorts of oppressive regimes, and much more, all “morally, legally and administratively misguided.”?

Between Cheney’s bullying attitude and Obama’s/Feinstein’s, which claims that the massive, outsourced program is merely a “stain” on otherwise perfect American values, the report is unlikely to change much. Justice is unlikely to be served.

There can be no serious rethink and moral awakening without talking full responsibility, not just of vile torture tactics, but the entirety of the US’s misguided foreign policy which is predicated on violence, and lots of it.

“I will leave to others how they might want to label these activities,” Brennan said.

The report indicated that detainees were tortured before they were even asked to cooperate. How does one label that Mr. Brennan? Even by the logic of those who torture, such tactics are senseless.

Should some insist on the old, tired “few bad apples” argument, the report indicated that in “Detention Site Green”, CIA interrogators objected to the continued use of torture, before they were told to carry on by their seniors. No few bad apples. The whole barrel is rotten.

There can be no justification to what the US has done, not just against suspects in its global wars, but against entire nations, who were completely innocent of any involvement in any terror attacks on 11 September, prior or after that date.

But CIA torture being a “stain” on an otherwise flawless record doesn’t suffice either. In fact, in some way, this logic is the heart of the problem, since it blocks any attempt at honest reading of whatever “values” Washington stands for, and tries to achieve, using “soft diplomacy” of “rectal feeding.”

What is equally worrying to what the report has contained is the existing mindset in the US among the ruling class and the media.

This reality can be best summarised in the words of a Fox News show co-host, Andrea Tantaros: “The United States of America is awesome, we are awesome,” she exclaimed.

With such overriding thoughtless mindset, there is little evidence to show that such “awesomeness” will cease anytime soon, even if at the expense of many innocent people.