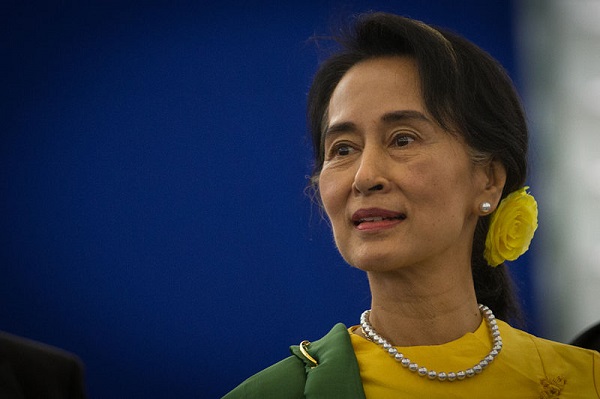 Thanks to the internet, I have the luxury of putting together this open letter for you (though of course, a busy Nobel Laureate such as yourself must be having better things to do than reading this letter).

Last month, at the third Bay of Bengal Initiative for Multi-Sectoral Technical and Economic Cooperation (BIMSTEC), you met the Prime Minister of Bangladesh, Sheikh Hasina. Both of you discussed various issues, such as the importance of providing micro-loans to rural women and the need to restrict the trafficking of meth pills in the region. It was good to hear that steps were being taken for the betterment of the entire region.

However, something was missing. Yes, the plight of the Rohingya people in Myanmar. Did you forget about them? Of course you did! You are a busy lady, after all!

Sheikh Hasina did allude to the Rohingya crisis, though. She told you that both Myanmar and Bangladesh need to resolve the refugee crisis, but you did not respond.

Since my assumption is that you have totally forgotten about the Rohingya populace of your own country (again, you’re very busy, I know that), allow me to remind you a little bit about them. They happen to be Burmese citizens. They are one of the most persecuted communities in the world; the United Nations describes them as “friendless”, and they would have gladly contributed to Myanmar’s GDP, if only they weren’t being massacred. On a sidenote, they also happen to have a religion that’s different from the majority of Burmese folks, and this is why they are being killed. Basically, Myanmar wants to eliminate the Rohingya people from its territory, and Bangladesh does not consider itself accountable for foreign refugees.

Still unsure? Well, here is something that will refresh your memory.

One can blame a lot many people for the destruction and genocide of the Rohingya people, but that’s an altogether different story. My question is, why are you silent?

You see, I have been following your heroics ever since I was a child. Growing up, I just could not fathom what threat a single lady posed to the military junta of Myanmar. After all, they had those big guns and bullets, and you had just flowers! Later on, I realized that the threat was not physical. Instead, you symbolized the heart and spirit of resistance. You stood tall as the champion of freedom and democracy in your country.

Quite obviously, your release from house arrest in 2010 marked a new era in the history of Myanmar.

As a result, your silence on the Rohingya issue is both shocking and disappointing. How can you—a lady who has been fighting for the freedom of her people—be silent whilst an entire section of her country’s population is being killed? How can you—a lady who embodies the very essence of liberty—be a mute spectator of one of the biggest genocide of our times?

Your silence is shocking, Ms Suu Kyi. And the fact that the world is silent about your silence is even more shocking. You see, it seems like nobody wishes to say anything negative about you. After all, you are worshipped as a political hero—the leader of the resistance—yeah, something like that. Everyone supports the war you have waged for a ‘free’ Myanmar. Too bad your version of a ‘free’ Myanmar does not have room for the Rohingya people!

Since the Rohingya masses do not have many supporters, your stand is not unique. But that’s why I am writing this letter! You see, when it comes to the Rohingya crisis, the Bangladeshi and Burmese governments are trying their level best to evade responsibility, whereas the international community has chosen to be quiet. You, on the other hand, could have served as a much-needed mediator. You could have facilitated a solution to this crisis by bringing the relevant players to the table and encouraging them to seek a mutual compromise. Unfortunately, you seem too busy to do that.

I know that if you were to express your willingness to help the Rohingya people, the international community would listen. But your inaction is heartbreaking, ma’am.

The world rejoiced when you were released from prison. Why? Because you had fought for freedom, and your imprisonment was unjustified. Today, the Rohingya people of your country need you, Ms Aung San Suu Kyi. You have a political and moral duty towards them. Please, try not to disappoint them!