Is the US or the World Coming to an End? It Will Be One or the Other 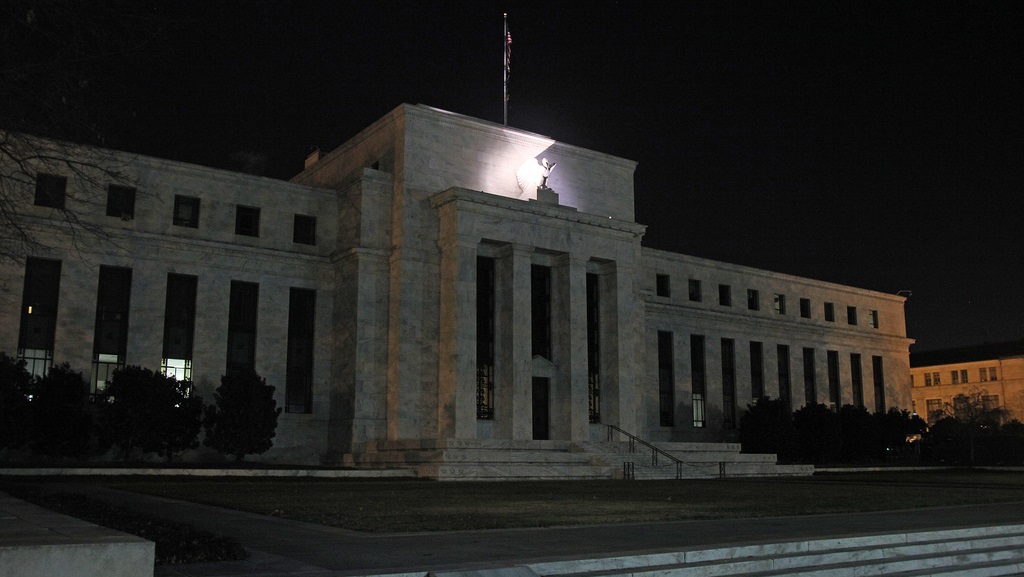 2014 is shaping up as a year of reckoning for the United States.

Two pressures are building on the US dollar. One pressure comes from the Federal Reserve’s declining ability to rig the price of gold as Western gold supplies shrivel and market knowledge of the Fed’s illegal price rigging spreads. The evidence of massive amounts of naked shorts being dumped into the paper gold futures market at times of day when trading is thin is unequivocal. It has become obvious that the price of gold is being rigged in the futures market in order to protect the dollar’s value from QE.

The other pressure arises from the Obama regime’s foolish threats of sanctions on Russia. Other countries are no longer willing to tolerate Washington’s abuse of the world dollar standard. Washington uses the dollar-based international payments system to inflict damage on the economies of countries that resist Washington’s political hegemony.

Russia and China have had enough.  As I have reported and as Peter Koenig reports, Russia and China are disconnecting their international trade from the dollar. Henceforth, Russia will conduct its trade, including the sale of oil and natural gas to Europe, in rubles and in the currencies of its BRICS partners.

As John Williams (shadowstats.com) has made clear, the US economy has not recovered from the downturn in 2008 and has weakened further. The vast majority of the US population is hard pressed from the lack of income growth for years. As the US is now an import-dependent economy, a drop in the dollar’s value will raise US prices and push living standards lower.

All evidence points to US economic failure in 2014, and that is the conclusion of John Williams’ April 9 report.

This year could also see the breakup of NATO and even the EU.  Washington’s reckless coup in Ukraine and threat of sanctions against Russia have pushed its NATO puppet states onto dangerous ground.  Washington misjudged the reaction in Ukraine to its overthrow of the elected democratic government and imposition of a stooge government. Crimea quickly departed Ukraine and rejoined Russia. Other former Russian territories in Ukraine might soon follow. Protesters in Lugansk, Donetsk, and Kharkov are demanding their own referendums. Protesters have declared the Donetsk People’s Republic and Kharkov People’s Republic. Washington’s stooge government in Kiev has threatened to put the protests down with violence. Washington claims that the protests are  organized by Russia, but no one believes Washington, not even its Ukrainian stooges.

Russian news reports have identified US mercenaries among the Kiev force that has been sent to put down the separatists in eastern Ukraine.  A member of the right-wing, neo-Nazi Fatherland Party in the Kiev parliament has called for shooting the protesters dead.

Violence against the protesters is likely to bring in the Russian Army and result in the return to Russia of its former territories in Eastern Ukraine that were attached to Ukraine by the Soviet Communist Party.

With Washington out on a limb issuing threats hand over fist, Washington is pushing Europe into two highly undesirable confrontations.  Europeans do not want a war with Russia over Washington’s coup in Kiev, and Europeans understand that any real sanctions on Russia, if observed, would do far more damage to Europeans. Within the EU, growing economic inequality among the countries, high unemployment, and stringent economic austerity imposed on poorer members have produced enormous strains. Europeans are in no mood to bear the brunt of a Washington-orchestrated conflict with Russia.  While Washington presents Europe with war and sacrifice, Russia and China offer trade and friendship.  Washington will do its best to keep European politicians bought-and-paid-for and in line with Washington’s policies, but the downside for Europe of going along with Washington is now much larger.

Across many fronts, Washington is emerging in the world’s eye as duplicitous, untrustworthy, and totally corrupt. A Securities and Exchange Commission prosecuting attorney, James Kidney used the occasion of his retirement to reveal that higher ups had squelched his prosecutions of Goldman Sachs and other “banks too big to fail,” because his SEC bosses were not focused on justice but “on getting high-paying jobs after their government service” by protecting the banks from prosecution for their illegal actions.

The US Agency for International Development (USAID) has been caught trying to use social media to overthrow the government of Cuba.

This audacious recklessness comes on top of Washington’s overthrow of the Ukrainian government, the NSA spying scandal, Seymour Hersh’s investigative report that the Sarin gas attack in Syria was a false flag event arranged by NATO member Turkey in order to justify a US military attack on Syria, Washington’s forcing down Bolivian President Evo Morales’ presidential plane to be searched, Saddam Hussein’s “weapons of mass destruction,” the misuse of the Libyan no-fly resolution for military attack, and on and on.  Essentially, Washington has so badly damaged other countries’ confidence in the judgment and integrity of the US government that the world has lost its belief in US leadership. Washington is reduced to threats and bribes and increasingly presents as a bully.

The self-inflicted hammer blows to Washington’s credibility have taken a toll.  The most serious blow of all is the dawning realization everywhere that Washington’s crackpot conspiracy theory of 9/11 is false.  Large numbers of independent experts as well as more than one hundred first responders have contradicted every aspect of Washington’s absurd conspiracy theory. No aware person believes that a few Saudi Arabians, who could not fly airplanes, operating without help from any intelligence agency, outwitted the entire National Security State, not only all 16 US intelligence agencies but also all intelligence agencies of NATO and Israel as well.

Two-thirds of Americans fell for this crackpot story.  The left-wing fell for it, because they saw the story as the oppressed striking back at America’s evil empire.  The right-wing fell for the story, because they saw it as the demonized Muslims striking out at American goodness. President George W. Bush expressed the right-wing view very well: “They hate us for our freedom and democracy.”

But no one else believed it, least of all the Italians.  Italians had been informed some years previously about government false flag events when their President revealed the truth about secret Operation Gladio. Operation Gladio was an operation run by the CIA and Italian intelligence during the second half of the 20th century to set off bombs that would kill European women and children in order to blame communists and, thereby, erode support for European communist parties.

Italians were among the first to make video presentations challenging Washington’s crackpot story of 9/11.  The ultimate of this challenge is the 1 hour and 45 minute film, “Zero.”

Zero was produced as a film investigating 9/11 by the Italian company Telemaco. Many prominent people appear in the film along with independent experts.  Together, they disprove every assertion made by the US government regarding its explanation of 9/11.

The film was shown to the European parliament.

It is impossible for anyone who watches this film to believe one word of the official explanation of 9/11.

The conclusion is increasingly difficult to avoid that elements of the US government blew up three New York skyscrapers in order to destroy Iraq, Afghanistan, Libya, Somalia, Syria, Iran, and Hezbollah and to launch the US on the neoconservatives agenda of US world hegemony.

China and Russia protested but accepted Libya’s destruction even though it was to their own detriment. But Iran became a red line. Washington was blocked, so Washington decided to cause major problems for Russia in Ukraine in order to distract Russia from Washington’s agenda elsewhere.

China has been uncertain about the trade-offs between its trade surpluses with the US and Washington’s growing encirclement of China with naval and air bases.  China has come to the conclusion that China and Russia have the same enemy—Washington.

One of two things is likely: Either the US dollar will be abandoned and collapse in value, thus ending Washington’s superpower status and Washington’s threat to world peace, or Washington will lead its puppets into military conflict with Russia and China. The outcome of such a war would be far more devastating than the collapse of the US dollar.