With a view to end the bloodshed in Syria, the broad-based Geneva-2 United Nations peace conference opened at Montreux in Switzerland on January 22, wherein the U. N. Secretary-General Ban Ki-Moon asked for differences between the warring factions to be set aside; which proved of no avail. The discussions of the international conference were marked by heated exchanges as the warring sides and global powers clashed over President Bashar al-Assad’s future. “After nearly three painful years of conflict and suffering in Syria, today is a day of hope….You have an enormous opportunity and responsibility to render a service to the people of Syria,” Mr. Ban said in the conference.

Prior to the conference, the talks between Mr. Assad and a visiting Russian parliamentary delegation had focused the spotlight on the battle of wills between the Syrian government and the West’s backed opposition which appeared unrelenting on its stand seeking “regime change” in Syria. President Assad further emphasized that the issue of regime change was not under discussion. Instead, he expressed his clear desire to participate in ensuing elections as a likely result of the talks under Geneva-2 framework. “Only the Syrian people can decide who should take part in elections,” he asserted before the delegation. Obviously, President Assad’s intent to deepen his political footing contrasts sharply with the aspirations of the opposition Syrian National Coalition, which had declared its readiness to take part in the Geneva-2 as the coalition’s leader Mr. Ahmad Jarba said that the umbrella organization is “participating with the sole aim of removing President Assad from power and his trial alongside all the criminals of his regime.” He further asked the Syrian regime to immediately sign a deal reached at the previous peace conference in Geneva in 2012 setting out “the transfer of powers from Assad, including for the army and security, to a transition government.” Leading a series of sharp U.S. accusations against the Syrian regime, the American Secretary of State John Kerry insisted that President Assad cannot be the part of any transitional government.

Thus meeting for the first time since the beginning of the conflict in March 2011, the two sides could not be further apart in this conference. Indeed, the perceptions of the Syrian government and the opposition groups on the country’s future could not be more divergent than the present one, which remains very complicated due to external powers’—particularly the US, Russia, and the European powers—continuing support to the different belligerent groups operating in Syria in order to preserve and maintain their respective sphere of influence in Syria, as well as in entire Middle East and West Asia, for their economic and strategic interests. In fact, their unjust policies have long since been going on in many countries of the West Asian and Gulf region, only to arouse regional tensions and mutual acrimony among the member countries of region.

Against this backdrop, the real success of the Geneva-2 appears in bringing together, for the first time, the two stakeholders of the vexed Syrian issue to the peace talks which is a mark of some progress and could be an important first step towards final resolution of the crisis. Further to promote this process, the outside powers, instead of supporting different belligerent factions in Syria with a view to extract maximum mileage, must adopt a neutral stand in the current situation right now so that the people of Syria may themselves decide the fate of President Assad’s regime and also their own future. Because earlier settlements by these outside powers have mostly failed as may be seen in Iraq or Libya and elsewhere in the world, thereby further complicating the issues. 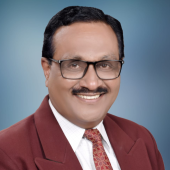 Sudhanshu Tripathi is Head & Associate Professor in Political Science Department of MDPG College, Pratapgarh (UP), India. He is the author of NAM and INDIA (2012) and his research papers have appeared in numerous national and international journals, online journals, and magazines.