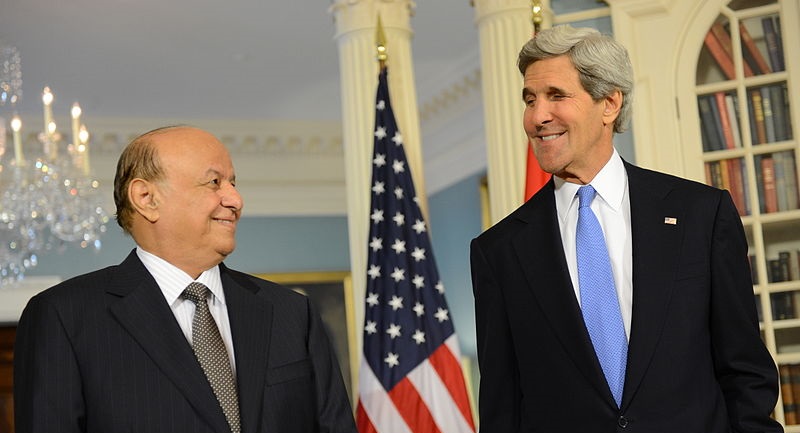 Yemen. The very name of this country brings many thoughts to one’s mind. It happens to be one of the oldest centers of civilization in the region, and is currently the second largest country in the Arabian Peninsula. If that does not impress you, Yemen is also the only state in the Arabian Peninsula to have a purely republican form of government, and was the first country in the region to grant voting rights to women.

A nice resume, indeed! Sadly, of late Yemen has not made it to the papers for the right reasons. As harsh as it may sound, present-day Yemen is far from perfect.

Yemeni unification occurred back in 1990 when North Yemen (officially Yemen Arab Republic) was united with South Yemen (PDR of Yemen). What seemed to be a peaceful unification later on led to an atmosphere of civil war and the quest for power-grab ensued—you know how it goes!

While there were signs of insurgency in late 1990s and early 2000s, the actual ‘revolution’ happened in 2011. In fact, the Yemeni Revolution almost coincided with the Arab Spring mass protests. The initial issues that the Revolution focused on included unemployment, a dismal economy, and corruption.

Things soon went downhill and certain protests led to violent clashes between the activists and the police. Under domestic and international pressure, a joint government was established, with the intention of drafting a new constitution and conducting both presidential and parliamentary elections by 2014.

As expected, insurgency did not perish. Yemen today stands divided between various groups (who in turn are divided between Sunni and Shi’ite sects), both violent and peaceful, as well as pro-government factions. Add to it the fact that USA does not know how to keep its drones and bombs away from civilians, and you will get a fair idea about the chaotic situation that Yemen is currently experiencing.

So, will elections be conducted next year in Yemen? The chances seem bleak. What makes matters worse is the fact that unless elections are held on time (in 2014, as promised), the very essence of the revolution dies. Yemenis might be forced to take to the streets again and push for democratic reforms. Whether or not their protests yield any merit is a debatable question, but rest assured, insurgents will waste zero time in hijacking the revolution and pushing for their violent agenda.

Make no mistake about it: back in 2011, the Yemeni Revolution provided a ray of hope. It hinted towards a possible change that Yemen might finally be able to eliminate the elitist handcuffs and proceed towards growth and prosperity of its people. When the erstwhile President, Ali Abdullah Saleh, was sidelined, numerous protestors all over Yemen had a reason to rejoice.

Yet, that reason seems to be fading as we speak. Saleh’s replacement, the interim President Mansour Hadi, is anything but a revolutionary. Of course, this does not mean that his tenure as the transitional President has been disappointing, but Hadi does not have many happy things to talk about either.

The major point of contention is the near-failure of the Conference of National Reconciliation (henceforth abbreviated as CNR). The goal of the CNR was to discover common grounds of agreement between all sections of the Yemeni masses, in order to successfully implement a new constitution and proceed towards the 2014 elections. However, as CNR learned the hard way, speedy resolution and elimination of sectarian, political and ethnic differences are not child’s play. Naturally, this gives the Saleh supporters something to talk about—the CNR is on the verge of failure and thus, the previous regime under Saleh was probably not a bad one.

To make things worse, the delegates from the southern part of Yemen have decided that leaving the CNR was a smart thing to do. Why? Because when everything is falling apart, separatism sounds tastier than ever before.

As of now, the situation in Yemen is way different from the Yemeni Revolution of 2011. Back then, both North and South stood together in their fight against corruption and inefficient governance. Sadly, the collective vision endorsed by the Revolution of 2011 never transformed into political victory because even after the elimination of Saleh, things failed to progress as planned.

The international community, too, has failed to play a proper role in the Yemeni crisis. At best, by siding with either Saleh or Hadi, foreign powers have only killed the vigor of the Revolution.

The situation might be better than what it used to be in days before the unification. Nonetheless, Yemen is currently standing on the edge of a cliff. If things continue to go downhill from here, the unification of 1990, achieved by bringing together the northern and southern parts of the country, might be in serious jeopardy. To make matters uglier, both the North and South are marred by internal divisions and disagreements of their own.

The divisions within Yemen are growing at a rapid pace. At this junction, if the interim President Hadi leaves or is removed, Yemen might be torn apart by a vicious power struggle. Even worse, if he manages to extend his term in office, political unrest might deepen and further segregate the North and South.

A third alternative might be that the erstwhile regime of Saleh might come back, possibly as an entity capable of uniting the Yemeni people and saving the country from disintegration. While this might save Yemen from another civil war, it will also sterilize everything that the Revolution of 2011 stood for.

Yemen is one of the world’s poorest countries, and the Yemenis are aware of this fact. Even in the midst of such chaos and astute poverty, the spirit of the Revolution is still going strong, albeit the frenzy and euphoria seems to be dying. Considering the fact that the interim government is being a silent witness to rising instability in the country, Yemenis might soon be compelled to re-kindle the Revolution and push for democracy and transparency all over again.