What Ukraine’s Protesters Need to Know 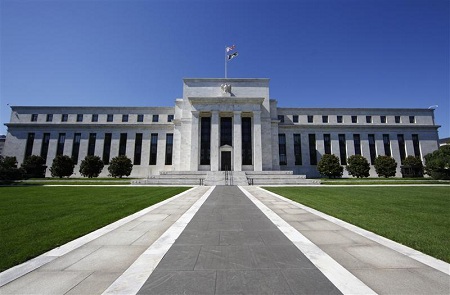 What are the Ukrainian protests about?  On the surface, the protests don’t make sense.

The Ukrainian government made the correct decision to stay out of the EU.  Ukraine’s economic interests lie with Russia, not with the EU.  This is completely obvious.

The EU wants Ukraine to join so that Ukraine can be looted, like Latvia, Greece, Spain, Italy, Ireland, and Portugal.  The situation is so bad in Greece, for example, that the World Health Organization reports that some Greeks are infecting themselves with HIV in order to receive the 700 euro monthly benefit for the HIV-infected.

The US wants Ukraine to join so it can become a location for more of Washington’s missile bases against Russia.

Why would Ukrainians want to be looted?

Why would Ukrainians want to become targets for Russia’s Iskander Missiles as a host country for Washington’s aggression against Russia?

Why would Ukrainians having gained their sovereignty from Russia want to lose it to the EU?

Obviously, an intelligent, aware, Ukrainian population would not accept these costs of joining the EU.

So, why the protests?

Part of the answer is Ukrainian nationalists’ hatred of Russia.  With the Soviet collapse, Ukraine became a country independent of Russia.  When empires break up, other interests can seize power.  Various secessions occurred producing a collection of small states such as Georgia, Azerbaijan, the former central Asian Soviet Republics, Ukraine, the Baltics, and the pieces into which Czechoslovakia and Yugoslavia were broken by “nationalism.” The governments of these weak states were easy for Washington to purchase. The governments of these powerless states are more responsive to Washington than to their own people. Much of the former Soviet Empire is now part of Washington’s Empire. Georgia, the birthplace of Joseph Stalin, now sends its sons to die for Washington in Afghanistan, just as Georgia did for the Soviet Union.

These former constituent elements of the Russian/Soviet Empire are being incorporated into Washington’s Empire. The gullible nationalists, naifs really, in these American colonies might think that they are free, but they simply have exchanged one master for another.

With the collapse of the Soviet Union, Washington quickly stepped into the place of Russia. The new countries were all broke, as was Russia at the time and, thus, helpless.  Washington used NGOs funded by Washington and its EU puppets to create anti-Russian, pro-American, pro-EU movements in the former constituent parts of Soviet Russia. The gullible peoples were so happy to have escaped the Soviet thumb that they did not realize that they now had new masters.

It is a good bet that the Ukrainian protests are a CIA organized event, using the Washington and EU funded NGOs and manipulating the hatred of Ukrainian nationalists for Russia.  The protests are directed against Russia. If Ukraine can be realigned and brought into the fold of Washington’s Empire, Russia is further diminished as a world power.

To this effect, NATO conducted war games against Russia last month in operation Steadfast Jazz 2013.  Finland, Ukraine, Georgia, and neutral Sweden have offered their military participation in the next iteration of NATO war games close to Russia’s borders despite the fact that they are not NATO members.

The diminishment of Russia as a powerful state is critical to Washington’s agenda for world hegemony. If Russia can be rendered impotent, Washington’s only concern is China.

China is unlikely to be intimidated, but could undermine itself if its economic reform opens China’s economy to western manipulation. Once China frees its currency and embraces “free markets,” Washington can manipulate China’s currency and drive China’s currency into volatility that discourages its use as a rival to the dollar.  China is disadvantaged by having so many university graduates from US universities, where they have been indoctrinated with Washington’s view of the world. When these American-programmed graduates return to China, some tend to become a fifth column whose influence will ally with Washington’s war on China.

So where does this leave us?  Washington will prevail until the US dollar collapses.

Many support mechanisms are in place for the dollar. The Federal Reserve and its dependent bullion banks have driven down the price of gold and silver by short-selling in the paper futures market, allowing bullion to flow into Asia at bargain prices, but removing the pressure of a rising gold price on the exchange value of the US dollar.

Washington has prevailed on Japan and, apparently, the European Central Bank, to print money in order to prevent the rise of the yen and euro to the dollar.

The Trans-Pacific and Trans-Atlantic Partnerships are designed to keep countries in the US dollar payments system, thus supporting the dollar’s value in currency markets.

The financial world is under Washington’s thumb.  And Washington is printing money for the sake of 4 or 5 mega-banks.

That should tell the protesters in Ukraine all they need to know.

Editor’s Note: While the above article stated that peaceful protesters were not beaten by police, there are reports that such state violence did occur. See “Letter to the General Prosecutor of Ukraine“, Human Rights Watch, December 20, 2013.