When Falsehoods Triumph: Why a Winning Palestinian Narrative is Hard to Find 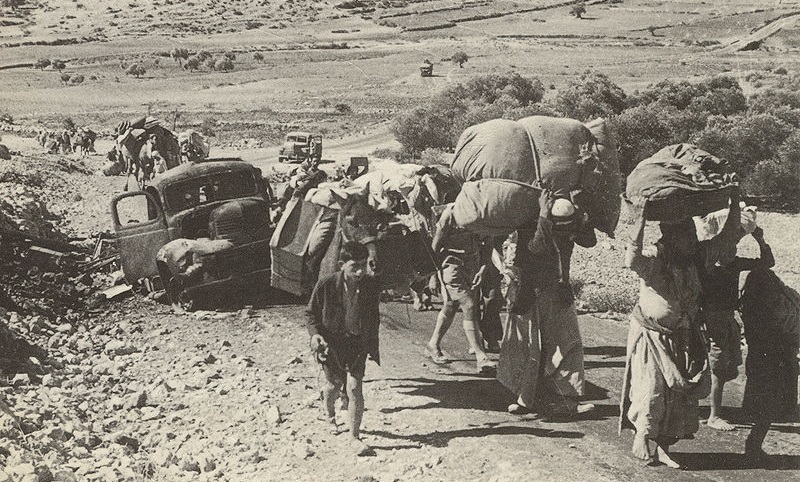 In an initially pointless exercise that lasted nearly an hour, I flipped between two Palestinian television channels, Al Aqsa TV of Hamas in Gaza and Palestine TV of Fatah in the West Bank. While both purported to represent Palestine and the Palestinians, each seemed to represent some other place and some other people. It was all very disappointing.

Hamas’ world is fixated on their hate of Fatah and other factional personal business. Fatah TV is stuck between several worlds of archaic language of phony revolutions, factional rivalry, and unmatched self-adoration. The two narratives are growingly alien and will unlikely ever move beyond their immediate sense of self-gratification and utter absurdity.

It is no wonder why Palestinians are still struggling to tell the world such a simple, straightforward and truthful story. Perhaps it is now out of desperation that they expect Israel’s New Historians, internationals who make occasional visits to Palestine or an unexceptionally fair western journalist to tell it.

But what about the Palestinian themselves? This is rare because factionalism in Palestine and among Palestinians in the Diaspora  is also destroying the very idea of having a common narrative through which they can tell one cohesive story, untainted by the tribal political mentality which is devouring Palestinian identity the same way Israeli bulldozers are devouring whatever remains of their land.

Even if such a narrative were to finally exist, it would likely be an uphill battle, for Israel’s official narrative, albeit a forgery, is rooted in history. On May 16, 2013, Shay Hazkani, described in a detailed Haaretz article the intricate and purposeful process through which Israel’s first Prime Minister David Ben-Gurion rewrote history. “Catastrophic thinking: Did Ben-Gurion try to rewrite history?” was largely based on a single file (number GL-18/17028) in the State Archives that seemed to have escaped censorship. The rest of the files were whisked away after Israel’s New Historians – Benny Morris, Avi Shlaim, Tom Segev, Ilan Pappe and others – got their hands on numerous documents that violently negated Israel’s official story of its birth.

“Archived Israeli documents that reported the expulsion of Palestinians, massacres or rapes perpetrated by Israeli soldiers, along with other events considered embarrassing by the establishment, were reclassified as ‘top secret’,” Hazkani wrote in the Israeli paper. But GL-18/17028 somehow survived the official onslaught on history.

The lone document spoke of the “evolution of the Israeli version of the Palestinian Nakba ‏(The Catastrophe‏) of 1948.” That evolution took place under the auspices of Ben-Gurion himself between the years 1960-1964, where he assigned one scholar after another to basically fabricate history, which they surely did. Zionist leaders were at least astute enough to understand the power of collective memory, and its possible impact on international public opinion. So they tailored their own versions of history very early on as to counter future generation of Palestinians.

Salman Abu Sitta is one of Palestine’s foremost historians. The man has done more to preserve and document Palestinian historical records than any other historian alive. In an interview with Lebanon’s Al-Akhbar newspaper on August 5, 2012, Abu Sitta was, of course, fully aware of the Israeli attempts at restyling history. “The Israeli maps of the 1950s were nothing more than the British survey of Palestine maps overwritten in Hebrew,” he said. “From 1960 onwards, the survey of Israel department started to issue maps devoid of all these original Palestinian names, and replaced with Hebrew ones.”

The reference to 1960 retrospectively corroborates Hazkani’s story based on the enduring file GL-18/17028.

Six and a half decades later, that fight continues, between Israel’s attempts to erase the history of Palestine, while Palestinians, through independent efforts (no thanks to the warring factions) try to preserve their own. “The war runs along several fronts, not only militarily, but it is also a battle over the minds of people…We are not trying to obliterate any other history – we are trying to say that we will not allow you (Israel) to erase ours,” Abu Sitta explained.

Yet Israel’s effort at abolishing Palestinian history never ceased, starting with the destruction of hundreds of Palestinian villages and expelling their populations in 1947-48, to rewriting maps, to changing names of towns and streets, to manufacturing alternate histories, to more recently, outlawing Palestinian memory. Yes, precisely that.

In March 2011, the Israeli Knesset (parliament) passed what is known as the “Nakba bill”. It financially penalizes any organization or institution that perceives and commemorates Israel’s founding as a day of mourning for Palestinians. The law, officially known as “Budget Principles Law (Amendment 39) – Reducing Budgetary Support for Activities Contrary to the Principles of the State,” was as a continuation of Ben-Gurion’s project of physically erasing Palestinians, severing their rapport with their own land, and presenting a construct of history to the rest of the world—a history that was deliberately misconstrued by few individuals following official instructions.

Alas, a largely invented history that is so focused and well-funded seems to trump genuine history that is mostly distorted by the incompetence of its owners. True, there are other Abu Sitta type historians, who see Palestinians through the transparency of the collective, not the distorted prisms of individuals or factions. Their voices however are muffled and trounced by overwhelming odds—the Hamas vs. Fatah vs. the rest, the division of the national identity based on geography, politics, and funds, among other factors.

The current generation of Palestinians is yet to have a fully comprehensive, well-funded, long-term national Palestinian project that spans limited group interests and geography; one that is manned by qualified, well-trained Palestinian historians, spokespersons and scholars, so that a broad and unswerving Palestinian narrative can be presented throughout the world. All such efforts remain the responsibility of single individuals and small organizations with limited means, thus with narrowed outreach. But without such a unifying platform, it will be immensely difficult for the Palestinian narrative to reach the critical mass needed to overpower the fictitious Israeli version of Palestinian history which continues to define mainstream thinking in many parts of the world, especially in the West.

The work of Israel’s New Historians has been immensely valuable, although one cannot compare the compassion of such historians as Pappe with the harshness of Morris. The hundreds of other accounts offered by outsiders are also important, for they help in creating frames of references to which their specific audiences around the world can relate. But without a unified Palestinian narrative, massive in its magnitude, striking in its consistency, and all-inclusive in its presentation, the Israeli story, as fallacious as it is, will continue to define the mainstream understanding of history for years to come.