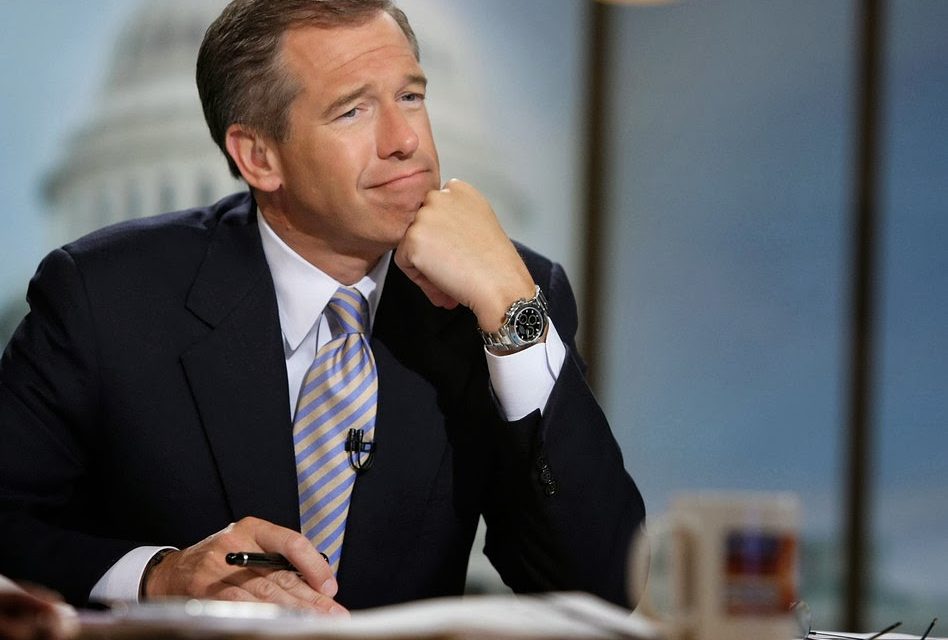 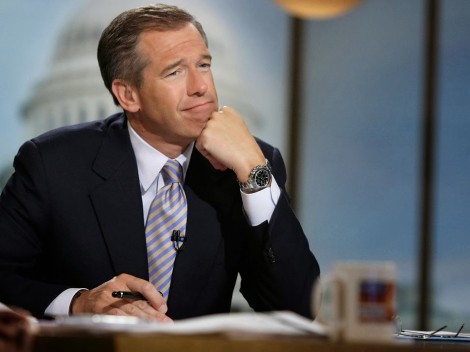 As the United States and Iran carefully embark on a renewed push for diplomacy, including direct contact between the presidents of each country for the first time in 34 years, the mainstream media continues to stymie any chance for an honest assessment of Iran’s nuclear program, engaging instead in disinformation, misrepresentation and misleading reporting that has long characterized coverage of the issue.

In just the past month alone, numerous networks, newspapers and websites have referred, both implicitly and overtly, to an Iranian “nuclear weapons program,” despite the fact that, for years now, United States intelligence community and its allies have long assessed that Iran is not and never has been in possession of nuclear weapons, is not building nuclear weapons, and its leadership has not made any decision to build nuclear weapons. Iran’s uranium enrichment program is fully safeguarded by the IAEA and no nuclear material has ever been diverted to a military program. Iranian officials have consistently maintained they will never pursue such weapons on religious, strategic, political, moral and legal grounds.

The August 27, 2013 broadcast of NPR‘ “All Things Considered,” featured correspondent Mara Liasson claiming that the tragic civil war in Syria is “a proxy war” and that “Iran, who is developing its own weapons of mass destruction, is currently backing the Syrian regime, and it is watching very carefully to see what the U.S. does.”

The same day, an editorial in USA Today similarly advocated the U.S. bombing of Syria, stating that it “would demolish U.S. credibility” were Obama not to order a campaign of airstrikes, “not just in Syria but also in Iran, which continues to pursue nuclear weapons despite repeated U.S. warnings.”

Neither Liasson, who has a history of getting things wrong about Iran, nor the editors of USA Today were being honest with their audience, presenting what are hysterical allegations unsupported by any evidence as fact.

In a TIME magazine article published online at the end of August, Michael Crowley wrote, “If another round of negotiations with Tehran should fail, Obama may soon be obliged to make good on his vow to stop Iran from developing a nuclear weapon.”

New York Times staff writer Robert Worth assessed the Obama administration’s push for bombing Syria on September 3, explaining, “If the United States does not enforce its self-imposed “red line” on Syria’s use of chemical weapons… Iran will smell weakness and press ahead more boldly in its quest for nuclear weapons.”

On September 4, the website Foreign Policy posted a shrill piece of propaganda in which former AIPAC official and accused Israeli spy Steven Rosen claimed that not bombing Syria “would certainly undermine the campaign to prevent Iran from completing its nuclear weapons program.”

On September 5, Politico revealed that “some 250 Jewish leaders and AIPAC activists will storm the halls on Capitol Hill beginning next week to persuade lawmakers that Congress must adopt the resolution or risk emboldening Iran’s efforts to build a nuclear weapon. They are expected to lobby virtually every member of Congress, arguing that “barbarism” by the Assad regime cannot be tolerated, and that failing to act would “send a message” to Tehran that the U.S. won’t stand up to hostile countries’ efforts to develop weapons of mass destruction, according to a source with the group.”

On September 6, Peter Baker wrote in the New York Times that stepping back from a military assault on Syria would signal a lack of willingness on the part of Obama to counter the nonexistent “the development of a nuclear bomb by Iran.”

On September 10, the Washington Post reported uncritically on the same story, identifying AIPAC’s position that there exists “a direct connection between the Syria crisis and Iran’s effort to get nuclear weapons.” The Post quoted an unnamed AIPAC official as warning of grave consequences were the United States not to bomb Syria, noting that “it will send the wrong message to Tehran about their effort to obtain unconventional weapons.”

The Post was back at it on September 15, stating in an article that “Israel’s security establishment fears that a failure to punish Syria for its use of chemical weapons could encourage Tehran, Syria’s ally, to continue to enrich uranium for a bomb.”

When this erroneous conclusion was brought to the attention of Patrick Pexton, Washington Post‘s former ombudsman, he agreed that the “should be corrected,” as no government, agency or organization on the planet has ever claimed Iran is enriching uranium “for a bomb.”

Editors for the Times and Foreign Policy allowed those statements to be published. Neither Politico nor the Post challenged these absurd presumptions.

USA Today published another misleading article on September 22, which stated that President Obama is “trying to take advantage of a diplomatic opening–created by the installation of a new, more moderate president in Iran–to persuade Tehran to abandon its nuclear weapons program.”

Peter Hart of the media watchdog organization Fairness and Accuracy in Reporting (FAIR) caught this bit of disinformation and added that the USA Today editing staff are “not the only ones who should consider clarifying the record.” He quotes CBS Face the Nation host Bob Schieffer smugly opining on September 22, “Rouhani says that Iran does not want and is not pursuing a nuclear weapon. Does anybody take that at face value?”

Hart noted: “Actually, the burden of proof should be the other way around: Politicians who claim that Iran has such a program should have to prove it. Schieffer obviously doesn’t see the world that way. He’s interviewed people like Israeli Prime Minister Benjamin Netanyahu and failed to challenge their claims about Iran’s weapons. Indeed, Schieffer presented them as facts, telling viewers about Iran’s ‘continuing effort to build a nuclear weapon’” (FAIR Blog, 7/15/13).

Even more alarming, though, was a claim from NBC Nightly News anchor Brian Williams, which opened his Friday evening broadcast on September 27.  Speaking of the surprising telephone conversation between Presidents Obama and Rouhani, Williams said, “This is all part of a new leadership effort by Iran – suddenly claiming they don’t want nuclear weapons! – what they want is talks and transparency and good will. And while that would be enough to define a whole new era, skepticism is high and there’s a good reason for it.”

Really, Brian? Suddenly? In truth, the Iranian government has constantly reiterated its wholesale condemnation of nuclear weapons and refusal to ever acquire them – for over twenty years.  Apparently the host of what is often the most-watched evening newscast in the country believes pretending the statements by Rouhani represent a sea change in Iranian policy, rather than undeniable consistency, is good for ratings.

There is literally no way Brian Williams believes this is breaking news unless he has both short-term and long-term memory loss. Why not? He himself has reported on Iran’s repudiation of nuclear weapons for years now.

On September 19, 2006, Williams asked Iranian President Mahmoud Ahmadinejad to respond to what he deemed the U.S. government position that Iran “[s]top enriching uranium toward weapons,” which made now sense in the first place since no one on the planet – including the United States – had ever claimed Iran was enriching uranium to weapons-grade levels.

Ahmadinejad replied, “We have said on numerous occasions that our activities are for peaceful purposes… Did Iran build the atomic bomb and use it? You must know that, because of our beliefs and our religion, we’re against such acts. We are against the atomic bomb.”

Williams interviewed Ahmadinejad again in late July 2008 and asked the Iranian president, “Is Iran’s goal to have nuclear power or to be a nuclear power in the sense of possessing weapons?”

Ahmadinejad again was clear: “We are not working to manufacture a bomb. We don’t believe in a nuclear bomb… Nuclear energy must not be equaled to a nuclear bomb… A bomb, obviously, is a very bad thing. Nobody should have such a bomb.”

Williams’ NBC colleague Ann Curry also conducted a number of interviewswith Ahmadinejad over the past few years during which the Iranian president expressed identical sentiments.

Nevertheless, as The Guardian‘s Glenn Greenwald puts it, “NBC News feels free to spout such plainly false propaganda – ‘suddenly claiming they don’t want nuclear weapons!’ – because they know they and fellow large media outlets have done such an effective job in keeping their viewers ignorant of these facts. They thus believe that they can sow doubts about Iran’s intentions with little danger that their deceit will be discovered.”

Despite the increasingly rapid pace of renewed Iranian and American communication and cooperation, the media’s disinformation campaign against Iran has yet to slow down.  The journalists, editors, analysts and anchors who traffic in dishonest reporting should be held accountable.

Media researchers Jonas Siegel and Saranaz Barforoush recently wrote in the Cairo Review of Global Affairs: “If the goal of news media is to act in the public interest, to hold public officials accountable, and to permit an informed public to play a constructive role in the foreign policy decisions made by their governments—in their name—then journalists ought to consider more carefully how they go about framing the facts and assessments that animate complex policy issues such as Iran’s nuclear program and how the international community could and should respond. Without considering these fundamental characteristics more carefully and reflecting a broader spectrum of viewpoints and policy possibilities in their coverage, they are liable to repeat the mistakes that contributed to disastrous policy choices in the past.”

This article originally appeared at WideAsleepinAmerica.com and has been used here with permission from the author.