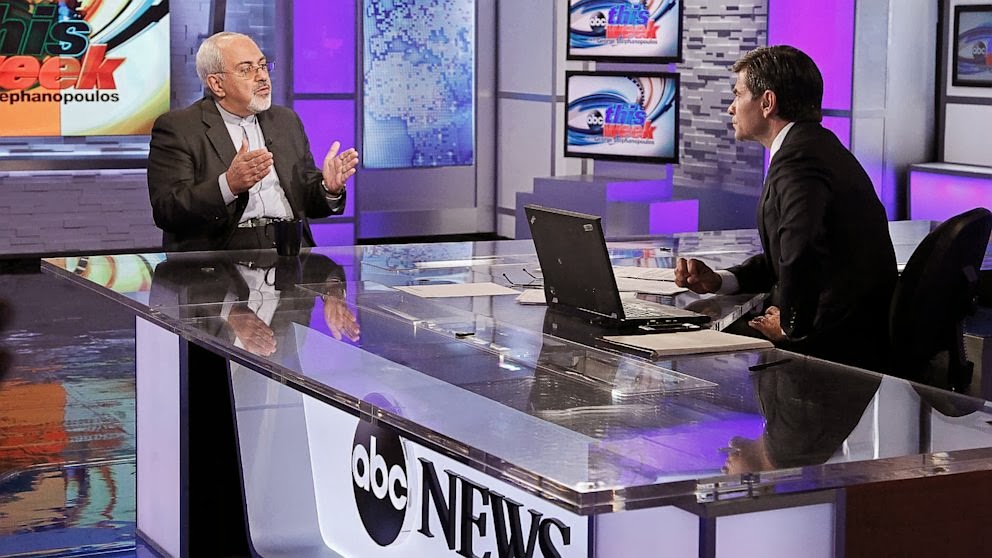 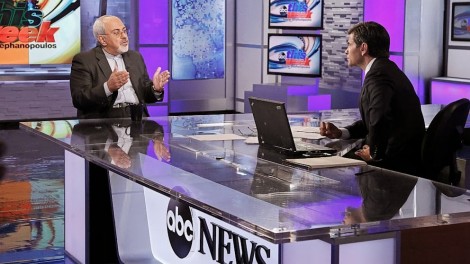 Iran’s new foreign minister Mohammad Javad Zarif appeared on ABC‘s “This Week” and addressed a number of the same questions every Iranian official is asked again and again in interviews by the American media.

George Stephanopoulos, who effectively conducted the same interview with former Iranian President Mahmoud Ahmadinejad three years in a row, asked Zarif about possible concessions Iran is willing to make over its nuclear program. By doing so, however, he revealed that he knows very little about Iran’s domestic enrichment program and the consistent findings of the International Atomic Energy Agency (IAEA).

In response to Zarif’s comment that, for negotiations to be successful, Iran’s inalienable right to enrich uranium be recognized and sanctions begin to be lifted, Stephanopoulos countered, “I understand that’s your demand. But in return, is Iran prepared to stop enriching uranium at the levels they are now enriching it?”

Iran, under strict IAEA safeguards, round-the-clock surveillance and regular intrusive inspection, is currently enriching UF6 (uranium hexafluoride feedstock) to between 3.5% and 5% U-235 for use as fuel in nuclear power plants and to just under 20% U-235 for use in medical research reactors. Both 5% and 20% enriched uranium are considered “low-enriched uranium” (LEU). Neither of these enrichment levels are close to the minimum of 90% U-235, or high-enriched uranium (HEU), needed to produce nuclear bombs.

Not only this, but Iran has been systematically converting its roughly 20% LEU into U3O8 (triuranium octoxide) metallic fuel plates for its research reactor, thus precluding the material’s further enrichment to weapons-grade and decreasing its accumulating stockpile, thus deliberately reducing the potential threat of proliferation. Nuclear physicist Yousaf Butt has explained, “This conversion essentially freezes the enrichment level and subtracts from the ‘enrichable’ gaseous stockpile used in centrifuges. It is not something that a nation hell-bent on weaponization would do.”

The Tehran Research Reactor, where these fuel plates are used, produces radioisotopes required to diagnose and treat more than 850,000 cancer patients across the country.

In short, Iran is not – and has never even been accused or suspected of – enriching weapons-grade uranium.

Yet, as Stephanopoulos’ interview with Zarif continued, it became increasingly clear the ABC host thinks it is.

When Zarif noted that, while “various aspects of Iranian’s enrichment program” are open to negotiation, Iran’s “right to enrich is nonnegotiable,” Stephanopoulos replied, “But you don’t need to enrich above 20 percent, which is only used for military purposes.”

Zarif explained, “We do not need military-grade uranium. That’s a certainty and we will not move in that direction.”

Stephanopoulos, after asking if Iran would ever allow “surprise inspections” of its nuclear facilities – something Iran already does – was told forthrightly by Zarif that Iran has absolutely no interest in producing nuclear weapons.

What was Stephanopoulos’ response? This:

“But if you don’t want nuclear weapons why enrich uranium to the levels you’re enriching uranium?,” he wondered.

Again, Iran is not enriching uranium to weapons-grade levels, so Stephanopoulos’ question makes no sense. Next time, perhaps, he’ll ask one of the hundreds of thousands of Iranians suffering from cancer why they think their government is enriching uranium to the levels it does.

With media personalities like Stephanopoulos, it is no wonder that the American public remains misinformed and mislead on basic facts about Iran’s nuclear program.

This article originally appeared at WideAsleepinAmerica.com and has been used here with permission from the author.