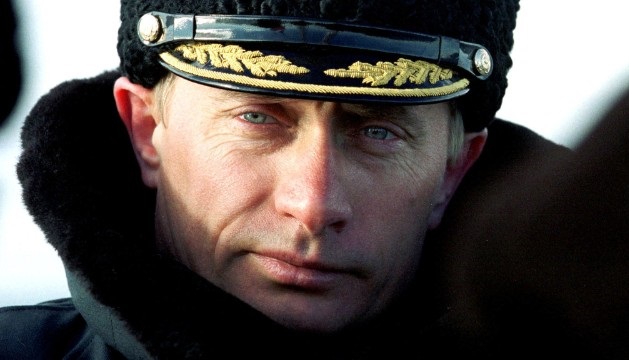 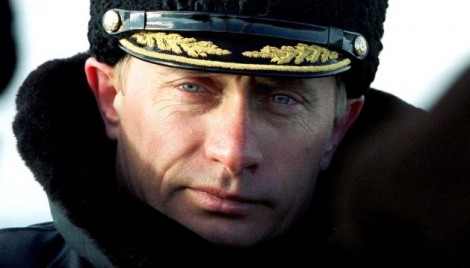 Many US media commentators were fairly accurate in labeling some of the language used by Russian President Vladimir Putin in a New York Times article as “hypocritical”. But mainstream US media should be the last to point out anyone’s hypocrisy as it has brazenly endorsed every military intervention unleashed by their country since World War II.

Putin’s statement, “we must stop using the language of force and return to the path of civilized diplomatic and political settlement,” merits serious scrutiny. Considering that violence has been a readily available option in Russia’s own wars from Afghanistan to Chechnya and Georgia, the language of dialogue and civilized political settlements have been rarely exercised.

However, independent from that context, Putin was surely correct in his assessment of US behavior. It was indeed difficult to point out any palpable inaccuracy in Putin’s NYT’s article published on the 12th anniversary of the September 11, 2001 attacks.

“It is alarming that military intervention in internal conflicts in foreign countries has become commonplace for the United States,” Putin wrote. “Is it in America’s long-term interest? I doubt it. Millions around the world increasingly see America not as a model of democracy but as relying solely on brute force, cobbling coalitions together under the slogan ‘you’re either with us or against us.” (Interestingly, this was the same conclusion reached by the China Daily in its editorial the next day.)

Putin’s statement was not just true, but precise, highlighting the very essence that has defined US foreign policy since the end of the US-Soviet Cold War, and the US-led military campaign against Iraq in 1990-91. The model of “cobbling coalitions together” was used then as the US emerged as the lone superpower. This allowed it the space to reconfigure the world’s geopolitical scene in any way it deemed necessary and suitable to its own, but also Israeli interests. It had done so repeatedly and with little hesitation. Its invasion of Iraq in 2003 was the pinnacle of that model. Millions of people were left dead and maimed while millions more were forced to franticly run for their lives.

The US-invited horror was hardly mentioned when Western “liberal” commentators cleverly called attention to all of Putin’s and Russia’s perceived failures. Simon Tisdall tried to take Putin to task on his piece in the British Guardian on September 12 by offering readers selected “translations” of the Russian president’s text.

Using an intellectually demeaning approach of “translating” what could be obviously understood by any average reader of world affairs, Tisdall even contended with Putin’s statement that “it is extremely dangerous to encourage people to see themselves as exceptional, whatever the motivation … We are all different, but when we ask for the Lord’s blessings, we must not forget that God created us equal”.

“Translation: this passage takes the biscuit for sheer chutzpah,” Tisdall wrote. But what is Tisdall’s view on the very “sheer chutzpah” of invoking American exceptionalism at every turn by the US’ own leaders—from warmongers like George W Bush to Nobel Peace Prize winners like Barack Obama. Hasn’t American exceptionalism cost the world so dearly? A lethal assortment of shocks and awes and unmanned drone warfare is all being sold in the name of human rights, democracy, and of course, in the name of God.

Putin is not exactly a peacenik, but his country has indeed succeeded in breaking, at least for now, a predictable pattern of American military interventions in the Middle East which are mostly aimed at ensuring Israel’s military and political supremacy and suppressing its foes or potential enemies. This is in addition to safeguarding US energy supplies and keeping economic contenders at bay.

For this reason it was of little surprise that the first country that US Secretary of State John Kerry planned to visit following his talks with his Russian counterpart Sergei Lavrov in Geneva on September 14, was Israel. Kerry and Lavrov met to discuss, and later agreed to the details of the dismantling of Syria’s chemical weapons arsenal, which was understood as the only viable way to avert a US military strike.

The proposal was fully Russian, hence Putin’s public relations campaign, and his New York Times article. The US, alienated after years of warmongering, had to accept the Russian proposal. Any other option would have had unpredictable, but likely catastrophic outcomes.

Tellingly, Kerry opted for a meeting to debrief Israeli Prime Minister Benjamin Netanyahu before conversing with his European Union allies. Of course, Israel will now try to influence the pursuit of Syria’s chemical arsenal the same way the US and its Western allies manipulated the UN inspectors’ work to dismantle Iraq’s non-existent nuclear weapons program.

It must have been a major disappointment for Israel’s neo-conservative friends and lobbies in the US that neither war nor “surgical strikes” are in the offing. It goes without saying that the lives of 100,000 Syrians or the plight of six million refugees are not a factor in their discontent. Middle East expert and author Jeremy Salt had a lot to say about the “carefully crafted (and) deceitful campaign,” unleashed by the Israeli lobby.

In “Israel’s Lobbyists Pushing Hard for another War in the Middle East,” and after a careful examination of their public statements, Salt explains the new approach used by the Israel lobby, which carefully avoided any reference to Israeli interests. The major point of the campaign is that this war is “not about Israel (but) about America’s national interest (and) about punishing a government which has used chemical weapons on its own people”.

Israel has killed too many Arabs to worry about the death of some more, and the brutality of the Syrian government or its opposition has never been a concern to Israel and its lobby. For them, another American war is yet another opportunity to knock down an old adversary, engender further chaos and bask in the glory of being “the only democracy in the Middle East” among a sea of tumultuous, unruly neighbors. However, lack of appetite for intervention has thwarted the plan for now, leaving the US and Israel searching for new options to maintain their relevance in a region of quickly shifting balances.

The anger directed at Putin’s article has a lot less to do with Putin’s own legacy as a leader, and much more to do with the frustration that new players in the Middle East are now successfully involved in a “game” that has for decades been dominated by if not reserved for Western powers and their allies.