Syria and Lessons Unlearned from the U.S./NATO Bombing of Kosovo 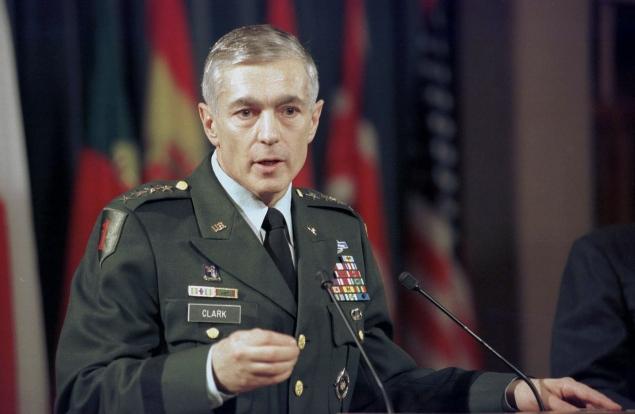 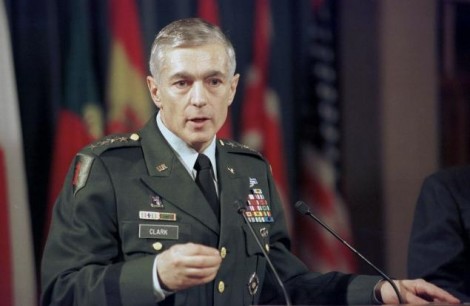 One theme we repeatedly hear about the Obama administration’s plan to bomb Syria is that the U.S./NATO bombing of Kosovo serves as a model. An examination of the reason for this is instructive.

It is well understood that the U.N. Security Council (UNSC) will not authorize this use of force against Syria, particularly given Russian opposition to such action. And short of using force in self-defense against armed aggression or with authorization from the UNSC for a specific mandate, such as to protect civilians, any resort to force against another country is under international law an act of aggression, defined at Nuremberg as “the supreme international crime”.

Incidentally, Nazis were hanged at Nuremberg not only for waging aggressive war, but for conspiring to. Obama is already a war criminal, such as for his illegal bombing of Libya (and, no, the UNSC emphatically did not authorize the use of force to implement a policy of regime change by supporting the armed rebels whose ranks included al-Qaeda affiliated Islamic extremists); but he could be prosecuted under international law just for his efforts to gain support for bombing Syria, even if this doesn’t come to pass, since this is the crime of conspiracy to commit aggression.

Obama, being a lawyer, is presumably aware of this, which is presumably why he wants to get the Congress to “authorize” his war despite declaring for himself the power to do it without any Congressional authorization, even though the founders of the U.S. Constitution recognized the dangers inherent in giving one man such authority and so didn’t grant this power to the Executive branch, but to the Congress (Article I, Section 8). Obama, being a Constitutional lawyer, is presumably aware of this, also.

The thinking is that there would be strength in numbers; that is, if most members of the government are complicit in this crime, there is less likelihood that there will be any prosecutions for war crimes. Obama would argue that he was merely following orders and doing his job to execute the will of the Congress; that it was Congress, elected to represent the people, who “authorized” the war (still nevertheless illegal under international law, and thus, also ipso facto in violation of the U.S. Constitution, since the body of treaties comprising international law to which the U.S. is party are, like the Constitution itself, “the Supreme Law of the Land”). Thus, he would point his finger and try to pin responsibility on Congress — and by extension, the American people themselves, even though polls show that public opinion is against the bombing — if any charges were to be brought against him, an unlikely occurrence, but nevertheless one he deems it wise to have an insurance policy against.

Of course, this defense wouldn’t fly, either, as another principle established at Nuremberg is that “Individuals have international duties which transcend the national obligations of obedience. Therefore individual citizens have the duty to violate domestic laws to prevent crimes against peace and humanity from occurring.” Furthermore, “The fact that a person acted pursuant to order of his Government or of a superior does not relieve him from responsibility under international law, provided a moral choice was in fact possible to him.”

But Congressional “authorization” would at least give Obama a fig leaf to hide behind.

Returning to the U.S./NATO bombing of Kosovo, the reason it is hailed as a model for Obama to follow in Syria is that it gave rise to the concept of “illegal but legitimate”, invented by the Independent International Commission on Kosovo (headed up by one Mr. Richard Goldstone, perhaps more well known for co-chairing the U.N. fact-finding mission into Israel’s assault on the Gaza Strip from December 27, 2008 to January 18, 2009, which found that both Israel and Hamas had committed war crimes) to try to ex post facto justify the bombing.

The bombing was “illegal” because it met neither of the only two conditions under which the use of force is considered legal under international law. Yet it was nevertheless paradoxically deemed “legitimate” on the grounds that it was a “humanitarian” intervention executed to protect civilians on the ground and put an end to the ethnic cleansing of ethnic Albanians.

Apart from the inherent self-contradiction of the “illegal but legitimate” doctrine, this standard official narrative of the U.S./Kosovo bombing is a fiction.

The truth of the matter is that the bombing served not to mitigate but to escalate the violence on the ground in the former Yugoslavia, resulting in a higher civilian death toll in its first three weeks than had occurred during the three months prior, when the “humanitarian catastrophe” had occurred that had ostensibly served as a pretext for the bombing.

In the year before the bombing, 2,000 people had been killed and several hundred thousand had become refugees, according to NATO, most of the victims being ethnic Albanians. According to U.S. intelligence, the number of internally displaced was 250,000. The U.N. High Commissioner for Refugees (UNHCR) reported a similar figure of 230,000. But after less than two weeks of bombing, the UNHCR reported that 350,000 refugees had fled Kosovo just since the bombing began, and by the time it stopped put the number of refugees at 671,500.

NATO Commanding General Wesley Clark explained that it was “entirely predictable” that the atrocities on the ground would escalate as a consequence of the bombing. “The military authorities fully anticipated the vicious approach that Milosevic would adopt, as well as the terrible efficiency with which he would carry it out”, he confessed.

The Chairman of the U.S. House Intelligence Committee, Porter Goss, similarly observed that, “Our intelligence community warned us months and days before that we would have a virtual explosion of refugees over the 250,000 that was expected as of last year, that the Serb resolve would increase, that the conflict would spread, and that there would be ethnic cleansing.”

Goss remarked further that, “One of the consequences surely would be that if you stick in this nest, you’re going to stir it up more, and that was one of the things that might have happened and in fact that is one of the things that did happen because Milosevic did in fact, instead of caving in, he reacted by striking back harder against the Kosovars, harder, more quickly, more ruthlessly.”

The intelligence community’s predictions in that regard “were very accurate”, Goss boasted.

All of this led BBC reporter Gavin Hewitt to remark, “A NATO campaign intended to protect the Albanians appeared to accelerate their misery. Western governments were shocked by the speed and brutality of a forced exodus, but the White House accepts that some ethnic cleansing was expected.”

But never mind the actual facts. They may be swept down the memory hole. Thus, a bombing that not only did result in an escalation of atrocities on the ground but was expected to could be reframed as a “humanitarian” intervention and stamped with the Orwellian label of “illegal but legitimate”.

While the standard official narrative in the U.S. mainstream media is that the Obama administration has been reluctant to get involved, with regular criticisms that he should not have stood on the sidelines so long before taking action in support of the rebels, the truth is that the U.S. has long since been intervening on the side of the rebels to implement a policy of regime change. The CIA since at least May 2012 has been coordinating the flow of arms to the rebels, whose ranks include al-Qaeda affiliated organizations Jabhat al-Nusra and Islamic State of Iraq and the Levant, with most of the arms ending up in the hands of the Islamic extremists.

This, too, of course, was swept down the memory hole, replaced by the end of last year with the narrative that the U.S. has been too-long on the sidelines and must intervene to mitigate the violence. Never mind the fact that the U.S. has already been intervening and in a way that has served only to prolong the conflict and escalate the violence on the ground.

And as was the case in Kosovo, there is an expectation that any U.S. bombing of Syria would serve only to further escalate the atrocities taking place there.

The case of the U.S./NATO bombing of Kosovo is indeed a useful model for Syria, if the right lesson is drawn from it.