Supporting Terrorists is not a New Policy for the U.S.: Prof. Lawrence Wilkerson 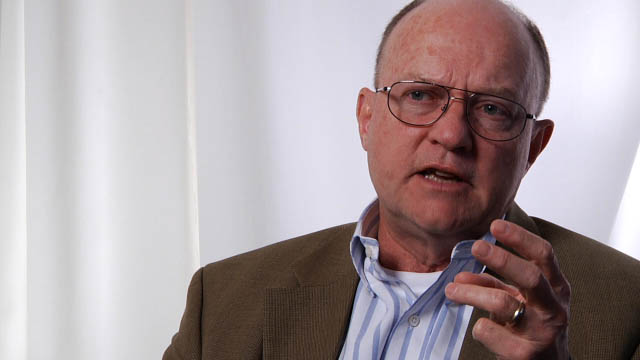 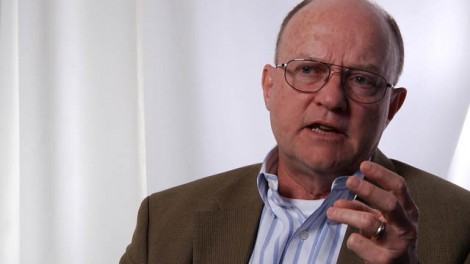 The election of Dr. Hassan Rouhani as Iran’s 7th president renewed hopes around the world that a new era of interaction and cooperation between Iran and the international community will begin soon. The government of “prudence and hope” promised to improve Iran’s foreign relations and find a negotiated solution to Iran’s nuclear stalemate after almost one decade of confrontation and dispute.

Iran has had no official ties with the United States for nearly three decades, and relations with the U.S. have always been a controversial and contentious point in Iran’s foreign policy. President Rouhani has pledged to find a way for settling the disputes with the United States, if the officials in the White House and Congress recognize and admit that talks based on mutual respect and on equal footing should replace the language of sanctions and threats against Iran.

In order to investigate the future of Iran-U.S. relations, Washington’s approach toward Iran following the Islamic Revolution in 1979, the White House’s reactions to the election of President Rouhani in Iran’s June 14 presidential elections, and the missed opportunities of reconciliation between Iran and the United States, I conducted an interview with Lawrence Wilkerson, political scientist and former U.S. Army Colonel and chief of staff to United States Secretary of State Colin Powell.

Wilkerson has been a vocal critic of the U.S. foreign policy after stepping down and has written several articles and taken part in different interviews rebuking the Iraq War and the United States’ tacit and implicit sponsorship of global terrorism.

Prof. Wilkerson kindly accepted my request for an interview and responded to some of my important questions. What follows is the text of the interview.

Q: In his State of the Union Address on January 29, 2002, President George W. Bush talked of an Axis of Evil which stretches from North Korea to the Middle East and encompasses Iran and Iraq. He called Iran a threat to the international peace and security. This is while Iran’s former president Mohammad Khatami, who was a reformist figure with a reconciliatory foreign policy based on détente and easing the tensions with the West, had cooperated with the United States and the EU on a number of issues and his promotion of the idea of the Dialogue of Civilization was embraced internationally. Don’t you think this branding Iran a member of the so-called Axis of Evil was a strategic mistake by President Bush?

A: This was a strategic mistake if the strategic objective one imagines the U.S. pursuing is advancing the fundamental interests of the U.S., its allies, and friends in the world and, importantly, if one’s overall objective is world peace. It was not a strategic mistake if the strategic objectives of the U.S. were turmoil in western Asia, support of Israel’s continued aggression, increased U.S. control over the region’s oil reserves, and a state of perpetual war. Two of the three members of the Axis harbor close to a quarter of world oil reserves; Israel’s aggression has not ceased—indeed, it has increased; and the region is in turmoil.  The U.S. is in an interminable state of war. The Axis of Evil speech helped to achieve these results. Some people in the U.S.—and Israel—wanted these results.

Q: So you think certain extremist elements in Washington and Tel Aviv benefit from confrontation between Iran and the United States. What about the state of bilateral relations between the two nations under President Khatami? He had signaled his willingness to engage in bilateral negotiations with the United States when he was in power. He was one of the first world leaders who sent a message of condolences to the U.S. government following the 9/11 tragedy. However, it seems that President Bush was not willing to react positively as he turned down Khatami’s message. Can we consider President Bush guilty for the failure of the attempts to bring Iran and the United States to the negotiation table?

A: President George W. Bush was not sufficiently knowledgeable to have contrived to produce failed diplomatic circumstances with Iran.  His Vice President, Richard Cheney, worked to produce this failure. Cheney maintained an adamant policy that there would be no negotiations with Iran. He sold this policy to the unwitting President. Later, in 2003, when there was again an opportunity to start meaningful negotiations with Tehran, Cheney had captured the entire government with his views. Even Secretary of State Colin Powell opposed the Iranian initiative in 2003. See my answer to your question number one: Cheney is one of those who wanted the results I have described in my answer.

Q: It’s widely known that the CIA had close ties with the Afghan rebels in 1990s that later on formed and shaped the inner circles of Al-Qaeda and Taliban. The United States had supported the Afghan Mujaheedin to fight the Soviet forces in 1990s. Do you deny the view that the U.S. furtively provided arms and dollars to the Taliban and Al-Qaeda prior to the 9/11 attacks?

A: I do not deny it at all. The U.S. is as much responsible for the Mujahidin who fought against the Soviets in Afghanistan as any other factor. The CIA term for this sort of activity is “blowback”.  What it means, simply, is that secret actions taken by the CIA in one period, come back to haunt the U.S. in a later period.

Q: Prominent investigative journalists and political commentators Seymour Hersh and Glenn Greenwald have released reliable evidence that the CIA, with the help of Israel and Saudi Arabia, has been providing arms, ammunitions and financial support to the exiled anti-Iranian terrorist cult Mujahedin-e-Khalq (MEK) in the past 10 years in a bid to impose political pressure on Iran. Do you confirm these clandestine and underground ties?

A: I cannot confirm these ties because I have not had an active security clearance since 2005.  However, if I were a betting man, I would bet that what Hersh and Greenwald asserted is correct.

Q: Let’s get to the next question. The U.S. played its last card in 2012 by removing the MEK from its list of foreign terrorist organizations. What’s your viewpoint on this controversial decision? Isn’t it a dualistic and somewhat hypocritical approach toward terrorism and human rights?

A: The U.S. move to delist the MEK was a very hypocritical move—and even a very stupid move.  It was based on a passionate but irrational dependence on Israel, large amounts of money changing hands, and an utterly unreasonable desire to punish Iran through any means possible. The MEK are bloodthirsty terrorists. But the U.S. harbors Luis Posada Carrilles in its very midst, the terrorist responsible for bringing down a Cuban airliner in 1976 and killing everyone on board, and for bombing Havana hotels in 1997. So supporting terrorists is not a new policy for the U.S.

Q: One question on the growing wave of Islamophobia in the United States. The Muslim minority in the United States has been under a lot of pressure in the past years, and it’s widely believed that the Bush administration, with his fierce anti-Islamic rhetoric, contributed a great deal to the promotion of Islamophobia and the portrayal of Muslims as a fanatic and extremist group of people. The Muslims have been denied their basic rights in the West following the 9/11 attacks, and were shown as terrorists who want to debilitate the Western democratic values. What’s your take on that?

A: I don’t believe President Bush was that unwise; in fact, he went out of his way to state publicly that the U.S. was not at war with Islam. However, other people in the U.S.—some of whom are quite wealthy—began a campaign to denigrate Islam and Muslims in general. They made movies, ran public advertising, and gave talks aimed at vilifying Islam and Muslims. They are still doing it. Many of these elements are connected directly with right-wing elements in Israel.  I believe they are also connected to people such as Richard Cheney and Karl Rove.