No one appointed the United States the world’s policeman: Sheldon Richman 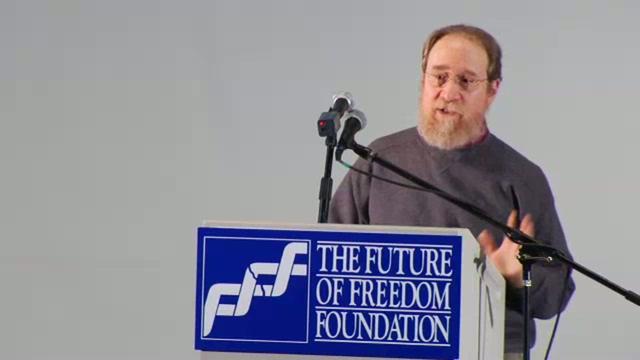 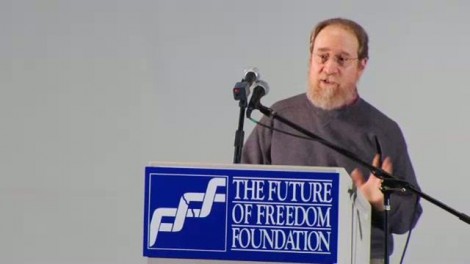 Prominent American author and political scientist Sheldon Richman believes that even if the government of President Assad has used chemical weapons, there’s no way to justify a possible U.S. military strike against Syria.

“For some time, American presidents have assumed the prerogative to launch or enter wars unilaterally and imperialistically. This has been done to achieve the geopolitical and economic objectives of a ruling elite. Congress, shirking its responsibility, has refused to stand in the way, but that is because most members of Congress share the ruling agenda. The results have been tragic for the foreign victims and for the American people,” said Richman in an interview with Fars News Agency.

Sheldon Richman is the former editor of The Freeman, a magazine published by The Foundation for Economic Education. His articles on foreign policy issues have appeared on a number of international publications including Washington Post, Wall Street Journal, Chicago Tribune, USA Today, Christian Science Monitor, and Counterpunch. He is currently the vice president of The Future of Freedom Foundation, a Washington-based think tank that promotes peace and friendly relations between the world nations.

According to Richman, President Obama does not have the popular support at home and abroad to wage a war against Syria, but the imperialist nature of the U.S. government might propel him to realize the pernicious agenda of a new military adventure in the region.

What follows is the text of FNA’s interview with Sheldon Richman.

Q: The United States is inching close to going into a new war in the Middle East. They have resorted to the excuse that Syria has used chemical weapons against its own civilians. How realistic and honest is this claim? Can it be a logical justification for launching a military strike against a sovereign, independent state?

A: I am no expert, and I certainly have not been to the scene, but the reports from McClatchy Newspapers, Gareth Porter, and others give reason to doubt the U.S. government’s case. However, even if Assad used those weapons, it would not justify a U.S. military strike. No one appointed the United States the world’s policeman. There is no basis in international law or in the U.S. Constitution for a strike.

Q: It seems that the U.S. President Barack Obama has retreated from his unwavering position for attacking Syria by seeking legal authorization for the military strike from the Congress. What does this strategic setback portend for the United States and the Middle East? Does it mean that the United States is not powerful enough to set off for a new military adventure in the region?

A: I think Obama looked at public opinion polls and the results in the British Parliament and saw that he had no support. He also has no backing from the UN or NATO. So he needs cover from Congress. What happens now? If Congress votes to authorize the strike, he will go ahead. If it votes no, Obama has problems. He says he has the authority to strike anyway, but politically it will look bad to defy the Congress. NBC now quotes White House sources saying no strike would be made if Congress refuses to authorize it. This is a reversal of what was reported previously.

Q: From what we know about the U.S. Congress and the fact that it’s dominated by pro-Israeli lawmakers, what’s your prediction about their possible decision about President Obama’s petition for war on Syria? Will they yield to the Israeli pressures and finally give the green light for a U.S. attack on Syria?

A: Israel’s leading American lobby, AIPAC, is working hard to win support in Congress for a strike. For that and other reasons, Congress will most likely vote yes. I hope I am wrong. The delay and lack of support are setbacks for the war hawks, but they may well get their way in the end.

Q: It’s indisputable that a U.S. war against Syria will bring the whole world into a state of turmoil and unrest. Even now that the U.S. is pondering upon the military action, sectarian violence is taking in Iraq, Turkey and claiming more lives inside Syria as the extremist Al-Qaeda forces are going through fire and water to destabilize the region. What’s your viewpoint about the current situation in the Middle East?

A: We are living with the consequences bequeathed us by the British and French imperialists after World War I, when the victors carved up much of the Middle East, drawing arbitrary lines in the creation of artificial states, and laid the groundwork for the state of Israel in Palestine. A reset was inevitable sooner or later, and it is now happening. Unfortunately, Islam has not been allowed to find its way into the modern world without violent interference from the West. There is no smooth way forward at this point. The best thing would be for the United States to leave the region to its own devices. It should “do no harm.” America should stop propping up corrupt monarchies and should stop enabling the Israeli occupation of Palestine. With its record, it cannot be an honest broker. It is time to quit the region.

Q: Several U.S. Congressmen have warned that any military action on Syria without the approval of the House will be illegal and unconstitutional. The U.S. has embarked on several such illegal and unconstitutional actions before. Why does the United States allow itself to attack sovereign nations unilaterally and without legal grounds? Is this a characteristic feature of the imperial power the United States is the pioneer thereof?

A: For some time, American presidents have assumed the prerogative to launch or enter wars unilaterally and imperialistically. This has been done to achieve the geopolitical and economic objectives of a ruling elite. Congress, shirking its responsibility, has refused to stand in the way, but that is because most members of Congress share the ruling agenda. The results have been tragic for the foreign victims and for the American people.

A: A U.S. attack, which would come in the absence of a threat against the United States, would indeed violate international law. Unfortunately, there is no one to hold the Obama regime accountable.

Q: The United States government regularly reprimands other countries for their violation of human rights. However, these countries are mostly those with which the U.S. is not allied. As a result, Washington turns a blind eye to the grave violation of human rights in Saudi Arabia or Bahrain, and now is silent about the unspeakable atrocities the Al-Qaeda and Saudi-backed terrorists are committing in Syria and against the supporters of President Assad. How is it possible to justify this dualistic approach?

A: It is not possible to justify it. The stench of hypocrisy has long emanated from Washington, D.C. While the U.S. has demanded that Syria eliminate its stockpile of chemical weapons, it will not demand the same of Israel, which never ratified the Chemical Weapons Convention. It also has stockpiles of biological and nuclear weapons. Another U.S. ally in the region, Egypt, has also not ratified the CWC.

Q: President Obama seems to lack a public support for going into war with Syria, and that is the reason why he was so feverish to launch the attack even before the UN chemical weapons inspectors could release their report. So, can we conclude that the alleged use of chemical weapons in Ghouta by the government was simply a pretext and that President Obama had intentions other than “humanitarian concerns” for attacking Syria?

A: Absolutely. This is not about humanitarian concerns at all. It is a way to strike at Iran and Russia, which challenge U.S.-Israeli hegemony in the region. In the past the U.S. has blocked peace talks between Israel and Syria. It backs brutal governments in the Middle East. It has supported Israel’s onslaughts against the Palestinians and Lebanese. It supported Saddam Hussein’s use of chemical weapons against the Iranians and the Kurds in the 1980s. It has unclean hands.

This article was originally published by the Fars News Agency and has been used here with permission from the author.